I know my kids aren’t ready for social media, but my eleven-year-old has “merch” for his YouTube channel. He designed the logo himself, came up with the name, the whole nine yards. He has a t-shirt with his logo, proudly sports his channel baseball cap, and even has marketing materials like postcards, stickers, and a pen.

The only thing he doesn’t have to go with this “merch” is a YouTube channel.

The entire thing is fantasy-play, just as we used to picture ourselves singing to sold-out stadiums and accepting our Oscars. He isn’t even allowed to make comments on YouTube videos.

My children are not allowed to participate in social media of any kind, and won’t be for some time. 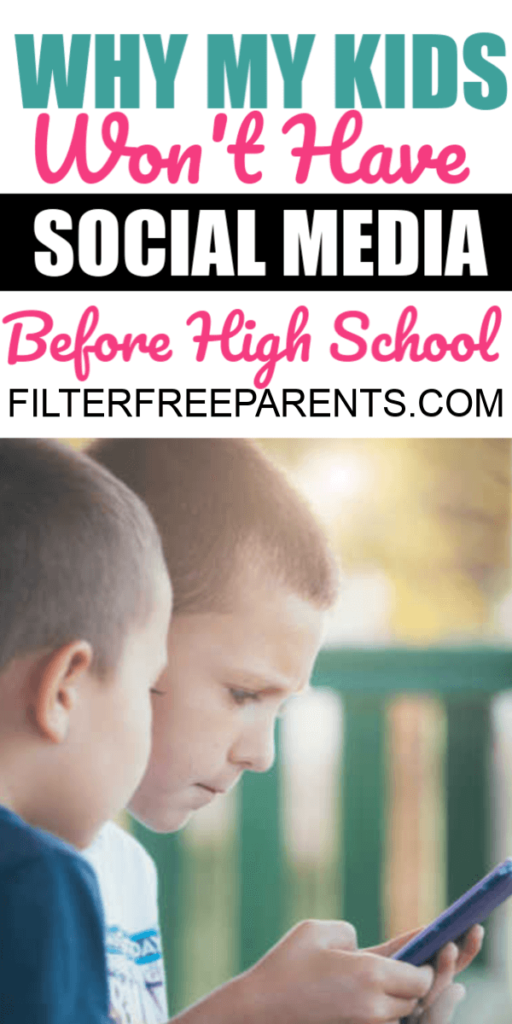 This is a given for my six-year-old, but at eleven, my oldest son might be in the minority amongst his peers. He hasn’t complained, or begged, or even asked as of yet – he knows better, we have made our stance and our reasons for it clear – but I suspect this will change when he enters middle school next year. He is already one of the few kids in his cohort who doesn’t have his own device of any kind.

It isn’t that we are overly strict as parents in general, we’re really not. It isn’t even that we are against screen time, in fact, as I write this on my laptop, my eleven-year-old is watching a movie on my phone.

They get plenty of screen time on a variety of devices – they just don’t own those devices, and none of that time is on social media. We will likely get my oldest a phone to keep in touch with us at the point in time he is going places without us – but the social media is going to wait until high school, and we are firm on that.

To make it clear, I do not judge people who do let their children use social media.

Like almost all parenting decisions, there isn’t a right or a wrong way to handle this kind of thing with kids – it’s about knowing your kids and doing what works best for your family. If social media fits into your parenting, I’m happy for you and in no way do I judge that decision. Certainly many of my friends’ children happily and healthily use social media. But it isn’t right for our family.

There is some irony in this decision. My children would not exist without social media.

I met my husband of thirteen years and counting in a chatroom when I was eighteen. We talked online for six years, then met in person, got married, and had children. I am eternally grateful for the invention of social media. It changed my life, and not just because I met my husband. As a painfully shy person, social media opened up a whole world of interaction and friendship to me.

To date, most of my friends live in my phone. I love social media, and one day, I hope my children do too. 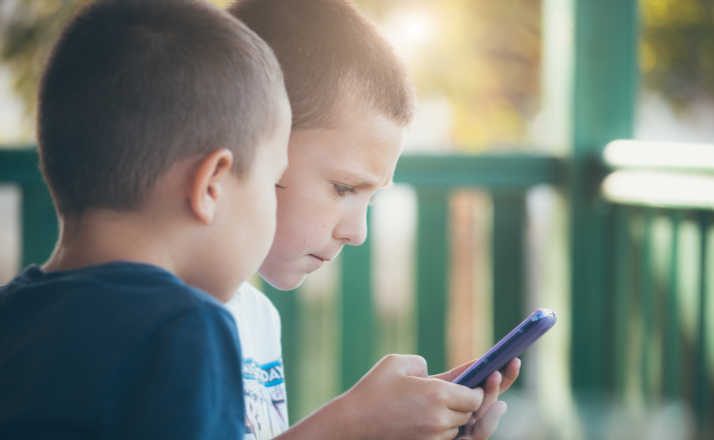 I was sixteen when I began using social media, which at the time was chatrooms exclusively.

I was catfished. I was cyber-bullied. I had one virtual friend string me along for nearly a year, making me believe I had formed a real friendship, only to find out that I had been a joke to her and another chat member the entire time. All this in simple chatrooms, where I didn’t even have my picture on display and nothing was permanent or searchable. Social media today makes all of this and more that much easier.

There is a big difference in the ability to handle social media at sixteen and eleven years old. My kids aren’t ready for social media yet.

I had been taught about social media safety, even with the technology being so new. I teach my children the same. But I was sixteen, and the difference in ability to handle these breaches of trust at sixteen versus eleven, or even thirteen, is monumental.

I also had many years of friendship that didn’t involve social media under my belt before joining the virtual world.

I had a better grasp of self before putting myself into a place where others were literally quantifying my value with likes, shares, and comments. I worry about what that constant feedback does to children in the throes of puberty who are still figuring out who they are.

They will have their teen years and adulthood to enjoy the wonderful world of social media and all it has to offer.

But right now, I’m content to let them live in the innocence of the real world a while longer. When they are a bit older, with a firmer grasp of their own identity, and a practiced skill-set for handling the dangers and rejection lurking in the virtual world, I will sign them up myself. In the meantime, play-merch will do.


Mom’s Viral PSA Warns Of The …