As parents, there are a lot of things we’re afraid of. We’re scared our kids will die. We worry they’ll be abducted. We fear for their safety on a daily basis.

But one thing we shouldn’t have to fear is the overzealous onlooker who is judging our parenting style and calling Child Protective Services if they disagree with it.

We’ve all experienced the ignorant judgement of strangers. Plenty of people have told us that they thought our babies were too cold, too hot, are going to pinch their fingers or get hit by a car.

The idea that we are not already aware of these risks and taking the necessary precautions is preposterous. But the possibility that one of these people might fear for the safety of our children enough to involve the authorities is absolutely terrifying… and totally possible.

According to an article in The Atlantic by Conor Friedersdorf, 3.2 million children in the US every year are checked up on by CPS, but 2.5 million of those kids are “declared non-victims.”

That means that 78% of all kids reported to Child Protective Services are deemed to NOT be in danger.

I know that there are times when it’s better to investigate than not because abuse or neglect seems likely. But not 2.5 million times.

Some of those might be kids who were being abused or neglected, but whose parents changed their ways enough to not have the kids removed from the home. But according to the article, a full third of all kids who were actually removed from their homes during investigations in 2001 were found not to be “maltreated at all.”

I can’t imagine the horror of having my kids taken away from me, even temporarily, when they’re not being maltreated AT ALL.

Most of these reports are not made by strangers off the street. About 77% of reports are made by professionals, friends, relatives and neighbors who actually may know the families.

Whatever the reason people feel the need to get involved, we’re begging them: please don’t judge us harshly. We’re most likely good parents doing the best we can.

And for the love of all that is holy, do not call the cops on us. Here’s why: 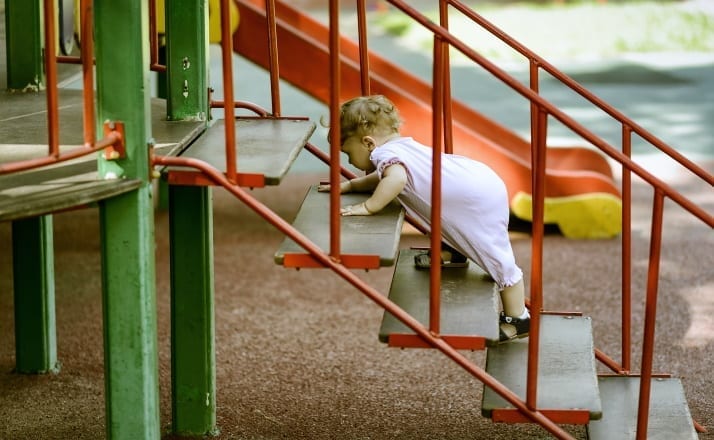 It’s none of your business.

Whether or not our children are wearing socks is of no concern to you. Why our kids are throwing a tantrum in a store isn’t your problem. If we think our kids are mature enough to walk to the park alone, that’s our call, not yours. Our parenting shouldn’t matter to strangers at all.

Child abductions are rare. According to this article by Virginia Postrel,

The chances that a stranger will abduct and kill or not return a child, the great fear driving the new norm, is about 0.00007 per cent or one in 1.4 million annually.

The reality, according to Postrel:

It’s much more dangerous to drive a child somewhere, or even to walk with one across a parking lot, than to leave a kid alone in a well-ventilated car.

It’s important to know how rare these things are so we don’t inflate them in our minds and become hypervigilant about unlikely risks. It doesn’t help anyone to be paranoid.

We’re always lamenting that the iPad generation spends way too much time staring at their screens & not enough time playing outside in the fresh air.

But how are we supposed to let them play outside if we’re afraid a stranger will call 911 if they see our kid playing alone in the front yard? I’m much more afraid of that than of a stranger kidnapping my child because it’s much more likely to happen.

There’s something wrong with our society if we have to fear an overzealous, well-meaning do-gooder more than we fear bad people.

We could stand outside and supervise our kids while they play, and of course, we do that for our younger children. But there comes a point when kids need the freedom to play as they wish.

They need unstructured free time where they can plan their own activities and run free without us hovering over them, micromanaging their playtime.

Honestly, I don’t want to stand outside and watch my nine-year-old play with her friends. I’d rather get the dishes done in the house, supervise the toddler in the backyard, or better yet, sit on the couch and read a book.

We’re burning ourselves out thinking we have to supervise all the activities and do all the things for our kids.

Parents have needs too, and as long as the kids are fine, we should feel good about doing what we need to do to take care of ourselves.

Most parents are making reasonable choices about their kids’ safety.

If I lay on the couch all day in a drug-induced haze while my toddler tries to use the stove, I give you my permission to call Child Protective Services.

But I won’t do that, because I’m not abusive or neglectful.

I’m a typical mom, and like most typical moms, I worry about doing this mommying thing right. The vast majority of us are trying our best to do right by our kids, and we’re actually doing a pretty good job of it.

It’s likely that strangers are hung up on their OWN opinions.

Strangers might think a child is too young to be left alone, but we don’t have to agree with them. They might think my baby’s feet are cold, but they might be wrong.

Generally, the people judging us harshly are not the people who see us on a regular basis. They aren’t even nosy neighbors or overly-involved extended family, but strangers.

They are people we’ve barely met, people who don’t know the first thing about us, our children, our situation, or what kind of parents we are.

To make assumptions about someone they just met, happened to glance at on the street, or even see occasionally at the park is irresponsible.

Your opinions are going to be ignored anyway.

Let’s be honest, how often has someone given you unsolicited advice and you actually took it? Never? Same here.

If someone calls me out on something I’ve done “wrong,” I’m probably not going to change my ways. If someone tattles on me for the way I’m parenting, I’m going to get defensive, not want to cooperate.

Chances are, if I’m parenting my kids a certain way, I’m doing it on purpose; a person’s advice or reports aren’t going to change my ways. Not willingly, anyway.

For those tempted to give out unsolicited parenting advice, or worse, call CPS on someone who doesn’t parent their child the way you think they should, here’s what they can do instead:

Unless they’re seeing obvious abuse/neglect, they should leave us alone.

Assume we’re doing our best and that we either have a different parenting style than you, or that we’ve made a simple mistake. Give us the benefit of the doubt, too.

If you see my two-year-old walking down the street, please don’t call the cops. Just tell me about it. It doesn’t mean I don’t take care of him. It just means he learned how to unlock the front door while I was using the restroom for two minutes. It could happen to anybody.

If someone is struggling with his or her kids, instead of silently (or loudly) judging them, offer to help. There are things that can be done that are more helpful to a frazzled parent than criticizing them or tattling on them for being imperfect.

They say it takes a village to raise a child. But that village doesn’t have to involve nosy strangers.

I’m just as eager to have “the village” help me out as the next frazzled mom. But there’s a limit to how much outside “raising of my child” that I can take.

Just because it takes a village does not mean that any interfering do-gooder off the street has a right to start parenting our children. And we certainly don’t need them telling us how we should be doing it.

Or worse, calling the cops on good parents just doing the best they can.