When we hear the word “pastor” or “priest,” we usually think of people that are meant to represent their faith and good things. But, this isn’t a feel-good story. At all.

Recently, one man used his position of faith and power to seduce, lie, and then cover up his actions. And unfortunately, it’s not a story, either.

Recently, a man named Pastor John Lowe II, standing in front of the church congregation at New Life Christian Church and World Outreach in Warsaw, Indiana, admitted that he had sinned in his past and committed adultery.

While he held the microphone and openly admitted to this, he then asked for forgiveness from the congregation.

“I committed adultery. It was nearly 20 years ago. It continued far too long. It involved one person and there’s been no other.” 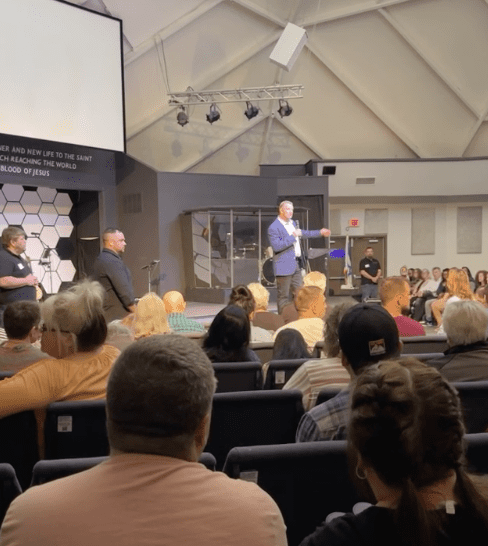 Not only did they seem to forgive instantly, but many literally also gave this man a standing ovation for confessing to the error in his past.

But..that ovation and forgiveness seemed to happen a little too soon.

Pastor John had conveniently left out the fact that the person he had an affair with earlier just so happened to be a 16 year old girl. Not only that, but she is actually still a current member of the church congregation to which he just confessed.

Surprising everyone, the woman stood and walked up to the microphone, with her husband, asking for it to speak.

This brave woman stood and told her truth. She braved the congregation and had her assaulter standing right there in front of her, watching and listening. 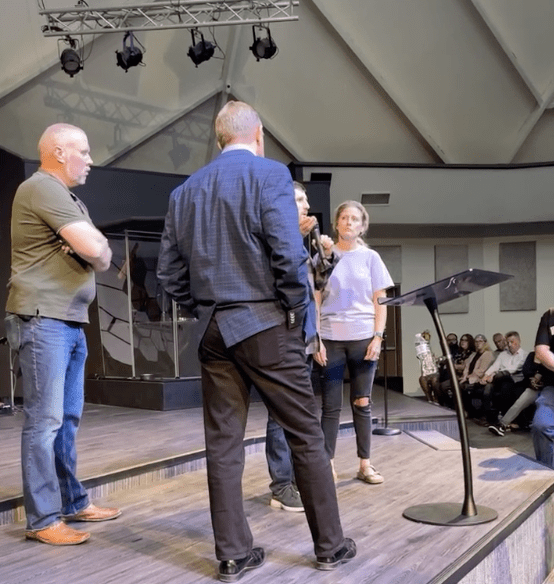 She confronted him on the lies that he had just told everyone in the room, proving that everything that he was saying was a half-truth, at best.

“this church has been built on lies, but no more. the lies stop here.”

“I’ve been asked why did I wait so long to deal with it. The answer there is no good answer. I told myself for years, silence served to protect everyone.”

She is amazingly brave, and my heart breaks for her.

She held in these feelings and actions for 27 YEARS.

She literally sat in the pew and listened to him as a Pastor, knowing what he did for YEARS.

“I was just 16 when you took my virginity on your office floor. Do you remember that? I know you do,” she said directly to Lowe.

“I could give story after story to what you did to me.”

She attended church and was still an active part of the church for YEARS.

The strongest phrase she said to him is one that he’ll never forget.

“You are not the victim here.”

While the video is extremely hard to watch, you can see the entire “confession” by Pastor John, as well as the strong woman coming up and confronting the evil of her past.

The church has since put out a statement regarding Pastor John Lowe II.  You can read a snippet below.

“In the wake of what has now been revealed, we are hurting and broken for a woman who has lovingly attended and served in the church for many years, as well as for her husband and family. It is our deepest prayer and commitment to love, support, encourage and help her through a process of healing in any way in which we are able. New Life is likewise devoted to ministering to and with all of our members through this difficult season, that we might not only survive this, but experience together abundant grace, unity healing – all for the glory of God, and the preservation of His church.”

Read the full statement right here. He has since resigned, but as of now, it’s unclear whether charges are being brought against him.

You can watch the full video here.