The Internet can be a very dark place sometimes, but occasionally there are those shining moments of fun that make it all worthwhile. I’m talking about those seemingly simple, ordinary posts that somehow spark an impromptu flurry of hilarity, based on commenters who take the ball & run with it.

Bored Panda Animals recently posted a picture about Yuki, a dog that was heartlessly dropped off by his owner at a kill shelter because he’d become “too big and too much to handle”. While the post includes a link to the original story, it’s the actual picture of Yuki that has taken social media by storm.

And why, you ask? Because Yuki isn’t just a dog- he’s a GIGANTICALLY MASSIVE WOLF DOG.

Seriously, people. That’s a DOG! And for you jaded folks- no, this picture was not photoshopped in any way; that is Yuki’s actual size.

He’s a “dog” that resembles one of the giant wolves from Twilight and has a mouth bigger than most human heads. Ok, cool.

According to the post, Yuki’s genetic makeup is actually part wolf, which explains a bit about his immense size:

But despite Yuki’s enormous size, he’s quite sweet & friendly, and his life was thankfully spared after being adopted by the Shy Wolf Sanctuary.

But it gets better, people. Because over 73K comments -the sweet comedic goodness of these comments!- are what make this otherwise simply heartwarming post so much funnier. Readers took to sharing pictures of their own “mixed breed” pets, & the results are hilarious.

Here are just a few of the more comedic gems: That is the most accurate percentage breakdown possible- nailed it. 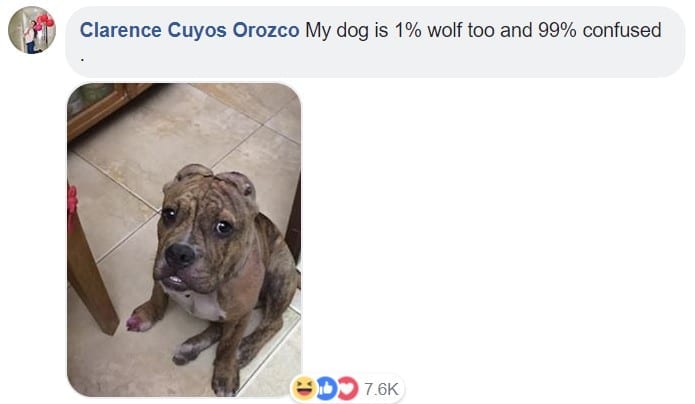 I feel ya, dog. We humans are confused, too. 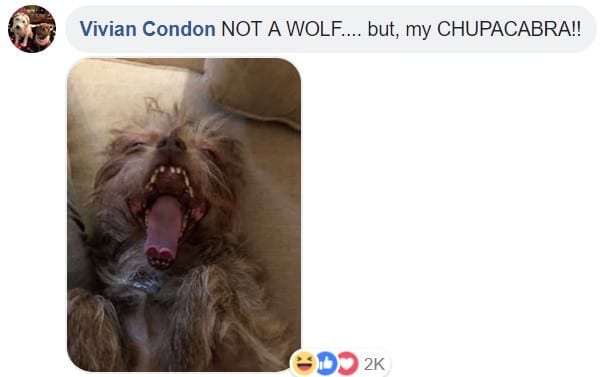 (For those of you not in the know, a chupacabra is a mysteriously wild blood-sucking creature. Makes a lot of sense now, doesn’t it?) Again, not a wolf or dog… but again, FUNNY. DYING. For those of you who are not aware of who Theresa May is, she’s the current Prime Minister of the United Kingdom. To really drive this one home, here’s a pic for reference:

The resemblance is uncanny… First of all, he IS rather bat-like. And if totally feeling his expression is wrong, then I don’t want to be right. 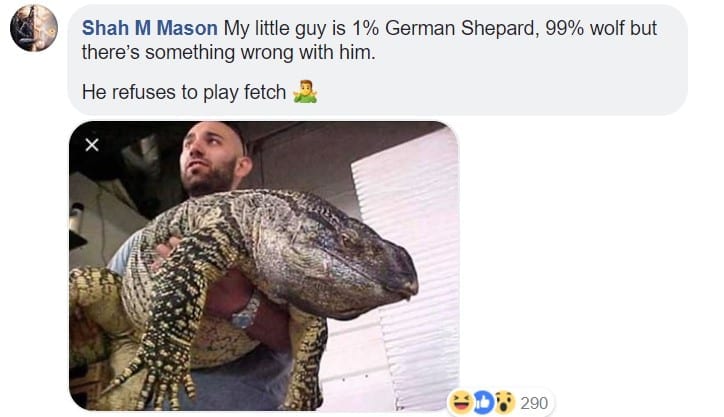 I’m not even sure what that IS, but this guy is hilarious! I hope his “pet” doesn’t eat him. 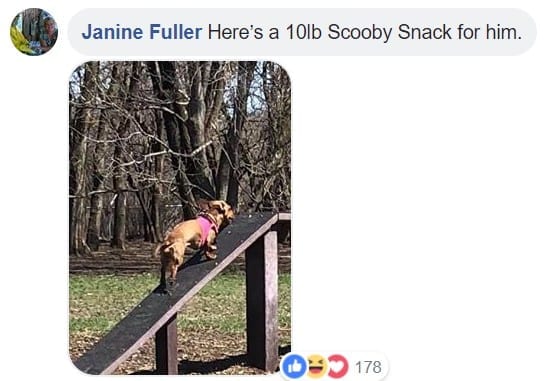 We’re certainly relieved that all ended well for Yuki, but it’s the hilarity of the comments that really made this story worthwhile.

A bad dog owner dumped this wolfdog at a kill shelter when he got too big and too much to handle. Luckily a sanctuary…


The Story Behind This Viral Photo H…