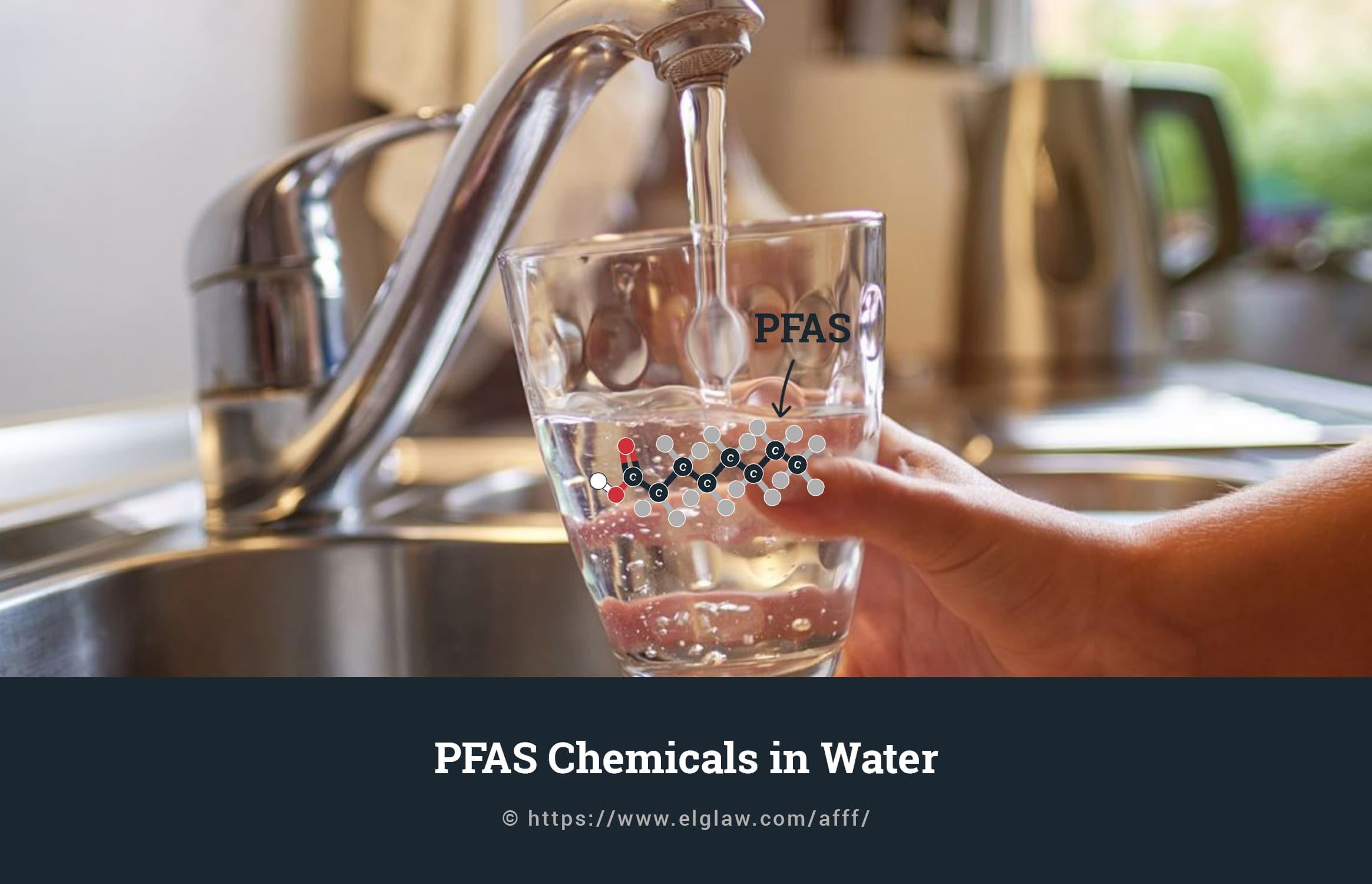 For about a decade now, scientists have been conducting studies on a group of chemicals that are collectively called per- and poly-fluoroalkyl substances (PFAS). This class of chemicals is used in aqueous film-forming foams (AFFF), which are water-based fire-fighting foam used to douse fuel fires. Though PFAS-containing fire-fighting foams pose a serious and immediate threat to the military personnel, their families living in the surroundings of military bases are also exposed to AFFF and could have serious health consequences.

AFFF is dangerous because it contains a class of quite stable chemicals called per- and poly-fluoroalkyl substances (PFAS) and its variants such as PFOA and PFOS. These are man-made compounds used in various products ranging from non-stick cookware to firefighting foam. But, these chemicals are extremely stubborn and persist in the environment for a long time. As a result, PFAS has been found in groundwater, surface water, and soil, particularly, in the areas surrounding the facilities that have manufactured or made use of these substances.

Due to the military’s heavy use of PFAS-containing firefighting foam, PFAS can be found in water supplies of many places and also at US military bases in alarming amounts. Long-chain PFAS stays in the human body for long periods of time without any change, and thus increase its concentration in tissues. PFAS has been detected in blood and at lower levels in the urine, breast milk, and umbilical cord blood of people exposed to it. The baby growing in the mother’s womb is exposed to PFAS through active or passive placenta transfer and newborn babies are exposed through breastfeeding or PFAS present in the indoor environment.  The exposure to AFFF has been linked to diseases such as kidney cancer, liver damage, and ulcerative colitis.

AFFF Exposure during Pregnancy affects both the mother and her child

PFAS-containing fire-fighting foams or AFFF pose a serious and immediate threat to the military personnel, their families living in the surroundings of military bases are also at risk of being exposed to AFFF and could have serious health consequences. In a pregnancy cohort study conducted in the US, exposure to PFOA resulted in a nearly two-fold increase in gestational diabetes risk. These findings suggest that exposure to PFAS-containing substances during pregnancy can affectthe metabolism of lipids and glucose tolerance, thereby causing an impact on the health of the mother as well as her child during gestation and also in life later on. The other variant of PFAS, PFOS has been detected in umbilical cord blood, amniotic fluid, and is associated with lower birth-weights but higher weight at the age of 20 months.

Scientists are of the opinion that pregnant women, women trying to conceive, and young children are the most vulnerable to AFFF exposure. The risks faced by these groups were emphasized in a 2016 health warning, which stated that studies in humans have shown that certain PFAS may affect the developing fetus and children. Potential health effects in young children from PFAS exposure include changes in growth, learning, and behavior. In addition, scientific findings associate PFAS exposure with decreased response to vaccines, increased asthma risk, and damage to kidney functions. As per the Agency for Toxic Substances and Disease Registry (ATSDR) draft toxicological report, PFAS has been associated with diseases such as thyroid disease, ulcerative colitis, and hypertension in pregnant women.

Breastfeeding is good and should continue

The babies of mothers exposed to PFAS will also be exposed to the substance during the period of pregnancy and while breastfeeding, but nursing mothers should continue to breastfeed their babies. According to the American Academy of Pediatrics, though several environmental pollutants readily pass to the infant through breast milk, the advantages of breastfeeding greatly outweigh the potential risks in almost every situation.

The chemical, PFAS does not fall in the list of the more than 90 contaminants that are being regulated by the Environmental Protection Agency under the Safe Drinking Water Act. Therefore, federal law does not enforce testing for PFAS by water utilities. However, it should be noted that most of the communities throughout the nation, especially those near military bases have PFAS levels in their water measured hundreds and thousands of times higher than the level recommended by the agency. This fact has left communities and service members wondering what PFAS-contaminated water would mean for their health as well as their homes.

Truly, the AFFF is the source of PFAS contamination that has been discovered on the military bases and nearby communities, which includes at least 401 sites on active and former bases where the chemical discharge occurred. A  Union of Concerned Scientists (UCS) analysis of Department of Defense (DOD) testing data revealed that PFAS contamination at 10 US military sites was more than 100,000 times the ATSDR risk level of 11 ppt. PFAS contamination at such a high level poses a threat of high-dose exposure to personnel working in the military, their families, and people living nearby, particularly where private well are commonly used. To add to this, the DOD is in the process of converting military sites as detention centers for migrant families, potentially subjecting more children to the risk of PFAS exposure.

Here’s what Veterans and their Families should know About AFFF exposure claims?

The data from various sources suggest that immediate action needs to be taken to protect military personnel, their families, and the people living near the US military installations. Veterans groups and their families wonder whether the toxic exposures encountered by the service members while in the military are to be blamed. The concerns about the cancer-linked firefighting foam used by the military need to be raised and actions should be taken to spread awareness of the threat these chemicals pose to human health.

Environmental Litigation Group, P.C. is based out of Birmingham, Alabama and has its branch at Washington, DC. With over two decades of legal experience, the firm continues to help victims of industrial workplace exposure as well as Military/Navy personnel and their family members to receive their well-deserved compensation.


Oreo Has Created The Most Stuf Oreo…