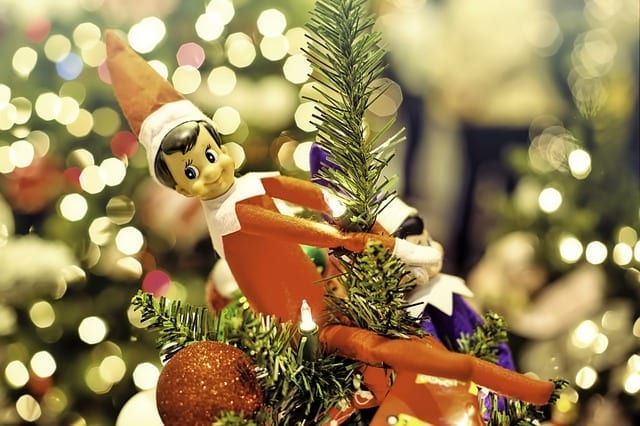 “Parting is sweet sorrow,” they say. In our case, parting has been a confusing and very unexpected side of the Elf on the Shelf tradition—one that placed a dark cloud over our holidays.

Unlike 13 million current owners, for more than a decade I resisted the temptation of buying an Elf on the Shelf. I didn’t want the responsibility of another “living” thing, and, I knew I might forget to move the Elf and ruin the game. So, I dismissed the awkward glances from other parents when I told them we’d never have one of those disturbing little Scouts in our house. I closed a plethora of ads urging me to jump on this “fun” and “endearing” bandwagon. And, I declined my children’s requests to let Santa send one of his elves to keep an eye on them. “We’ll be sooooo good!” they promised. Nope. I was Team #NoElfontheShelf and nothing could change my mind.

Then, around Thanksgiving, my daughter caught me at just the right moment—no doubt when one of those ASPCA commercials aired—and broke me down. A few weeks later, the very anticipated box arrived on our doorstep. What could go wrong?

From the moment my two youngest children laid eyes on their Elf, they were mesmerized. We read the book, gave him the perfect name, and signed on the dotted line. On December 1, 2019, Rudolph became part of our family. Within days, my son all but forgot that one of Santa’s helpers had taken up residence in our home. He enjoyed the find-and-seek aspect, but lost interest when the Elf went immobile for the day. My daughter was a different story. “Can I please hold him?” she begged, staring at Rudolph with stars in her eyes. I reminded her of the rules; how touching him would cause his magic to disappear. I felt guilty telling such a pitiful lie, and eventually gave in. One morning, after he returned from the North Pole and landed on a string of garland (the web of lies ran deep at this point), I wrapped him in a small blanket and held him in her direction.

“I… I can hold him?” she stammered with excitement.

“Sure, he’s in a blanket so you’re not technically touching him.” Yet another lie in this twisted charade.

Rudolph filled her with immense joy and brought out a side of her that I had never seen before. She wanted to love him. She wanted to be friends with him. And, she so dearly wanted to never let him go. Then, the pending “goodbye” part of the tradition surfaced like a basketball pushed underwater. We were unprepared for her sudden anguish at the thought of having to part with her new best friend.

I once again reminded her of the rules and shared stories of other elves returning year after year. I made moving and finding Rudolph an adventure. He left notes, brought snow in from outside, and rode a T-rex back to the workshop one night. I even extended his stay until New Year’s day, against my better judgement. “Santa knows how upset you are and thought it might be good for Rudolph to hang around a little longer,” I lied. Again. But it restored her joy, even if only for a moment.

The last few weeks, I’ve watched with a heavy heart as my daughter has experienced all the stages of sorrow and grief that come with knowing that you’ll soon lose someone you love. In all fairness, the creators of Elf on the Shelf do provide guidance on maneuvering through this difficult transition and offer some fun family activities to keep the magic going. But no one ever mentioned this dark side to us. Had I known, I would have stayed on Team #NoElfontheShelf and saved the hard teaching moments for a different kind of loss—one not complicated by a holiday game.

Today is New Year’s day, and Rudolph hasn’t returned to the North Pole quite yet. Santa gave him a pass to stick around until mid-January and celebrate my birthday with the family. I don’t care who likes my choices and who doesn’t. My house, my rules. The Elf stays on the shelf until we’re all ready to say goodbye.