Dripping sweat, I staggered in the door after my Sunday afternoon run, only to hear my two-year-old wailing “Mammmmmaaaaaaaa!”

“What happened?” I asked my husband, who I found standing outside the bathroom. I peered in to see my son sitting on the potty, his face red and damp. “He hasn’t been like this since he woke up, has he?”

I recalled some of my last words as I headed out the door: “Make sure you wake up [Little Bird].”

Walking into the bathroom, I sighed, leaned down, and helped my son off the potty.

After pulling up his pants and helping him wash his hands, I picked him up. His small arms wrapped around my neck while mine embraced him. My sweat dampened his shirt as his small face pressed into my shoulder. His crying slowed and finally subsided.

Guilt pierced me. So did anger.

Normally, I go running during my younger son’s nap time.

But this naptime I spent playing a game with my five-year-old and teaching him how to vaccum. He craves time with just me away from his brother. So the time for me just got shoved back further and further. 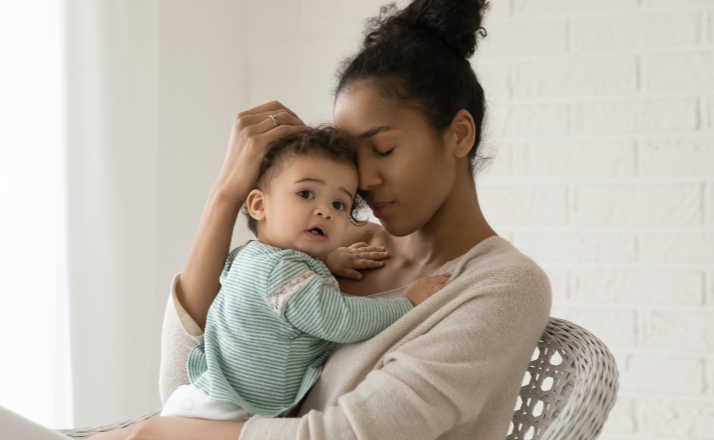 Magazine articles and blog posts tell you to take care of yourself as a mom. Take time away from the kids to engage in self-care. You can’t pour from an empty cup, after all!

But they don’t tell you what to do when your kid wants you as soon as they wake up from their nap and you’re not there.

They don’t tell you how to walk away from that intense love.

But within the tears and the sweat of that embrace, I decided something important. I would not let this incident define my time with him or my time to myself. I would not let it come back to haunt me as I go running next Sunday or the Sunday after. My son loves me and I love him.

This incident doesn’t change that at all.

Those articles are right; they’re just missing a few realities.

They’re missing that that time by oneself isn’t possible for everyone, whether that’s because people don’t have the necessary support or have to work too many hours to fit it in.

They’re missing that those precious minutes may be difficult to wrestle away. They miss that that time may involve heartbreak from everyone involved.

So much of the time, that sort of advice misses all of the difficult, messy aspects of parenting and life.

It’s too neat and boiled down to be real. But the one single thing that advice doesn’t miss is the value that we as parents have and how so often we don’t see that value ourselves.

Most of all, I know I am worth taking that time. And so are you.

This post originally appeared on the blog, We’ll Eat You Up We Love You So


Principal Makes The Best Of A Hard …