I was flipping through a magazine when I caught the blur out of the corner of my eye. It was my daughter, 10, running through the front lawn with her friends. I smiled as I realized I had just practiced a lazy way to be a better mom: I did nothing.

That’s right. When my daughter claimed she was bored five minutes ago, I refused to entertain her. She could do something about it, after all.

And so she did.

I know other lazy ways to be a better parent, too.

Because who has time to read countless articles and books on being a better parent and incorporate their highfalutin action items amidst laundry, homework, extracurricular activities, work, passion projects, birthday parties and more?

These 10 lazy ways to be a better parent require no more effort than reading this article and realizing that 1) you are already doing these, 2) you can easily do these, or 3) you will never do all of these at once – and that’s okay.

Ready to be a lazy parent? Here we go: 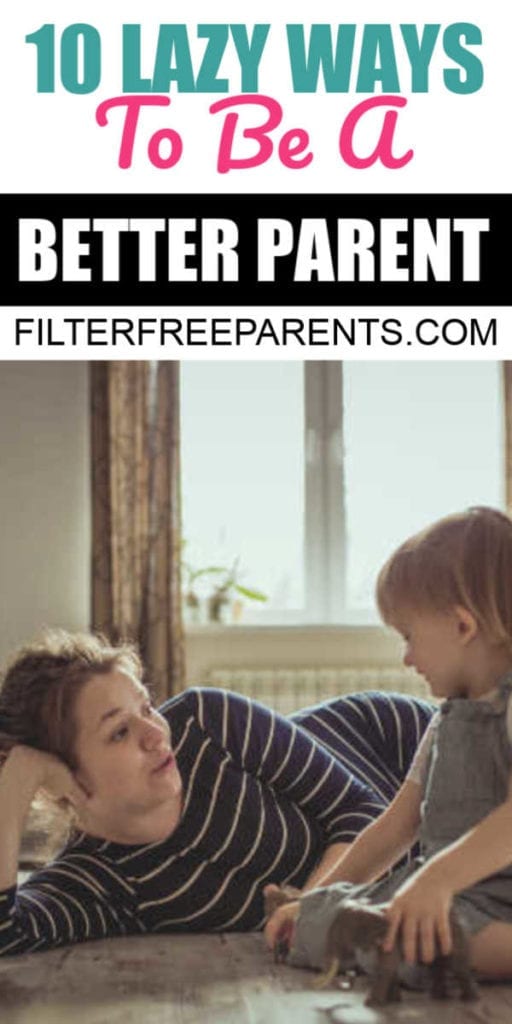 Laugh with your kids.

It’s easy, free and enjoyable. Even if you just laugh at stupid poop jokes, like my family does, laughing releases endorphins and gives you a subtle rush.

With apologies to anyone in the newborn phase, moms of older kids can go to bed earlier, get up later, or take a short nap on the couch for 15 minutes while the kids watch TV or YouTube. (I tried that last suggestion myself. Thumbs up!) You’ll feel recharged and happier with a bit more shut-eye.

Never mind if your daughter replies with “Great”. (True story.) No matter how often you say this phrase, just say it.  Your kids, and their hearts, will blossom when they hear those three little words.

Once my daughter spent 20 minutes replaying every mundane moment of the dream she had the night before. I spent 20 minutes nodding and saying, “Uh huh” while drinking coffee and watching the news. It worked for both of us.

I like to grab my teenager and give him a squeeze. He protests, but I think he likes it. Physical touch prevents illness and creates a tangible bond. Chances are, your kids will hug you back.

As I said before, do nothing.

Let them be bored and figure out for themselves how to live with that or change that.

Show them that you are not perfect and that everyone has flaws as well as awesomeness. I like to think I’m celebrating my imperfections when I sing the wrong lyrics to pretty much every song on the radio, with my kids in the car of course. 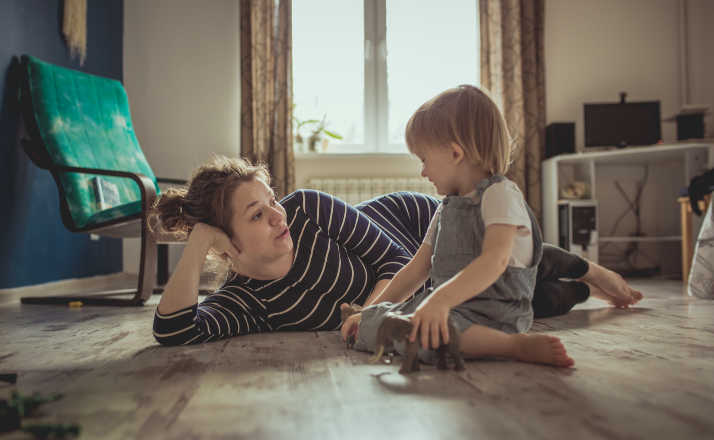 You’ll feel more contented if you’ve been drinking enough. Of course I mean water. Mostly. But that’s not to say that my teenager and I don’t swing by the drive-thru every so often to indulge in a large soda pop.

Sure, there’s no nutritional value, blah blah blah. However, it makes me happy, my teenager loves it, and my thirst is quenched.

To each other, to their friends, or to you. When my husband tells our son that he used to do X, Y, and Z to be a better hockey player in high school, I can see my son’s eyes glazing over. There will always be someone who is faster, stronger, tougher, cuter (thanks, Heidi Klum), smarter, etc.

It takes effort to intervene and fix things for them. When my daughter tried to build a sidecar for her stuffed animals on her scooter, I knew it wouldn’t work.

However, she needed to see for herself that 23 stuffed animals in a shoebox taped to her handlebars wouldn’t cut it. She reaped the benefits of resilience and perseverance from her failure and redesigned a kick-ass sidecar that held one stuffed animal, not 23.

There you have it, 10 lazy ways to be a better parent.

Whether you can squeeze one or all of them into your day, you’ll be a better and happier mom for it.