Filter Free Parents
Home Health + Wellness The Doctors Called It Autism: A Cry From The Inside.

A high-pitched, eardrum-puncturing, almost inhuman scream came from behind me. The sound quickly filled the room and immediately pierced my heart.  Instead of turning around, I reached for the door handle, shut the door tightly, leaving her on the other side.  As I walked down the stairs, her screaming never let up.

I went outside, sat on our porch swing and began to gently press my bare feet into the pebbled pavement causing the swing to sway slowly back and forth.  The warm rays of the sun and refreshing cool breeze beckoned me to look upward, close my eyes and enjoy.

But how could I allow myself even a moment of pleasure when I could still hear her cries? 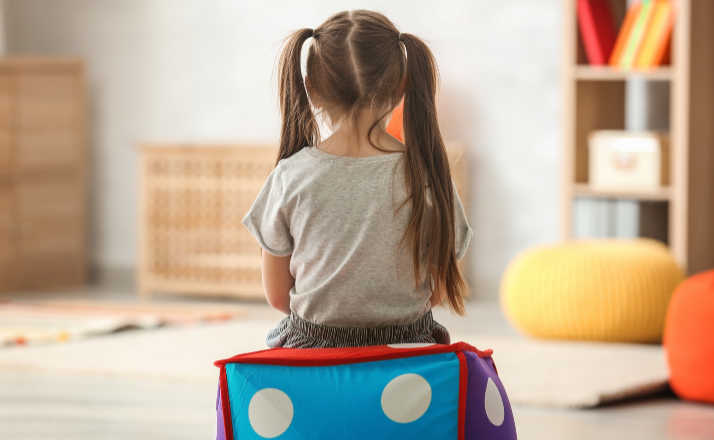 There was no escaping the sound…it was all around me…and even when it wasn’t, it was still inside my head.

I could picture her up there now in that bare, bed-less bedroom with deep red-colored walls, sitting on the carpet across from a man I barely knew.  She would throw her head back as she flailed herself onto the floor and tightened her arms and legs to show him that she did not like what he was asking her to do.

Since she no longer had any words, this was the only way she knew how to protest.  He heard her message loud and clear but did not let up on his demands.  This would go on for hours until she became submissive or the time was up, whichever came first.

Even knowing all of this was about to happen, I had intentionally lured her to the room with a cookie, like I would a puppy, and then simply handed her over to him, as if I was casually leaving her for a play-date with her BEST FRIEND.

I gave him my only daughter, Lizzie, and let him do whatever he did in that room with her, because he was more educated in her condition than I was.

I looked down at the rumpled gray sweat pants I was wearing for the third day in a row, complete with tear stains, a hint of blood, and smears of dried food.

My three and a half-year-old son, Andy, tugged on my shirt, and I allowed him to crawl up into my lap.  His curly blonde hair smelled of baby shampoo as he pressed against my chest and looked up at me with his big blue questioning eyes.  He needed to feel secure.  I had tried to shelter him from what was happening in our home, but I could tell he was aware and unsettled.

We swung together for a little while, and I reassured him that everything was going to be all right.  I knew this life we were now leading was not our real life.  It was only a temporary detour and before long we would be back on the road that led to normalcy.

Soon we’d be like the rest of the young families I knew: taking trips to the mall, eating big pretzels and climbing on the larger than life ketchup bottle in the play area.

But now, with her misery ringing in my ears, how could I not second guess myself about the course of treatment we had chosen?  What kind of mother allows a stranger to be alone behind closed doors with her two-year-old daughter?

Had I even done a background check on him?  No, I hadn’t.  I had skipped that detail and so many others as I rushed to put things in place.

“Time is of the essence!  You have a short window to help her!  Don’t waste it!” I could hear the urgency in the doctor’s voice.

So just like that I signed her up for thirty hours a week of all kinds of suggested therapies.  I woke up morning after morning with bloodshot eyes from the late night hours spent researching on the internet.  Each piece of knowledge I gained about Lizzie’s condition was a double-edged sword.

I felt power in knowing and implementing what might help her, but I also knew the dismal outcome if it didn’t work or if we ran out of time.

Her screaming subsided temporarily, and I took Andy inside the house.  A GOOD MOM would have played with him.  A good mom would have sang songs or taught him the alphabet.  But I didn’t.  I couldn’t.  Instead I placed him directly in front of my favorite babysitter, popped in his favorite show, flopped myself down on the couch and let out a long sigh.  I took another deep breath and used the small amount of energy I had left to hold back my tears.

Our life wasn’t always this way.  I hadn’t always felt this broken.  Just months before I was watching my beautiful healthy daughter crawl around the living room, chasing her brother and laughing hysterically when he let her catch him.  We went on playdates with our friends to the park, slid down the slides at the mall and ate at fast food restaurants while our kids climbed on the indoor playgrounds.

Together with my home-builder father, my husband and I planned and built our dream home customized with everything we needed for our little family.  I had the BEAUTIFUL LIFE I always knew I would have, and most days were filled with comfort and happiness.  I lived in a magical little bubble.

Then without warning, like a bug fighting for its life in a sink with the faucet on, Lizzie was spiraling down.

The diarrhea, the rashes, the fevers, the ear infections, the permanent snotty nose, the night sweats, the night wakings, the shaking in pain, the banging her head on the ground, the lining up of random things, the opening and closing of cabinet doors, the tantrums, the loss of language, the flapping of her arms, the refusal to answer to her name… and then all at once she was sucked down into the drain of complete isolation from everyone who loved her.

Her eyes became hollow.  Her body was present, but her mind was somewhere else.  We could not reach her no matter how desperately we tried. 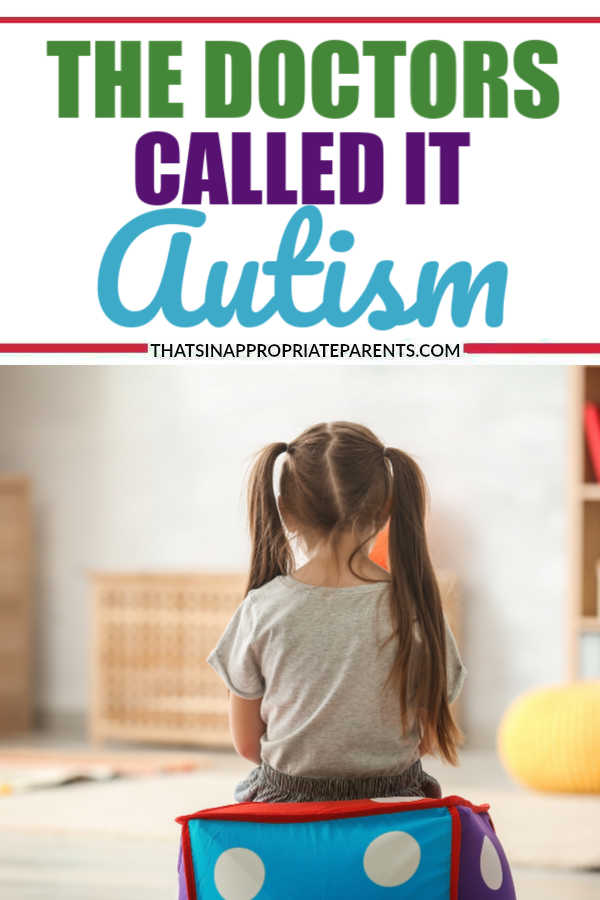 The doctors called it autism.

The therapist walked down the stairs, and Lizzie was trailing not far behind, bouncing her bottom on each step as she slid all the way down.  I got up from the couch with anticipation to hear how the therapy session went.  Lizzie’s eyes were puffy, and she looked confused.

At least now I could be the hero and comfort her.  I scooped her up into my arms to tell her mommy was here and it was all over for this morning.  She arched her back, kicked and let out several loud squeals until I put her down.  She ran away from us and hid in her bed with the covers pulled over her head.  Even her ability to be comforted by her mother was gone.

I sunk to my knees and, in between sobs, prayed for God to bring her back to me.

Days turned into weeks.  Weeks into months, and Lizzie’s cries began to fade.  She became willing to do what the therapists asked her to do.  When asked which picture was the dog, she pointed.  When told to stack the blocks, she placed one on top of the other until they fell over.  When asked to show her happy face, she pulled the corners of her lips upward and exposed a beautiful grin that melted my heart.

Our life became the cliché of “one step forward, two steps back.”  Every time I began to see progress that made me think life would surely be normal again, it would all come crashing down.  A new behavior would rear its ugly head; a new roadblock would plant itself in front of the only road we knew, or a new problem would require much more time to address before we could move forward.

As Lizzie changed, I began to change as well.

My comfort and happiness were replaced with gratitude and joy.  I celebrated every little step of progress she made and reveled in the depth and beauty her struggles opened my eyes to.  I had true compassion and empathy for others going through gut-wrenching journeys of their own.

Now, I noticed SO MANY PEOPLE IN PAIN; so many people attempting to wade through the pools of difficulty and disappointment that life placed around them.  Although their outwardly circumstances were different, I knew the anguish they felt inside was the same.

My magical bubble had popped, but somehow I preferred this unprotected place I was now living.  It was real, it was raw, yet there was stability in being able to tackle new obstacles as they arose with a determination I never knew I possessed.

In this new place, I recognized that striving for perfection could only come from a place of fear.

I understood that exposing my weakness enabled me to connect with others through our vulnerabilities as we set aside what the world thought we should be.  Purpose had grown from my pain.

Several years later, I was sitting at a table with Lizzie, trying to entice her into painting a house, and as usual, she refused to acknowledge me.  I instinctively picked up the paint brush and playfully painted her nose.

She looked up at me with surprise, and our eyes met.  For an instant, I could see her soul. The interaction between us caused the hairs to stand up on my arms.

Tears streamed down my face as I felt a connection with my little girl for the first time since she was a baby.  I light-heartedly tried painting different parts of her body until she stood up and walked away.

I had seen the light in her eyes return; even if it was only for a short second.  She was telling me there was hope, and I knew at that moment that I would never stop fighting for her.