I’ve been in some scary places in my lifetime. But, hands down one of the scariest places I’ve ever been is the parking lot of my son’s high school.

At first the parking lot is peaceful and quiet. It’s just a bunch of parked cars and a line of parents idling in their own cars waiting for their kids.

Then the wooded path from the high school to the parking lot slowly begins to fill with groups of young adults.

Some are off to college in a few months.

Some are already old enough to vote and serve in the military.

Others are heading straight from their school day to their afternoon jobs.

Some are climbing into their own cars and driving away.

And some are grabbing rides home with older friends who can drive. 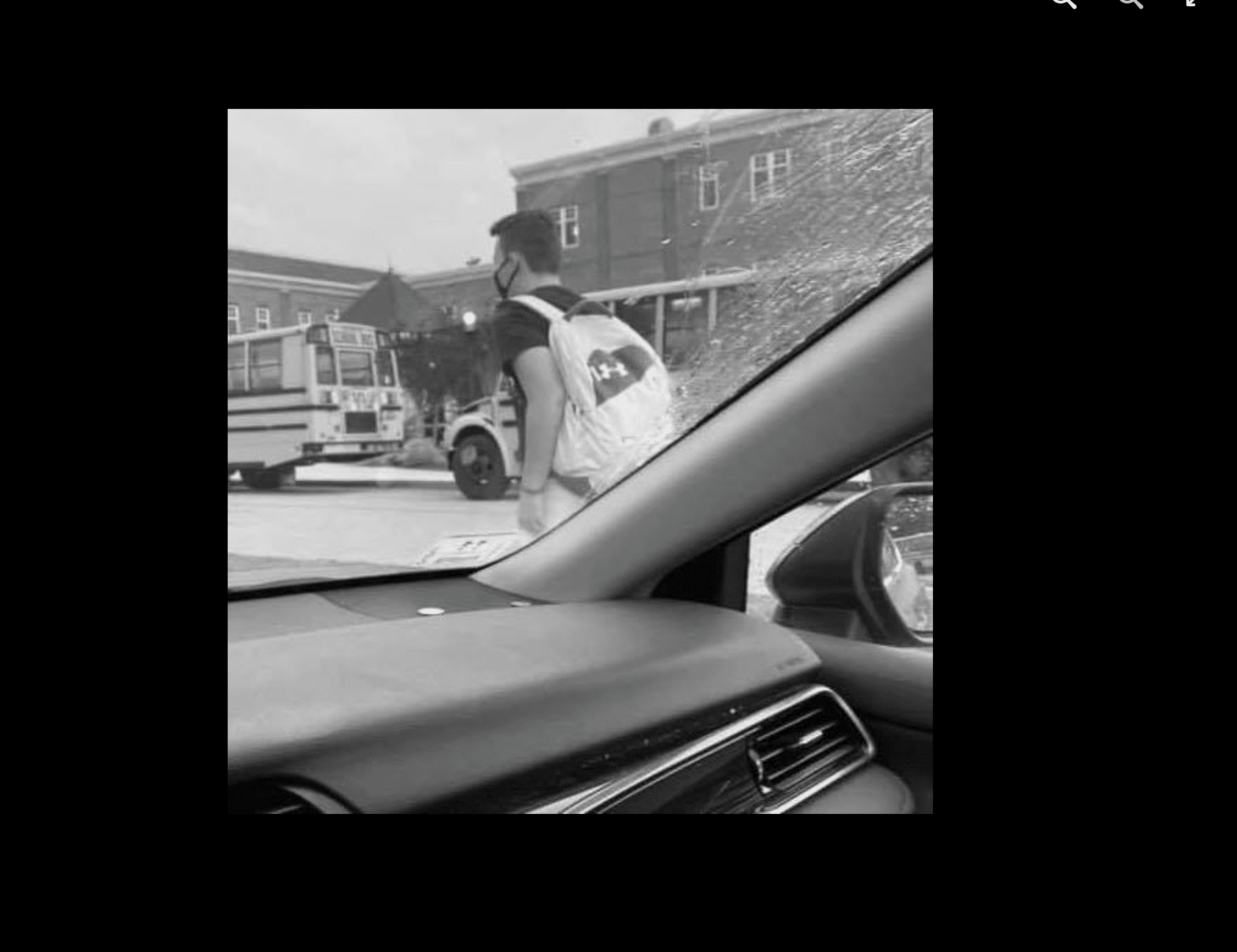 As they all make their way past my car, I can’t help but picture the versions of them I first met so many years ago.

Gone are the young adult versions of them.

Instead I see the 7-year-old who used to ride the bus with my son when he was in 1st grade.

I see the 8-year-old who played ball in the street outside my front window.

I see the 9-year-old who introduced my son to the magic of summer travel baseball.

Then I see the 10-year-old who helped lead their flag football team to an undefeated season.

I see the 11-year-old who introduced me to his mother, a woman who would become one of my closest friends.

I see the 12-year-old who wrote my husband a beautiful thank you note for being his coach during his youth football years.

And I see the 13-year-old who giggled with their friends in the backseat of my car as I drove them all to the movies.

I know they have morphed into amazing young adults but in that parking lot I still see them as the carefree, innocent, wide-eyed younger versions of themselves.

Even as they back out of their parking space in their own little SUV’s and peel away into the line of cars, I see who they used to be.

As they kiss their high school sweetheart goodbye and drive away to their jobs, I see who they used to be.

As they chat with each other about their plans for life after graduation, I see who they used to be.

And as my own son, always one of the last to enter the parking lot, finally makes his way to my car, I see who he used to be.

I see the 5-year-old version of him, lunchbox in hand, bounding off the school bus and into my arms.

Yes, this parking lot is terrifying.

For this is the place where you can feel the distance between childhood and adulthood growing more and more each day.

But if you look and listen hard enough, the high school parking lot is also one of the most hopeful places to be.

It is where you can see the friendships and connections that will still be there for decades to come.

It’s where you can see the hopefulness for the future they have yet to write for themselves.

It’s where you can see the fear of the unknown and the insecurities being replaced by bravery and confidence.

And it’s where you can see the ability to enjoy the present.

As my son climbs into the passenger seat and flashes his 16-year-old grin at me, I am aware that I only have a few more months to spend in this parking lot. Soon he will have his license and all that money he has been saving from his job will be put toward a car.

Soon I won’t be needed in this parking lot — this beautiful parking lot where fear gives way to hope — and I am really going to miss this place.

Woman Describes Sliding Down A Moun…