Screen time has been on the rise ever since the proliferation of private televisions. In Farenheight 451, Ray Bradbury wrote of a world where people spent their entire lives parked in front of screens. “Families” were digital and there to visit you whenever you desired. All it took was a trip to your family room.

While the optics of Farenheight 451 are a little different from the world we live in now, it’s safe to say that Bradbury’s vision is as accurate now as it has ever been. Children have unprecedented access to technology. Some good comes of it to be sure, but lots of bad as well.

Here are the top reasons why parents should look into limiting their kid’s screen time.

High levels of screen time usage are associated with heightened levels of anxiety and sleep deprivation. Children who spend a significant amount of time online suffer from a very serious form of FOMO-or fear of missing out.

Because social media presents kids with a highly cultivated look at their friends’ lives, they find themselves constantly comparing their activities with those of their classmates.

The result? Sometimes they feel, incorrectly, that they are missing out on experiences other people have. Other times, they learn about parties they weren’t invited to, outings they didn’t attend, and other things that can be hurtful to children who are a sensitive age.

Significant levels of screen time can also correlate to a heightened risk of obesity.  Currently, there are more overweight children living in the United States than ever before. When one looks at how much time kids spend in front of computers or cell phones it’s no wonder why.

Keep in mind that children are already fairly busy. Eight hours of their day goes to sleep. Another eight hours go to school. Add in meals, extracurricular, and homework, and there is little time left over for exercise. Too often, what spare time they do have goes to screens.

Children are supposed to get at least one hour of vigorous exercise or sports playing every single day. Currently, most kids have between 4-7 hours of screen time when you combine television, computers, video games, and phones. 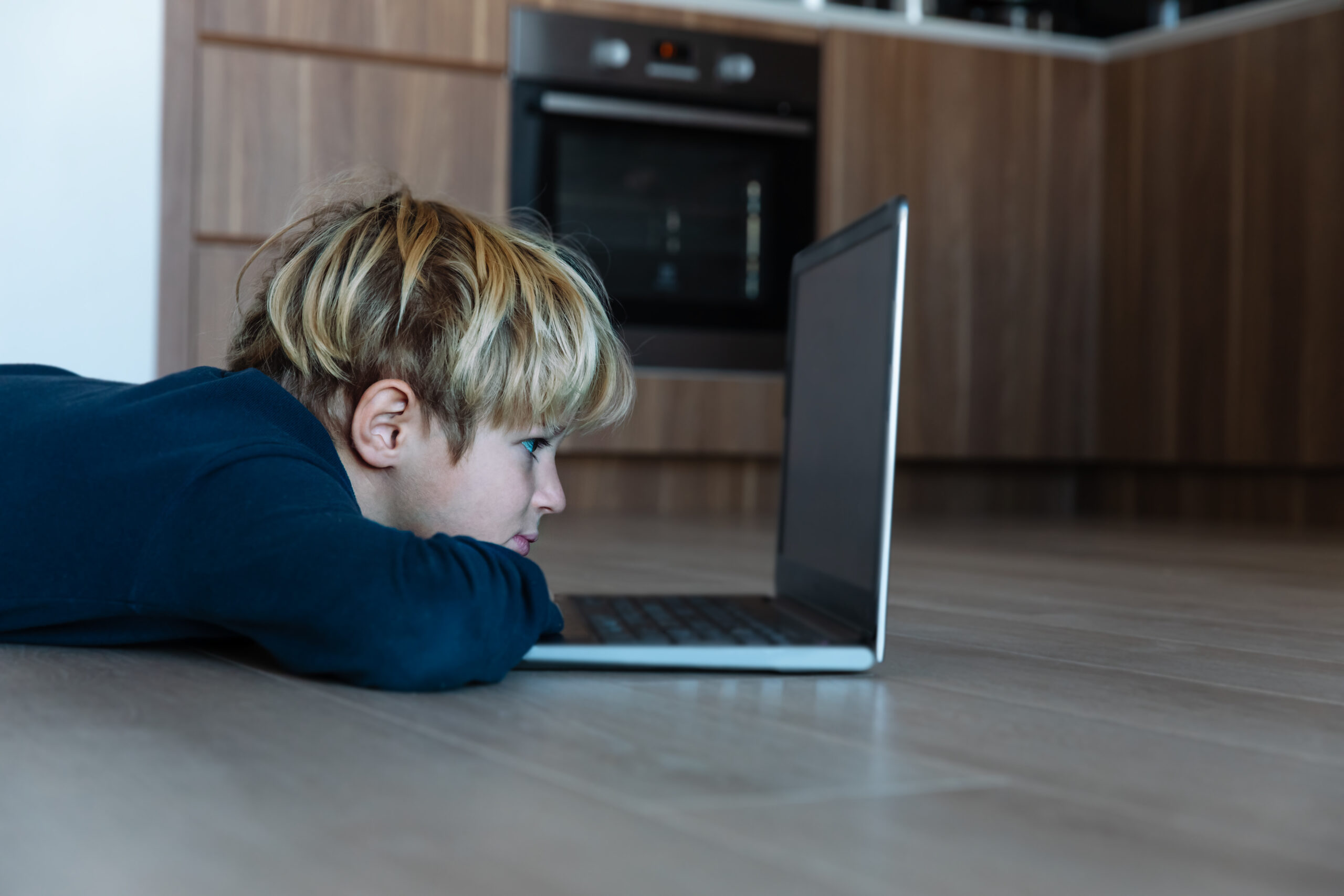 What Parents Can Do

Experts recommend no more than two hours of screen time for children each day. Parents should make sure this rule is enforced at home. However, it’s also important to keep in mind that screen time happens when you are not looking.

For one thing, most kids have access to tablets and other devices as part of their school curriculum. They also may have access to these devices recreationally during break periods, passing, lunch, recess, etc.

While you can’t monitor their screen time at school, you may wish to factor it into their daily allowance.

Most phones and tablets allow you to set limits on how much screen time your kids can have in one day. When the limit is hit, the device locks up and cannot be used until the next day.

Many of these devices also allow you to set custom limits. For example, you may decide that you don’t want to set any limits that might interfere with their school work. This filter would allow them to spend as much time as they need on educational sites, but lock them out if they tried to spend too much time on Facebook or YouTube.

Finally, it’s also important to communicate regularly with your children. Tell them why it matters to you that they limit their screen time, and make a special point of creating opportunities for them to interact with nature and exercise.

***Author Bio: Sarah Daren has been a consultant for startups in multiple industries including health and wellness, wearable technology, nursing, and education. She implements her health knowledge into every aspect of her life, including her position as a yoga instructor and raising her two children. When she’s not watching the New York Yankees play, Sarah enjoys practicing yoga and reading a good book on the beach.


Carjackings Are Increasing at An Al…