Lost. I heard the baby wailing in the background. Her wails were piercing roars, and I couldn’t take it anymore. I lost it for the first time. Today, I had enough.

“I can’t do this anymore!” I screamed, pushing hard on the break. The baby, who is intuitive like me, got nervous and cried louder. My toddler joined, and then I did something I am not proud of—I screamed again.

I have never cried in front of my kids—but today I started panicking. My body felt tingly, and I lost it. Heart racing with anxiety as tears drip-dropped down my cheeks. I wanted to run out of that moment. Turn around and go home. I can extinguish any emotion if I have to. Usually.

Today I was completely lost in the web of motherhood. Tangled in knots, trying to find my way out, but only making my way back to where I started– stuck in that same darn knot.

The day started to take a turn for the tangled when I was leaving for camp with my two littles. I Bjorn the baby each morning; I mean that Bjorn is my lifeline with two littles and only two hands. And when I didn’t see it, I was left with the realization— my husband took the Bjorn to work accidently—and he was definitely not getting any sexy time later. 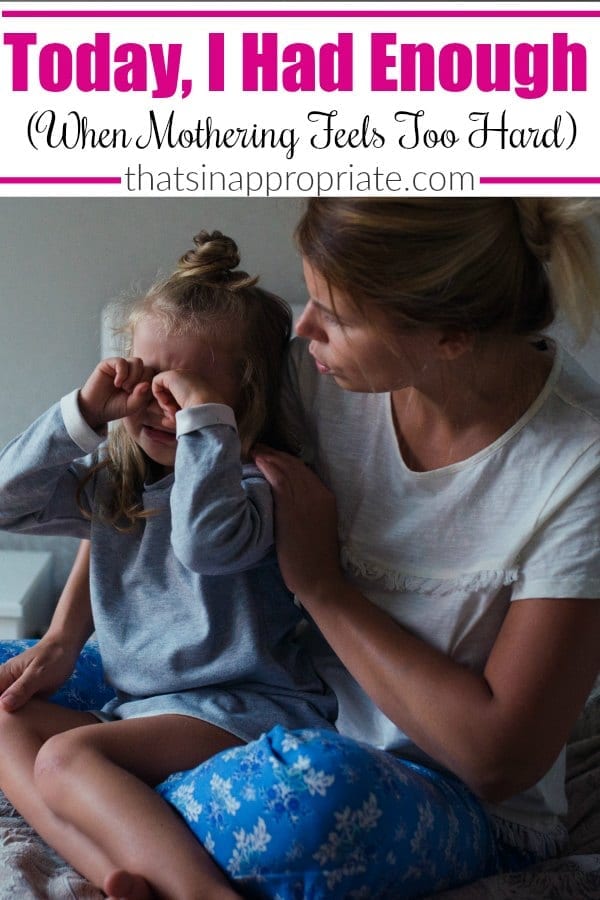 Now, you may be thinking; you can just put the baby in the stroller. Well, my stroller isn’t allowed in the classroom because it’s a fire hazard. So, I went to class with the baby in one arm, the toddler in the other arm. And…to no one’s surprise—it was a shit show.

This about sums it up: I left the splash pad, baby in one arm, toddler in the other arm—insisting on being picked up too, of course. We were almost back to the classroom–thank goodness because my hands were breaking…. And then the fire alarm went off.

The frightened toddler screamed as we continued walking past the classroom and out of the building for a fire drill. The toddler was too afraid to let me put her down—so I had to continue holding both in the blaring heat of the sun until they let us back inside. Yep. That’s the kind of day I was having.

We left class a little early after my toddler had a full on break down because she’s a toddler and when you are having a difficult day as a mother, they can sniff it out, and make it worse for you. In all actuality, she was jealous I was holding her sister so much, and she finally lost it.

We got home, all was fine, both kids napped, and then that afternoon we had a birthday party. I should have sensed my mommy karma was off and counted my losses, staying at home, but I decided to go for it.  I mean the toddler napped so maybe this mama’s juju was on the up and up.

I put the address in the navigation and…got, so freaking lost.

It was a five-minute drive that turned into a 45-minute drive. This brings me to the beginning, with the baby crying to the point where I hit the break (and my breaking point), screeching to a full stop and screamed at the top of my lungs.

With that, the baby started screaming, and the toddler joined in and wanted out of her car seat. Kids feed off your emotions. They got scared because mommy was upset and I was even madder at my reaction. That for once, I couldn’t keep my cool in front of them. I FELT LIKE SUCH A FAILURE.

I took the baby out of the car seat comforting her and apologizing.

A passing driver stopped her car, “Are you guys okay?” she asked the frantic mother, aka me, rocking her baby in the middle of the street. I’d think no!

“Yes, we are just lost and the baby’s upset,” I said, admitting defeat.

“I’ll help,” she said pulling out her phone and trying to direct me. This person’s kindness was so sweet and needed at that moment, but I am not the best at taking direction, plus I was so frazzled—so I could hardly listen. But it was enough to get me back to thinking rationally.

I got back in the car. I breathed. These are not horrible, horrible, horrible things happening just little grievances. I need to hold it together. I can do this.  I breathed in again and regrouped. I needed to get to this house where the party was because it was closer than home and my crying kids needed out.

I calmly called my husband, and he guided me the rest of the way. Of course, I was around the corner, and there were two streets with the same name within a couple of blocks of each other. Because… Of course.

We made it, and I cheered, my toddler, mimicking my enthusiasm with cheers of her own. It was an outside party. As soon as I saw that, I knew that there would be a mosquito banquet with me as the main dish.

Total sh!t show? Yes. But at least I was out, experiencing life. Trying things.

I used to be afraid of my own shadow, and that held me back from doing anything. Old Dani would have stayed in after the morning from hell she had. New Dani, was going to conquer the day head on—her kids kept her courage strong.

The day could get better. And maybe it didn’t this time, but the chance that it could, kept my tribe and me going. A tribe leader needs to be brave. More times than not, I am happy to have left our comfort zone—leading my tribe into an adventure. An hour later and about twenty mosquito bites deep— we got home. 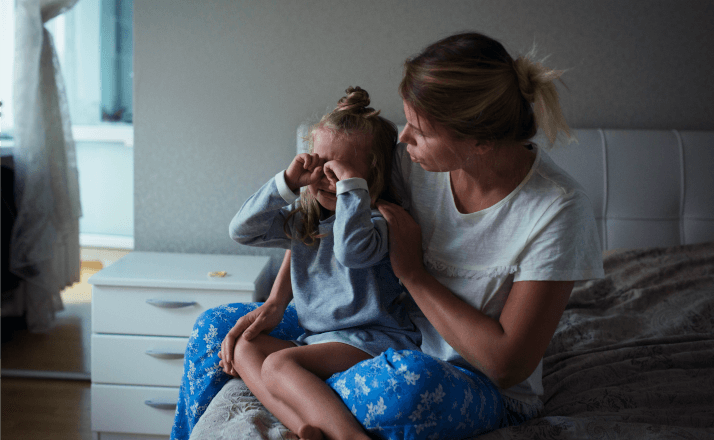 Then my eldest did something so sweet. She came up to me and gave me a big hug, saying “mommy, I love you.” I felt that same tingly feeling as before, but it calmed me. I felt at peace as she wrapped her arms around me.  Even deep in, stuck in the tangled web, on these horrible days—I love leading our tribe, being the brave chief mom. Because I had enough of this day, but never of my role as a mother to you.

Netflix To Terrorize A New Generati…

Is there anything that strikes fear into the hearts of 80s kids quite like the Unsolved Mysteries theme song? These … Read More