Today our oldest had a meltdown so wild and severe it felt like something savage overtook his small, wirey 50 pound frame.

In an instant–over a broken toy or his sister looking at him wrong or not getting to chose the song on the radio–his demeanor changed like some kind of modern day Jekyll and Hyde or Bruce Banner and Hulk situation.

As a family well-versed in mental health struggles, we are atune to our son’s acute needs, his sensitivity to overstimulation, and even have narrowed down meltdowns to mostly predictable.

But nothing readies you for when your eight year old has completely lost control; for when his behavior disorders become so powerful that his brain is no longer acting as a part of his body but has now waged war on it as if it were a separate entity, entirely.

Friends, we share openly about our journey from diagnosis to now but I don’t even have the right words to explain what it feels like to watch your child become unable to articulate very real and very powerful emotions while experiencing what looks like allllllll the feelings at once.

All I could do was to calmly ask him if he felt safe and, when he said he didn’t, pull the car over and hold him. 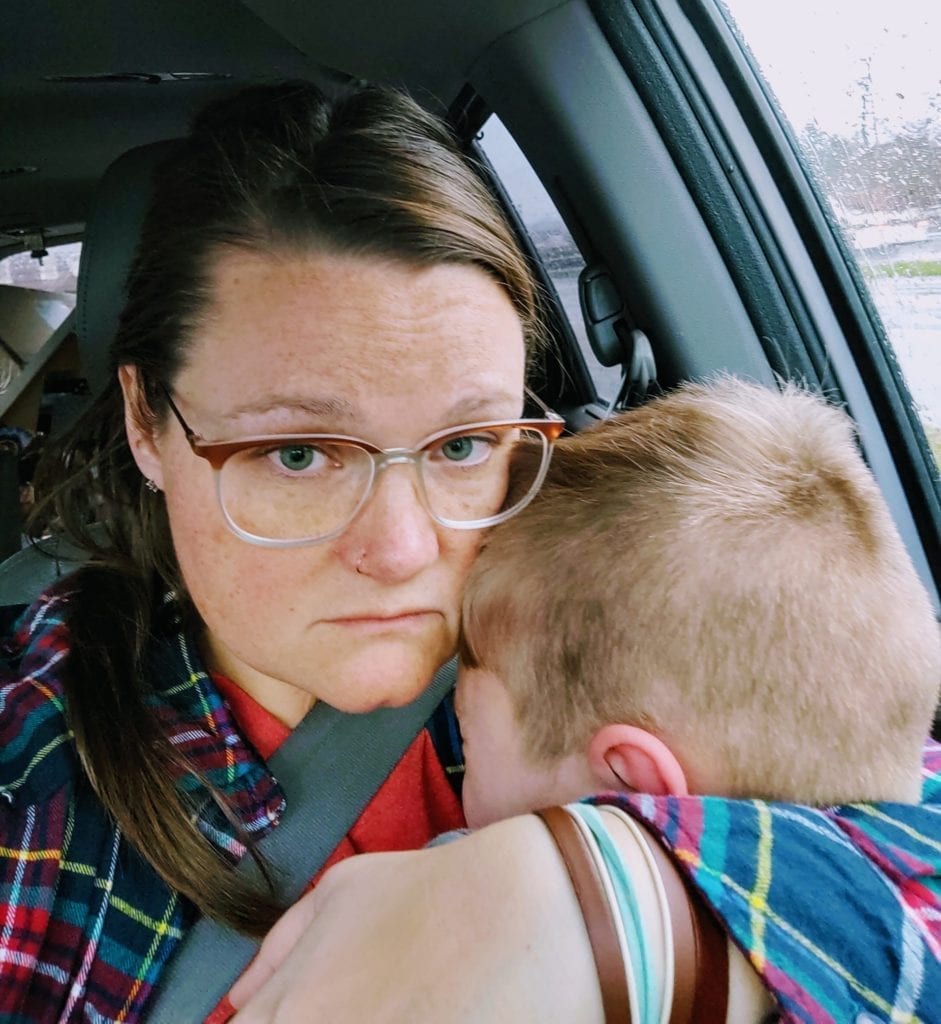 His legs, now long enough to drape over into the passenger seat, dangled and kicked, and my heart feeling so heavy I thought it might cave in my entire chest.

In most moments of meltdown, I don’t have such clarity or peace.

In more meltdowns than not, I am calm only for a minute and then I lose my cool.

In most fits of behavior, I lose control as much as he does. He screams and I yell because I am no longer rational either.

But today–thank God, today–I kept it together.

I breathed so he could feel my breaths–in and out.

I whispered to him to breathe with mama and to clench his fists tight and then relax. Over and over together our chests rose and fell until all the tears had dried and he was able to make eye contact again.

I need you to hear me say this.

Sometimes they are rare, for others they are often. Still some fight them several times a day and live a life walking on eggshells in their own homes, smiling in public but crying in their van in the farthest away parking spot at Target, hoping no one sees them.

We share our story so that someone will know they aren’t alone.

We are in the trenches together, my friend. And we are war-torn and weary, but we are here. Pushing forward because it is our only option.

Today our oldest had a meltdown so wild and severe it felt like something savage overtook his small, wirey 50 pound…

I Have Lost Friends. I Have Hurt Pe…