Filter Free Parents
Home Kids Is There a Type? Why Lice Don’t Discriminate 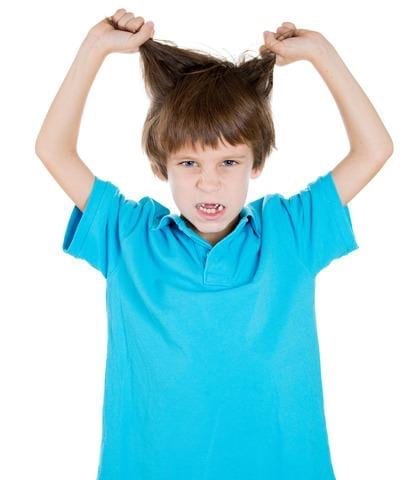 There is an odd mythology surrounding the phenomenon of head lice. There are theories and old wives’ tales about how it spreads, how to treat it, and?interestingly?who can and can’t get it. Stereotypes based in gender, race, hygiene habits, and other preconceived notions are putting people at unnecessary risk for contracting this highly contagious condition. So let’s put a few of these myths to rest and reveal the truth: While there are conditions that make lice easier to spread, the only people who are outright immune … are those without hair.

How Do Lice Spread?

Lice are spread by close head-to-head contact. They are contagious in communities where such practices are common. Schools are most often cited as breeding grounds for lice epidemics, but they could also happen at camps, slumber parties, and among members of sports teams. Contrary to another common belief, they cannot jump and do not have wings, so it is this close contact and proximity of heads that they are so dependent upon to spread.

It is important to take note of how lice spread because the broad practices, and not the specific individuals associated with them, inform who gets lice. Anyone whose head spends time in the vicinity of someone else’s who has lice can contract them. Lice are fast and insidious once they arrive, but make no mistake. They are indiscriminate when creating a home somewhere new.

They Don’t Discriminate by Gender

There is a notion circulating that females are more prone to lice than males or other gender nonconforming individuals. And, indeed, the statistics support this claim, stating that lice are two to four times more common in girls and women than other genders. However, predisposition to lice is less biological and more sociological. Lice evade removal most often in long hair, where they’re difficult to remove and can gain a foothold with little disturbance. Further, lice are spread by close head contact, which women are more prone to than men, but these aren’t biological predispositions; they’re social constructions.

Men and boys with long hair can be more prone to lice than those with short (or no) hair, and ones who share hats or unwashed hooded sweatshirts could spread it among one another, in the same way that women and girls often spread via shared hair accessories or hats. It’s not about gender itself; it’s more about habits.

They Don’t Discriminate by Race

Another persistent assumption surrounding lice pertains to racial divisions. More specifically, it is often assumed that hair of African Americans is less prone to lice than the hair of their Caucasian, Hispanic, or Asian counterparts. This assumption is generally based on the notion that hair traditionally treated with grease or other slippery hair products would make it harder for lice to latch on.

There is a hint of truth to this myth, but for reasons different than most people believe. Yes, hair of African Americans is marginally less likely to contract lice, but the reason lies less in the hair’s “grab-ability,” and more in its shape. Most microscopic images of hair show that its profile is round, making it easy for creatures with pincers (like lice) to grab.

However, the profile of African-American hair is oblong, rather than circular. The result? Lice have to work harder to maintain a firm enough grip to infest. It’s not impossible to do, which is why it’s less common. Further, the lice present in countries like Nigeria and Brazil demonstrate that they’ll adapt quickly to tighten their grip. So, as you assess the risk of lice infesting your child, those with African-American children should stay vigilant: Your children are not immune!

They Don’t Discriminate by Hygiene

Because our awareness of lice rose considerably when it infested tenement houses and other areas of relative squalor, a persistent myth remains that lice are attracted to dirt, and that keeping hair clean is an effective deterrent to contracting lice. Sadly, Professor Rick Speare is one of many to speak out against this myth. “The underlying message, which is supported by evidence, is that head lice occur in hair clean or dirty.”

Lice are happy to infest anywhere that a supply of blood is available. They care little about cleanliness of a host, and are willing to move in sight unseen. If anything, clean hair could be seen as a benefit: Unobstructed access to the blood supply that a scalp provides could make their job easier! Furthermore, obsessive hair washing once lice are contracted does little to deter them; they have tight grips and will outlast even the most vigorous of washing regimens. They can only be removed with effective chemical assistance, or manual removal with a nit-removal comb and considerable patience.

If No One Is Safe, How Do I Prevent Lice?

Ultimately, no one?save for the bald?is immune to the scourge of lice. Anyone who engages in risky habits near those who have had the infestation are at risk. Sociologically, this happens to strike elementary aged children (3-11) and their families most often, because of proximity and a sharing culture. By observing a few key behaviors, you can lower your risk of contracting the pests.

If you have high-risk individuals in your home, help them protect themselves. At school or with friends, remind them to not share grooming tools, hair accessories, hats, or hoodies with their classmates. Ask them to be careful when sharing screen time with their peers?heads kept close together for long periods, as when watching videos on tablets or cell phones, can also facilitate the spread of lice.

If, despite your efforts, lice make their way into your home, be diligent and attentive in their removal through manual nit removal, high heat laundering as needed, and being vocal to friends and family who may be susceptible to their own cases.

I’m A Mom That Smokes Po…