Filter Free Parents
Home Mom Life Encouragement We’re All Pulling Parenting Tricks Out Of Our Asses That We Thought...

During your pregnancy you probably idealized every single facet of motherhood into storybook perfection. Because same girl, same.

You envisioned being the breathing embodiment of all the parenting experts who have ever written a book about child rearing.

The one who all of your friends would turn to for level-headed advice and best practices for parenting tactics.

Looking down at your pregnant belly, you spoke in such a high octave that only your fetus floating around in amniotic fluid could hear you, and you cooed,

“Mommy will never make you watch your iPad at the restaurant like that family over there. Together, we will feast on mountains of organic kale grown with unicorn tears and cauliflower pasta spun by god himself and dinner will go off without a hitch every single night.” 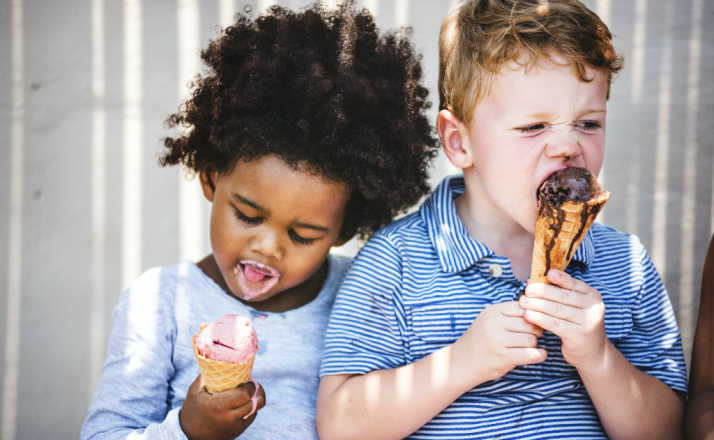 And then the next thing you know, you are parenting a toddler who is almost pretty much completely potty trained except that she refuses to poop on the potty.

She will throw tantrums that feel like a religious experience and hold it in for DAYS until you have no fight left and you put her in a diaper. Just to poop. That’s right.

Just when you thought the diaper sitch was close to being over, freeing up what could easily be a mortgage payment on a palatial estate in Bali, your kid insists on doing her business in a diaper and in a diaper only.

Then comes the conundrum. Do I waste the “nice diapers” on a quick poop? Oh that’s right.

You have good diapers and so-so ones now.

The so-so ones are lesser quality and cheaper so they are perfect for naps, car rides in the beginning of potty training when you don’t feel like playing Russian roulette with feces and other non-essential diapering scenarios.

No seasoned parent wants to waste their good diapers on a nap.

You’ll ponder the diaper dilemma and send your husband on a mission to Costco to buy the cheapest bulk diapers he can find, and he will succeed.

What you won’t count on is your toddler adamantly refusing to wear said diapers. Like knockdown, drag out, unwavering refusal.

And then your husband will pull out all the stops.

Since your toddler is obsessed with Moana, your husband will use it as leverage as he kneels down and looks her in the eye and says,

“These are special diapers from the village of Motunui.” (That’s where Moana lives for any of you not in the know.) Inching deeper into his throne of lies he will continue with,

“We had them sent here just for you to poop and nobody has them except for you.”

You’ll stand, practically holding your breath and reveling in his calculated savagery, watching this charade unfold, falling deeper in love with him and his reckless abandon in using a fictional Disney island to sell your toddler on the idea of pooping in bargain-priced diapers. And you know what?

SHE’LL GO FOR IT! She’ll buy it hook, line and sinker and jump enthusiastically into the exotic diapers flown in from Motunui.

By this time you have abandoned your fantasy of what motherhood looks like and instead spend energy bartering bites of Hershey bars for bites of strawberries 1:1.

In order to get your kid to eat fruit, you’ll literally sweeten the pot with chocolate currency.

And once you do it, it becomes a game of what else can I get my child to eat through straight up bribery?

“Why yes! You CAN have a giant cupcake with a hefty swirl of sugary icing topped with sprinkles for breakfast. As long as you take like four bites of a banana.”

Once the floodgates are opened into the type of parenting you never thought you’d do, the possibilities are endless.

But guess what mama, you are not the only one. Parents everywhere are pulling stuff out of their asses to get stubborn kids everywhere to comply with mundane things on the regular.

So you go on with your bad self and your imported diapers inspected by Moana herself.

Frontier City, part of the Six Flags franchise, is under intense fire today as social media pummels it with questions … Read More

The Answers to 10 Common Questions …