Filter Free Parents
Home Mom Life Encouragement What Happened When I Realized My Daughter Was Watching Me Weigh Myself...

After having my second baby in less than so many years, things just weren’t the same.

I’d gained 53 pounds in 9 months. I had an 8-pound baby then a 9-pound baby, and the stretch marks to show for it. I was left with abdominal muscles that had been separated so far, that they came with a clinical diagnosis and a referral to physical therapy.

I hadn’t slept in what felt like 10 years, and I had the lowest self-esteem of my entire life.

My appearance became both my greatest fixation and disappointment. I weighed myself daily. Took my measurements obsessively. I stopped eating, almost altogether.

And right there, soaking it all in, was my two-year-old daughter.

My come to Jesus happened on a day just like any other. But that day, she stepped on the bathroom scale and looked at me expectantly. Her eyes wide as if to say, “What does it say, mommy? Is it good?”

And in that moment I felt my heart shatter into a thousand pieces. Right there on that linoleum floor that I hate so much.

It hit me, the way knock-you-down-realizations often do: she was mimicking habits that I didn’t even realize she was seeing.

She was just imitating what she’d seen me do so many times. Step on the scale to gauge my worth, and then react, even just slightly.

But that’s just it. She didn’t understand. She just knew that mommy, her most important female influence, weighs herself every morning, then puts on makeup, curls her hair, picks out the perfect jewelry, and eagerly anticipates a compliment from daddy.

That was her baseline. And that was about to change.

From that day on, I made it my personal mission to openly love myself, especially in front of her.

Even when I didn’t believe what I was saying. Even when it made my skin absolutely crawl. Especially then.

I told her that we were the most beautiful two girls in the world and that it was okay to do things that made us feel even better, but it was also okay if we didn’t. 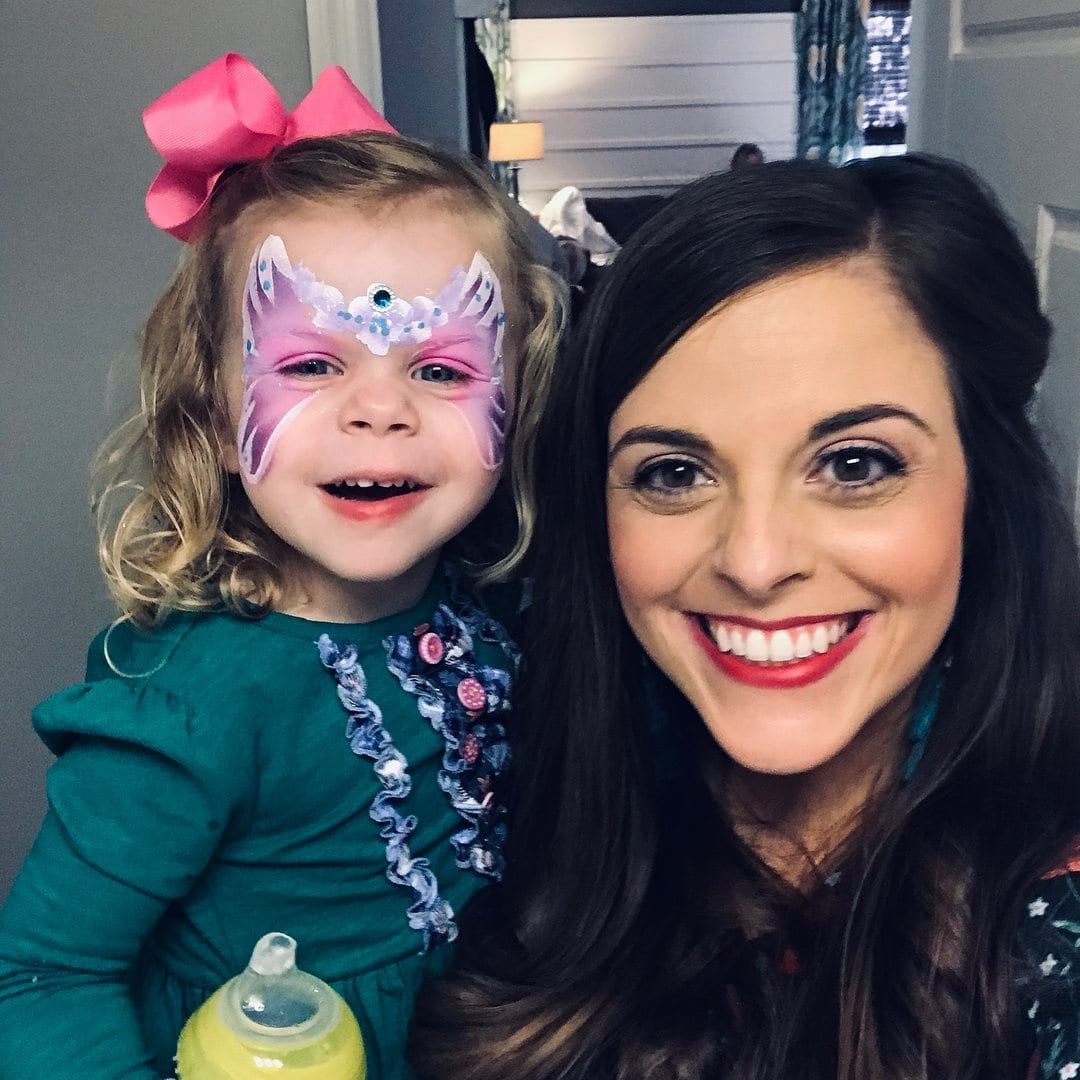 The next time she stepped on that scale, I told her that it said she was perfect. Just the way she was.

When I changed clothes and she pointed at my postpartum belly, I didn’t shrink away or criticize my extra skin the way I had so many times before. I said, “Isn’t mommy’s belly awesome? It held you and your brother while you grew, and then it helped you come out! How cool is that??”

Some of it I said through gritted teeth. Some of it felt hypocritical even. But as the days turned into weeks and our interactions centered on strength and worth and loving who you are right now, I started to feel an empowerment that I’d been missing.

I started to believe the things I was saying.

What I spoke for her benefit started to pay dividends in my own life. And those returns would only spill back onto her.

I sought help from a personal trainer and a nutritionist to deal with the things I wanted to change in a healthy way. And I threw everything I knew about “being thin” and “dieting” in the trash and started over with the guidance of subject matter experts, who also held me accountable for my success.

I stopped associating my value with superficial garbage.

Did you catch that, sis? Maybe you need to hear that one again. One more time for y’all in the back:

Stop hanging your happiness, your self-worth, your confidence, your ability to feel sexy…on what you see in the mirror or on the scale. Stop. Just. Stop. 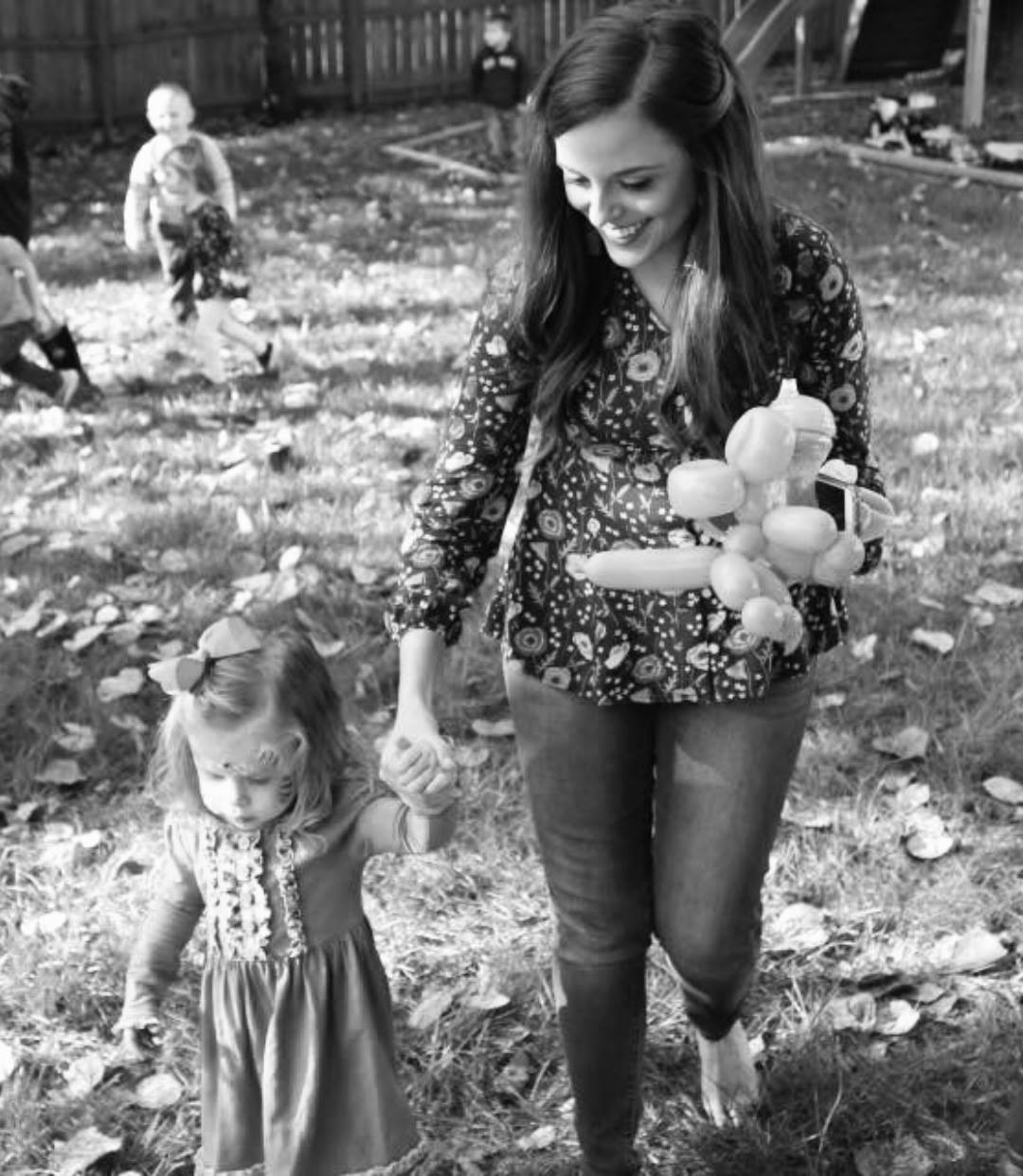 As women, we’ve been told, directly and less so, that our appearance is linked to our ability to be seen as “enough.”

What would happen if instead of picking apart the crow’s feet or the couple extra pounds, you found one positive thing to say to yourself? Seriously, what would that look like in real life?

Maybe you’d tell yourself that you’re working at change and that even though you’re not at your ultimate goal yet, you’re closer than you were when you started. Or maybe you’d say that you are strong and capable of anything you set out to do.

I don’t know what you’d say. But I do know that it would radically change your paradigm. And I’m certain that it would reach far past you and your bathroom sink.

I know because I’m seeing the proof in my own house.

We are responsible for raising the next generation of women. You and me.

Isn’t it about time we flipped the script?

I live in a community that has tennis courts, a hockey rink, basketball courts, a playground, and a splash pad … Read More

Amidst the doom and gloom and dark wasteland that is our world right now, there is a shining beacon of … Read More