When my son was two, he was hospitalized in the ICU for RSV (Respiratory syncytial virus) that turned into pneumonia. It was the scariest time for me as a mother.

When I brought him in during the middle of the night, he sat on my lap in triage. The nurse took all of his vitals and said that he wasn’t allowed to walk a single step. “His respiratory system is in rough shape,” she said. “We can’t afford for him to waste a single ounce of energy—he needs that to simply breathe.”

I kept the tears locked in tight that night because I didn’t want to scare my little guy, but I was terrified.

For four nights, I rested with my son inside of his hospital crib. I wouldn’t leave him. And on his last night there, his little sister got RSV too—she was only six months old.

RSV is no joke. When my son was sick, I took it upon myself to do a little research about it so that I was equipped with knowledge about his sickness. 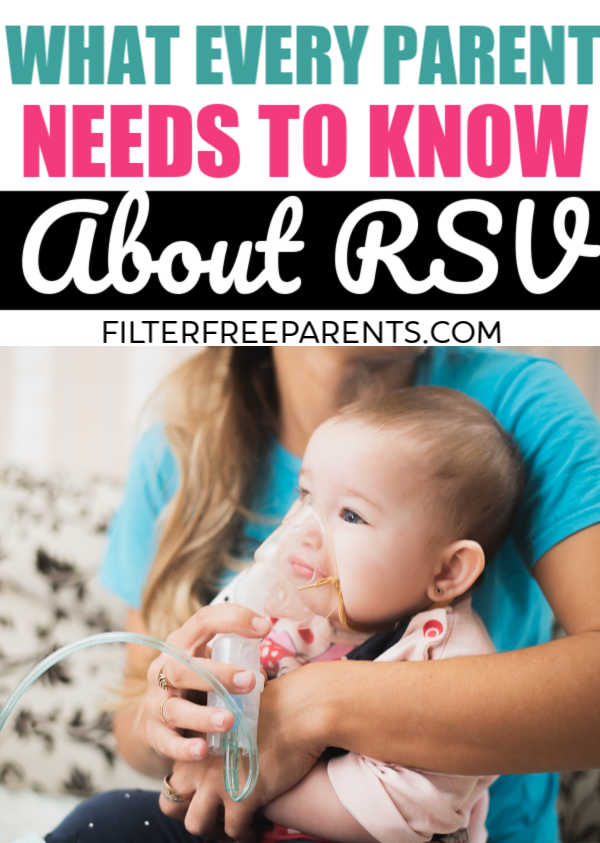 One thing I learned was that when most kids acquire RSV, you wouldn’t even know it. This was the case for my daughter.

Yes, some children often show symptoms of a runny nose, a cough, and fever, but oftentimes, their breathing isn’t affected. In fact, according to The Mayo Clinic, most children are affected with RSV by age two, but because many of their symptoms don’t become worrisome, parents don’t even know they have it.

When my daughter had RSV at the same time as my son, for example, I never would have even known if I didn’t get her tested. My daughter simply acted sick—nothing to cause immense worry. But I knew she was obviously exposed to my son so I wanted to be ready in case her symptoms worsened.

While my husband and I were in the hospital with my son, my mother-in-law took care of my daughter. I told her to watch out for her signs taking a nose-dive.

It’s important to know the symptoms of RSV

These symptoms, according to The Mayo Clinic include: wheezing, a barking cough, rapid breathing, a spiked fever, and the inability to eat. What I wished I would have paid attention to with my son specifically was the rapid breathing. After I knew the seriousness of my son’s RSV, it was evident that his breathing was beyond labored.

His little chest would rise and fall rapidly and it was noticeable that simply breathing was difficult for him at times.

RSV is very contagious and can be caught anywhere.

As always, it’s important to wash your hands regularly and keep babies and toddlers away from anyone who may appear sick. Trust me, you will never regret being overprotective by keeping your little ones safe. You never know how it could affect your child. 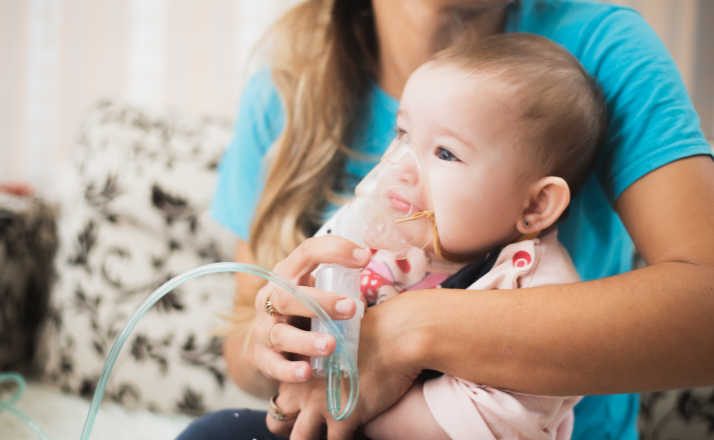 Luckily, my son got better. After he was well enough to go home, we had to give him several daily breathing treatments for weeks. Because I was so scared for his labored breathing to come back, I slept on his floor right next to his crib.

I’d shoot straight up with any cough because I was petrified his symptoms would come back. After his recovery, my son’s pediatrician said that he could acquire asthma because of how he reacted to having RSV. Luckily, he outgrew all of his breathing problems.

If you think your child’s RSV symptoms are worsening, don’t wait.

Call your pediatrician or take them to the ER. You don’t want to end up like me, watching your son or daughter struggling desperately just to breath while laying in a hospital crib. There is nothing scarier than sitting in the ICU praying that your child gets better.

Just because RSV doesn’t affect more children badly, for some, it can be life-threatening. So, don’t wait to get help. It could save a life.

Flu season is nearly upon us; if you’ve ever had the misfortune of coming down with the flu, then you … Read More