The start of a brand new year is a time when people all around the world vow to make big changes in their lives. “I will lose 10 pounds” or “I will finally shed these bad habits” are all common sentiments right now.

On the surface, those resolutions may seem very similar to those of adults, but as the saying goes, it’s important to read the fine print. 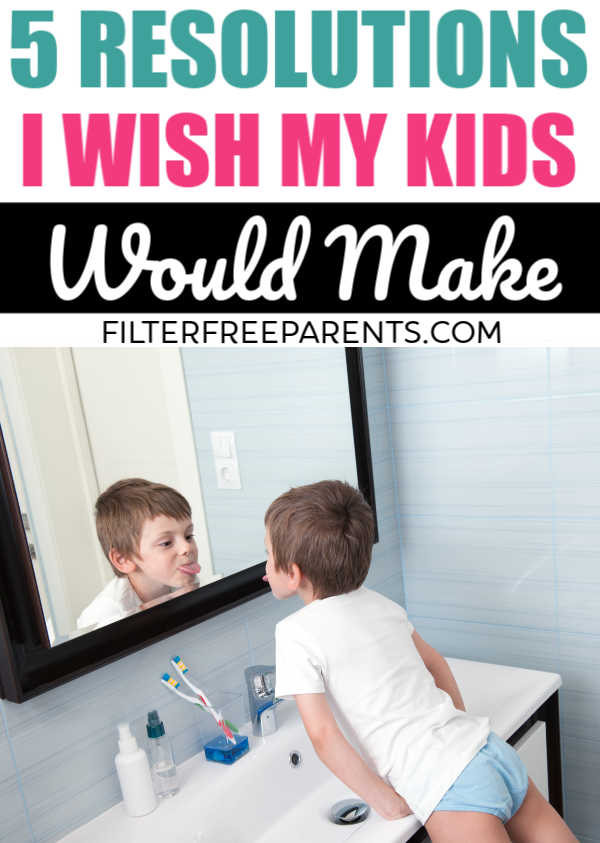 AKA – The Backpack Olympics

This January, adults all over will be flooding their local health clubs, hoping to get fit. I have fitness goals for my children as well. In 2019, my kids are going to start lifting weights, specifically weights in the 10-15 pound range. By the end of this fitness routine, my children will be able to successfully carry their own backpacks for 50 yards (roughly the distance from our front door to the bus stop) without whining and crying that it’s too heavy and acting like they might actually die if someone doesn’t carry it for them.

While strength-training is important, a good fitness routine shouldn’t skimp on cardio either. While many adults vow to start running in the new year, experts agree that walking is an equally good, if not better, cardiovascular activity. This is great news because by the end of Mommy’s New Year Boot Camp, my children will be able walk places on their own without huffing, puffing, and crying that their legs will fall off if they have to take one more step. Training begins immediately. Get excited, kids!

Most adults know a toxic relationship when they see one– FRENEMIES WHO UNDERCUT YOU, romantic partners who make you worse, not better. Kids have toxic relationships too, they’re just a little more difficult to spot.

The friend who gets your kid hooked on Kidz Bop? TOXIC!

The friend who has playdates at hell-on-Earth– I mean, Chuck E. Cheese’s? TOXIC!

The friend who convinces your kid to sign up for travel baseball even though there’s a bunch of practices each week and the games are 42-hours-long? TOXIC!

I have high hopes that my children will successfully disavow themselves of these toxic relationships in 2019.

Cutting back on unhealthy habits

Grown-ups typically vow to eat better, quit smoking, or drink less in the new year. My kids will be focusing on some unhealthy habits of their own.

First up, limiting the screens. To be clear, I LOVE ME SOME SCREEN TIME because it typically allows me to cook dinner without anyone dying, but I’d be lying if I said it didn’t have some undesirable effects –namely, the trance-like state it puts my kids into and the sheer devastation when it’s time to put the screens away.

Reducing screen time would probably be a reasonable addition to my kids’ resolutions (and something that we’ll likely abandon after only a month or two, like most New Year’s resolutions).

Another unhealthy habit I’d like my kids to let go of is their obsession with mac and cheese. I don’t know why, but mac and cheese has always been my kids’ first choice for any meal. At home, at a cookout, at a restaurant, it doesn’t matter. I’d love to see my children BROADEN THEIR FOOD HORIZONS and live a little (like possibly giving chicken nuggets a whirl).

Many adults join Weight Watchers for the camaraderie and support. My kids seek that out too. When my oldest recently hit his highest weight ever, both my oldest and middle son came running to tell me, screeching with excitement. For them, the more they weigh, the better, and at ages two, four, and six, their odds of seeing those numbers rise in 2019 seem pretty good

All three of my kids are currently holding it down in the single-digit percentiles of the growth-chart and I COULD DO WITHOUT THE UNNECESSARY COMMENTARY from the well-meaning Karens and Janets.

Many adults use the start of a new year to focus on personal growth goals, identifying a new skill or talent to cultivate. For my children, we will be targeting two key personal skills. 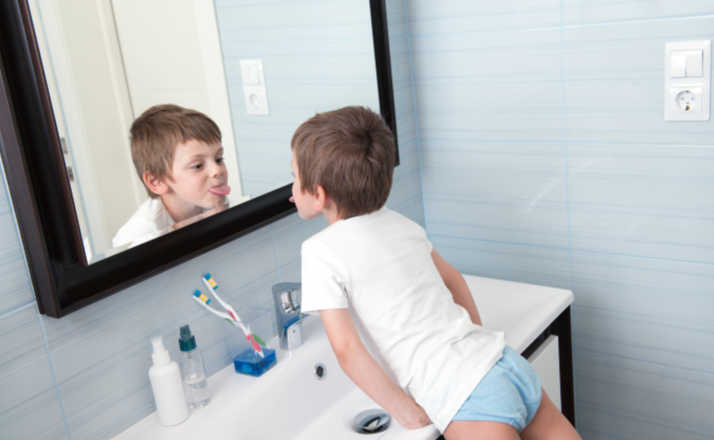 First, and possibly most important: toilet-aiming. This is certainly a high bar, as they’ve (allegedly) been “practicing” this skill for years with limited success. Still, I think 2019 could really be the breakthrough year as far as urinating into, rather than on and around, the toilet. I may even see if I can get my husband to adopt this resolution too!

Listening BEFORE you see the face of crazy

Second: listening skills. I know this is a universal detriment of childhood (and also, perhaps of the male species as a whole, but I digress…). Still, I would like to firmly resolve that my children will hear me the first (or second) time that I ask them something.

More importantly, I resolve that they will listen and obey before I have to escalate to the status of a full-blown screaming lunatic. I know this seems like a lofty goal, but New Year’s resolutions are nothing if not impractical and unattainable.

The benchmark for success… it’s a low one!

To some, this may seem disheartening, but quite frankly, if I can get an entire month (or slightly more) of my children carrying their own crap and actually peeing into the toilet, I’ll consider 2019 a raging success!

Panicked Mom Gets Separated From Ba…