There’s a little voice inside that whispers, “Let it go.” I try my best to listen. I really do. I try to rationalize with myself that it is okay for things to be out of place, for toys to be scattered throughout the house and the sink to have dirty dishes.

But there’s this overwhelming desire, this necessity, to keep things in order.

To make sure that everything is in its rightful place, at all times. I’m rarely unable to “let it go.” This is my personal struggle.

And, in many instances, it has become my family’s struggle as well.

I suffer from that suckish condition called Obsessive Compulsive Disorder or OCD. Although I always suspected I had OCD, I wasn’t formally diagnosed until seven years ago.

Like anyone suffering from a so-called disorder, I have good days and I have not so good days.

My level of compulsion is not nearly as bad as what you see on Monk – I don’t scrub things until my hands bleed or feel the need to have all the labels on soup cans facing the same way – but it has worsened as I’ve aged.

More often than not, I find myself distracted when I shouldn’t be, thinking about things that do not really matter.

Wrapping paper all over the living room floor during Christmas, for instance. Near the end of opening gifts I was consumed by thoughts of having to throw the paper and packaging remnants into the trash.

It was nearly impossible for me to refrain from taking my attention from the kids enjoying their new gear to collecting all the paper and tossing it. 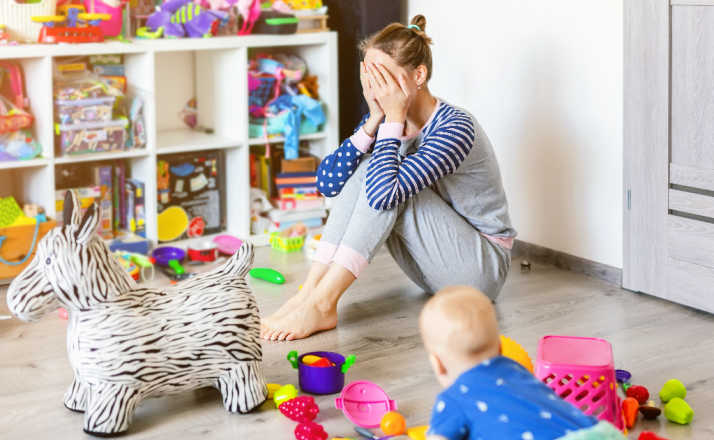 It sounds crazy, selfish almost, but I have OCD and that is my reality, as it is for millions of others.

According to Beyond OCD, a non-profit working to increase public and professional awareness of OCD, in the U.S. about 1 in 40 adults (2.3% of the population) and 1 in 100 children have OCD.

It is defined as an anxiety disorder that is primarily neurobiological. Unlike other disorders, no one is immune. Beyond reports that OCD equally affects men, women and children of all races, ethnicities and socioeconomic backgrounds.

Family members of OCD sufferers are also affected – my family has been and continues to be impacted by my behavior and so-called rituals.

I hate the stress that I sometimes create – the difficulties that I indirectly inflict upon those closest to me.

It’s unfair and I know there are times when they suffer, often alone, in silence. They accept me for who I am and understand that I lack control over my obsessive nature to keep things clean and organized. But that doesn’t excuse the fact that it can be downright exhausting living with me.

At the recommendation of my doctor, I’ve tried various medications.

They have had little effect on curbing my OCD tendencies. If anything, these drugs made me excessively tired and caused further distraction.

Recently, I’ve been trying a number of self-help therapies in an attempt to take back control of my mind and my life. Several are proving moderately successful.

Maybe one day soon, I will be rid of this energy draining parasite called OCD.

Until then, I can only hope and reflect on the girl I used to be.

When I think back to my childhood, I remember closets shoved full of Barbies and clothes, my bed overflowing with stuffed animals and clutter everywhere. The mess didn’t bother me back then; in fact, I enjoyed the quiet chaos of my room. It was my sanctuary.

I wish I had been able to hang on to that carefree, less uptight girl and carry her into my adult years. But she was lost somewhere along the way.

Today, I am a woman struggling to let go of the little things.

Science Says Moms All Need A B…

Men Are Shown A Speculum Picture An…