I sat in stunned silence as I listened to what had happened to my friend’s son at basketball camp. During a break, a fellow camper had taken out his phone, searched for an inappropriate website, and showed naked pictures of women to the other boys on the team.

These weren’t teenagers. They were 9-year-olds. Less than two years older than my oldest son.

And as I listened in horror to this story, I literally wanted to throw-up.

I guess I shouldn’t have been shocked, but that is exactly the problem.

Kids being exposed to inappropriate images at such young ages has become all too commonplace in our society.

And I have to wonder how much of it is our own fault.

Parents, can’t we do better by our kids?

Can’t we at least try to preserve their innocence a little longer?

Why are we giving our elementary school students cell phones with full access to the internet? 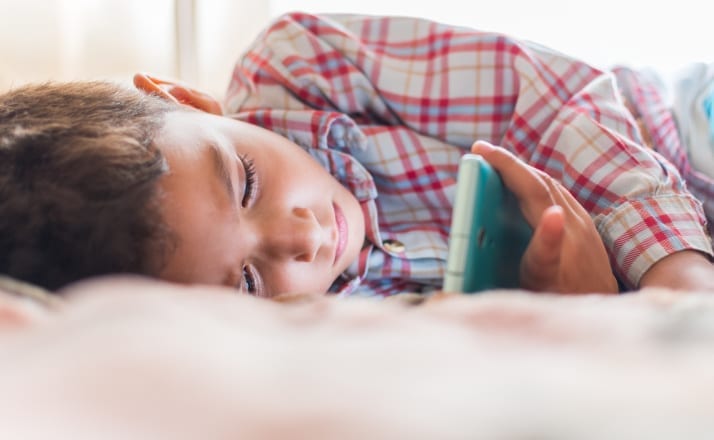 Why are we allowing our kids to have social media accounts at such early ages—during a time when they are so impressionable and are trying to find their self-worth in all the wrong places?

There is no doubt that parenting is probably harder than it ever has been.

Our generation of parents are fighting battles that our own parents never dreamed of fighting. And we would be naive to believe we can protect our kids from everything.

But we can say “no” to our kids when our gut is telling us that’s the right thing to do.

We can give them a cell phone to use for emergencies or to check in with us that doesn’t have an unlimited data plan.

We can tell them they have to wait to open a social media account.

We can be more vigilant about their use of the internet.

Kids are facing unbelievable technological pressure these days—to have the latest and greatest cell phone, to use all the apps, to have all the accounts.

But as parents, we have to fight for what is best for our kids.

If we all banded together—if we all took some of that pressure off of our kids by working together to wage a war against the loss of innocence our kids are experiencing, then maybe, just maybe, we could all breathe a little easier as we send our children out into the world.

Comic Goes Viral Because It Hi…

Girl Is Physically Assaulted On Sch…