Well hot damn, I’ve finally hit it! Finally hit that age where I go to touch my face and realize it’s a good 2 inches lower than I last left it. And what an odd feeling that is – getting old.

You know how you can live in a house for many years, and become fully capable of navigating it with the lights off? Getting old is like moving to a new house, going to take a piss in the dark and walking into a wall because you don’t have a fucking clue where the bathroom is.

And the worst part is, it’s not just your face that’s trying to get cozy with your ankles. It’s every little bit of you, sinking lower, expanding and just generally not bouncing back the way it should.

The other day I tried to put on eye shadow and my skin just kinda bunched up like the plastic wrap from a frozen pizza. I took my eyeshadow brush, and I tell you- I swirled that motherfucker around trying to do my business to look decent for the day and that eyelid skin just kept bunching and stalling and generally acting like my kid at bedtime.

This isn’t even covering the absolute horror of crouching down and having to get back up again. I’m starting to think I may need a pulley or some sort of rope apparatus above my toilet and couch just so that I can get back up with ease.

Why is it that getting old has a general theme of becoming gravity’s bitch?

First of all, I feel the need to just throw it in there that I am not actually old (and neither are you). I’m almost 35, so old by my teenager standards, but what do teenagers know?

My own particular issue is that I have a chronic illness and 3 kids, so my joints and body feel age beyond my years. I am often exhausted, sore and crotchety… from being exhausted and sore.

But mentally, I feel just as confused and silly and lost inside as I did when I was 17.

And I think that’s the secret. The more people I talk to of various ages, the more I realize that your body ages at a pace that is visible to the outside to the outside world, but your mind doesn’t.

When I was younger I had many misconceptions about getting old, but the older I get the more I see how wrong I was, and the more I actually appreciate age. 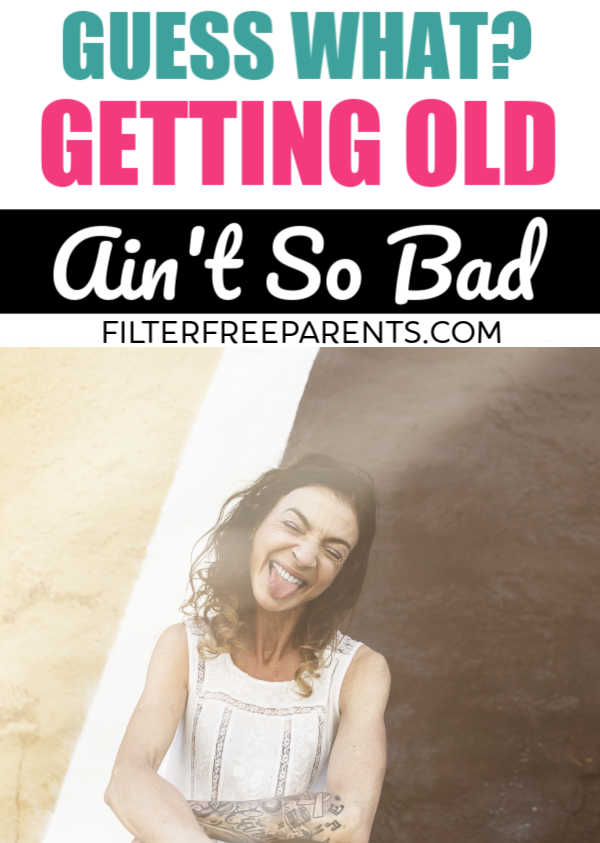 So here are some misconceptions about getting old – debunked.

Everyone has their shit together

When I was a wayward youth, I had this thought that no matter what, everyone has their shit together by 40. This could not be further from the truth. Having your shit together doesn’t come with a timeline, and furthermore seems to be more of a spectrum and moving target than a departure/destination thing.

This is because life just happens. So no matter how much you work to get it together, a strong breeze can come out of nowhere and scatter your shit again. Life itself is just an extended montage of plodding about, picking your shit up in a desperate attempt to sew it together again. #lifegoals

I went to school for a degree, had a successful career and have recently given it up because my priorities changed. Your life is more “choose your own adventure” then a map. Which is kind of cool if you think about it.

When I was younger, I had this weird idea that 30-year-olds wore suits and formalwear as a general rule (my mother was very young so I didn’t know much about 30-year-olds). This is obviously bullshit.

Despite the fact that many of us outgrow our wilder teenager fashions, some of us don’t. I have left many of my piercings and style choices behind in my youth, but I also have kept some of them as well.

It never once crosses my mind if I’m “too old” to pull off an outfit.

My priority is whether I can chase my children, get up and down easily without besmirching my reputation and wash the thing without having to read a fucking label.

One of the most amazing things about getting older is the process of starting to run out of fucks for shit like this. I remember someone telling me 30’s were rad for not caring what people think anymore.

I thought that was impossible but I am finally getting there. As time goes on I care less and less about what I should be doing/wearing/saying and am finally starting to live my best life. 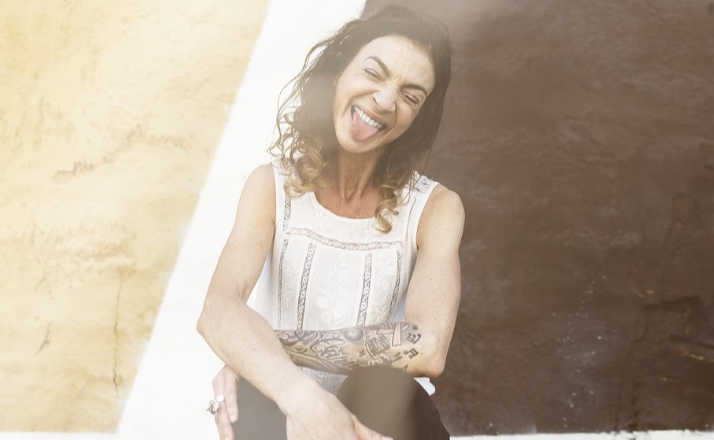 Fun will be a thing of the past

I used to believe that fun shit like going out to concerts, drinking, doing bonfires and partying was for the young. VERY WRONG. From my adult vantage point, it looks like the older you get the MORE fun you are able to have because you aren’t burdened by drama, you appreciate your free time more, and you know how to have fun without relying on getting inebriated and acting the fool.

Another thing that comes with age is usually more money for fun. You CAN go to that concert, because you budget like a fucking grown up, you didn’t spend all your cash on licorice and Old English.

Want to take a dance class? Learn to cook? You are fully able to do that shit because you make the budget and manage your own calendar. Fuck yeah #adulting!

We tend to look at maturing like the end of the line. Huzzah! I’m a grownup, I have matured, this is the final station.

This is wrong wrong wrong! I am 34 years old and I am fully entrenched in what could only be described as a year of personal development. I’m old enough to recognize my flaws and make a conscious decision to scrap what isn’t serving my life or my happiness.

I have realized that my crippling insecurities, my tendencies towards being negative and neurotic, and my absolute fear of doing anything is holding me back in a major way.

This is all shit that I am working hard to shovel into my fuck-it bucket so that the rest of my life can be as purposeful as possible. Every day we are reminded that we only have one life and I have spent a lot of mine not living at all. NO MORE!

Getting Older is Not So Bad

Age cannot be stopped! Don’t even try. Just reframe that shit, and think about how glorious it is that you are wiser, more comfortable and secure. Like an old beat up pair of shoes, weathered by a good life and experiential mileage (ok not the best analogy, but you get it).

And if you’re really feeling shit about your age, just thank your lucky stars the Internet wasn’t there to document your shit choices forevermore!

Tell us – How do you feel about aging?

This post originally appeared on Healthy Living For Hot Messes