Right after we had our daughter, my husband and I started trying for another baby. Now I realize how crazy that was in retrospect to have two kids under two. But at the time, we couldn’t have known how quickly we were going to get pregnant.

It took close to a year for us to conceive a healthy baby the first time around, and we were in a sweet spot with our newborn. She was three months old, sleeping through the night, napping for good chunks of the day, and I could have two of her in my home and it would be just as easy.

I got pregnant immediately and his due date was only two weeks after my daughter would turn one.

As the year went on, I started to get nervous that this wasn’t such a good idea. Teething interrupted the good sleeping, nap schedules changed, and she got mobile. Crawling meant she needed a lot more time and attention, and as the pregnancy progressed I felt increasingly worse, probably because my body hadn’t had a chance to heal. But there was no going back.

We bought a second crib, another car seat, a double stroller, a whole new wardrobe in blue. There were some things we could reuse, like bottles, but lots of things we needed to buy two of because my daughter would still need them.

My daughter turned one, and my son was born a mere 15 days later. I had two under thirteen months. We had two kids under two. 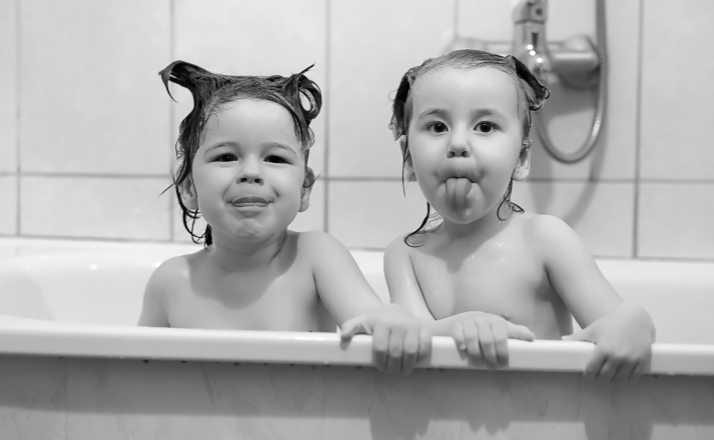 That is when the dark days began. I suffered from undiagnosed postpartum depression for at least two years. But that aside, things with two babies are just hard. The physical burden of having two littles to care for zapped me of energy. I was constantly carrying a car seat and a baby. I was always drained, my baseline exhausted.

Screaming in their car seats or melting down in public became inevitable events when I’d venture out. This was before Amazon and deliverable groceries had taken off, so a trip to the grocery store brought on genuine anxiety.

I didn’t have a good network, so I felt alone. I tried to go to a meeting of other moms and spent the entire time with two children clinging to me so I couldn’t talk to the other women.

I kept trying. One day I was going to a Mommy ‘n Me class and I was carrying my son’s car seat and my 15 month old daughter was walking and we were navigating snow drifts and she slipped and I couldn’t get her back up to standing and we all were crying.

My workload was enormous. I was constantly cycling laundry and bottles-my to-do list multiplying exponentially. As soon as I finished one load, three more would appear.

To add to that, while my daughter had been a relatively easy baby, my son was hard in comparison. He had acid reflux. He coughed for the first six months of his life and required a dozen trips to the doctor and specialists.

He didn’t sleep. He wanted to nurse all night long. He was only happy when I was holding him. I thought maybe when he started eating solids, he’d start sleeping. Instead, when he turned six months, he had no interest in food whatsoever. Another thing to worry about.

Those were the hardest years of my life.

I look back at pictures and I see me smiling with two really cute kids, but I know that behind that smile was a woman on the edge.

But the good news is that like all things in life, it didn’t last forever. They got older. My son got easier, he started eating and sleeping. I finally realized I had PPD and got it treated. After years of no breaks, I got a reprieve when they started preschool.

Today they are best friends. They are into the same things. 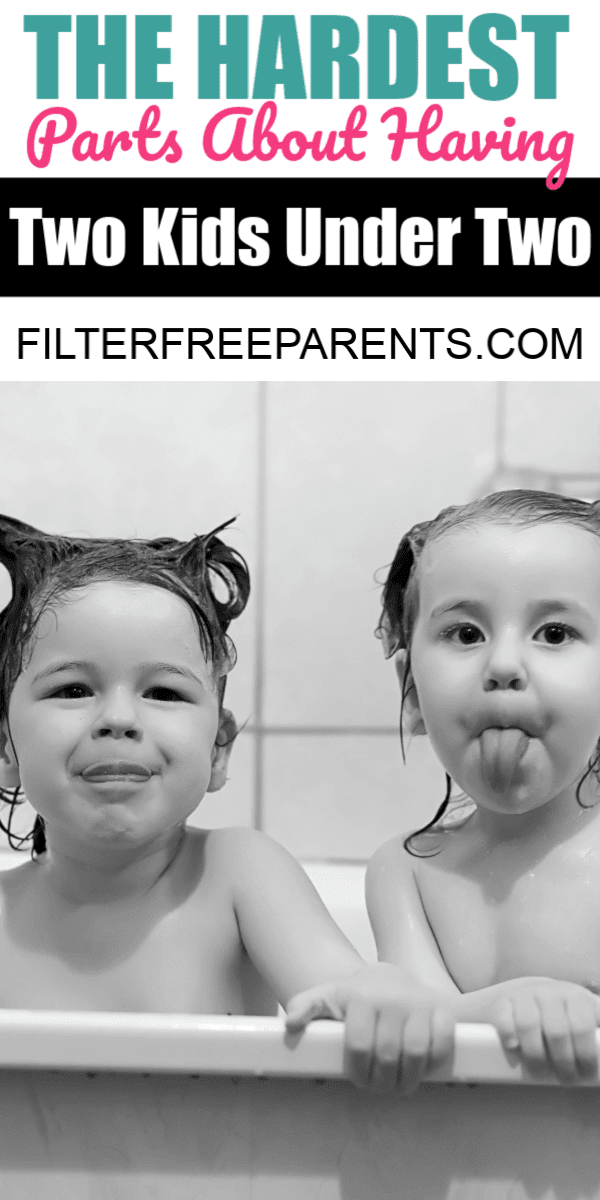 They both love to color together, watch the same movies and shows, play the same types of games. Being so close in age, when one likes something, the other follows suit.

Music, movies, and games fill our home. They always have a friend to play with at the park, they sleep in a bunk bed because they can’t stand to be alone.

They figure things out together. She’s still the older sister, but when it comes to teamwork, they’re surprisingly good together.

They wouldn’t be this close if they weren’t so close in age.

It wasn’t easy, but after surviving those early years of a close age gap, I realize how incredibly strong moms are. I’m not sure if I’d do it the same way again if I had a choice, but for anyone going through it now, there is a light at the end of the tunnel.

To the mom struggling with two kids under two, here’s my best advice:

Treat postpartum depression first and foremost. It destroyed my happiness, it made me feel like I couldn’t do anything right.

Join a group of supportive moms, even if it’s online after the kids go to sleep.

Give yourself a break, explain things to your partner so he understands.

Know that you are not alone. Remember that this too shall pass. And have faith that it’s going to worth it in the end. The best days are ahead of you.


Toddler Rescued By Strangers At The…