I was 37 when I carried and gave birth last year to my daughter, Alessandra. It was a relatively easy pregnancy, but I worried the entire time because I was pregnant after 35.

I take that back. Worried is definitely an understatement.

Because I was pregnant after 35, I was frantically obsessed that something “bad” was going to happen.

The media had me convinced that because of my age there was a strong possibility I would have complications during labor or that my precious angel could be born with a birth defect.

Although I was offered certain prenatal screening tests to check for problems ahead of time, I declined. I was even more petrified that invasive testing would cause complications or worse. After finally having my little girl within reach, I was not going to risk miscarrying or harming her in any way before she was born. 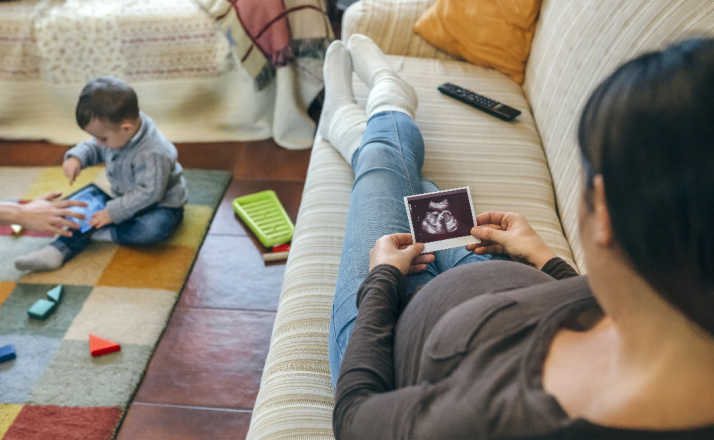 So for nine months, I worried. I Googled. And I worried some more about being pregnant after 35.

Outwardly, it was a happy pregnancy filled with anticipation. Inwardly, I suffered in silence; struggling day after day with the unknown.

At times, my worry became anguish. I was unable to escape the headlines – the featured articles and news stories that told heartbreaking tales of Down syndrome, genetic disorders and stillbirths.

The media was (and continues to be) fixated on the risks, rather than the rewards, of getting pregnant later in life.

My solace was a little organization called the March of Dimes. It was their website that helped me regain my composure when I felt like falling apart. They reassured me when all others said otherwise:

“Most healthy women from age 35 into their 40s have healthy pregnancies. Most women over 35 are in good health.

If problems do arise for women over 35, they can usually be successfully treated.”

Many more women pregnant after the 35 have perfectly normal pregnancies and deliveries than not. Let’s talk to them and tell their stories.

Let’s learn from them and give other frantic expecting older moms some peace. It’s time we shift the focus from what can go wrong to what does go right. I’m proof that mommyhood after 35 is a wonderful thing.

Thank you March of Dimes for being my ray of sunshine on the darkest of days.

Can This Be The Year That We A…