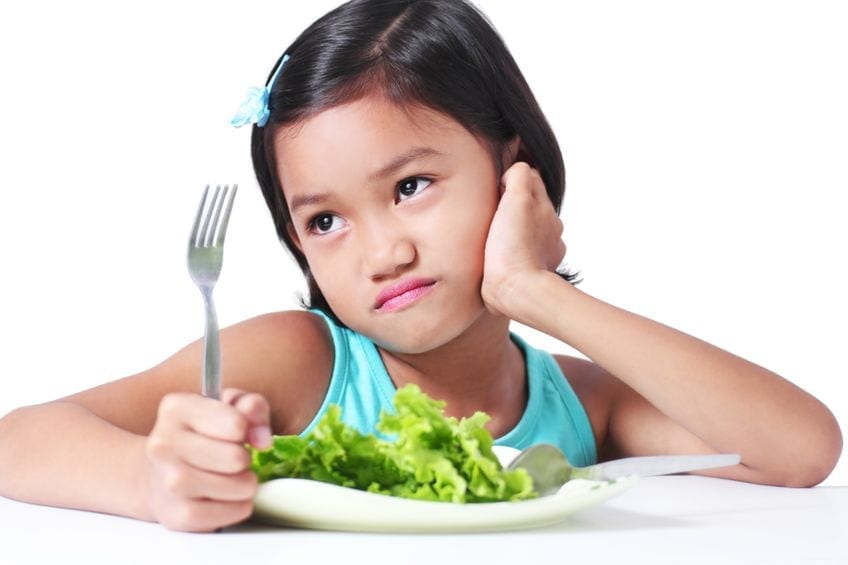 Hi, everyone! My name is Jennifer and I blog over at MomTricks! I’m excited to write today about a topic I know a lot of parents struggle with: getting kids to eat more vegetables. Having dealt with this issue myself, I know a thing or two about it, so I hope I can offer some good advice.

There’s not a fight in history as grueling and frustrating and as the battle of mom vs. child at the dinner table. Many a weary parent has found themselves begging and pleading their kid to at least try the colorful array of foods in front of them, only to result in whines, protests and the occasional scream (and that’s not even mentioning the kid’s response). It can be absolutely draining, and it’s understandable that some parents find themselves at their wit’s end trying to get them to eat what they cooked for them.

A lot of people think they’re winning the battle with covert operations and sneaking the fruits and veggies into their diet with things like smoothies or shredding it up so tiny that it’s not even recognizable anymore. Trust me: you’re doing yourself a disservice by doing this! Sure, you’re getting them to actually ingest a bit of the good stuff, but you’re not getting their palates used to it, and that’s where the problem lies.

What I found works best is to get them involved in the whole process of making the meal from start to finish. I call it the “Little Leader Method” because that’s basically what it is: letting them make all of the decisions (or at least letting them feel like they did) and letting them help out along the way.

What in the world does this involve? It’s actually pretty simple! Give me 5 minutes of your time and I’ll give you some key tactical strategy to win this war.

Step 1: Let Them Pick The Veggies

You have to start the process from the very beginning, and that means letting them pick out the veggies you’re going to be using in the meal. Head on over to the vegetable section of the grocery and guide them in the right direction to picking something they think looks yummy. If you have something specific in mind, you could give them choices, such as letting them pick between a squash or cauliflower; this is a good idea if they’re young, too.

As long as they feel like they were important in making the decision, you’re on the right track.

Step 2: Let Them Pick The Recipe

The next part is fun. I recommend going to Pinterest and searching for recipes that use the veggie your kid selected. The great thing about Pinterest is that it’s absolutely full of delicious-looking recipes that can make even the ickiest of vegetables look appealing, especially to the picky eater.

Now, you may not be a master chef (I know I’m not) and not want them to pick a grand meal that’s going to take all day to prepare, so what you can do is pick out a few that you want to prepare and have the ingredients for, and let them choose from them.

If you have an iPad or similar tablet you can follow along in the recipe using it, or you could print it off. This part isn’t 100% necessary, but I like to do it.

Now, if your child is 2 years old, you probably don’t want them wielding a sharp knife, but there’s always something they can do to help in the preparation. Even just helping to wash the vegetables is good! You could also get a younger child to help add seasoning to the vegetables or pretty much anything basic that involves handling the ingredients, which to a kid is huge. They really feel like they’re involved in the recipe and it makes them way more into the idea of trying it when it’s done.

If your child is a little older, you can give them more responsibilities, like peeling or scooping, or even chopping things up if they’re old enough.

If you involve your child in all of the steps, you’ll probably be amazed at how much more willing they are to eat the end result. I don’t know exactly what it is about it, but it works. Most kids love helping around the kitchen, and they marvel at the end result when they know they were a big part of it.

The beauty of this method as opposed to sneaking veggies into their food is that it gets them used to eating it. Where kids struggle is with the new tastes and textures, and there’s a huge mental hurdle for a kid to try eating a brussels sprout when they know they hate the taste, and the key is to get them little tastebuds used to it.

Don’t give up! It’s never an easy job to get your picky eater to open up to new vegetables, but with enough persistence and time even the pickiest of kids can be reasoned with. Letting them be involved with the meal is huge. And it’s well worth it to get them eating well. These habits are hard to break the longer they go on, so getting a jump on it early is vital.

I hope you try out my method and it helps! 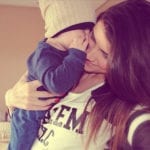 Jennifer is a stay-at-home-mom, blogger, and full-time kid wrangler. She blogs at MomTricks.com on a variety of topics, all aiming to making your life as a mom easier.

Moms Are Sharing Their Hilario…


17 Hilarious Tweets That Sum Up Hal…

Halloween is right around the corner; bring on the fun costumes, the shouts of “Trick Or Treat!”, and the SUGAR … Read More

Kids are obsessed with YouTube these days. If you’re the parent of a young kid, then you know how much … Read More