Four-year-olds are awesome. And insane. Probably border-line psychotic. I know this because I have survived three.

One second? They are so sweet you just want to gobble them up. The next second? They have no bones and they’re writhing on the floor, screaming bloody murder because you had the audacity to give them milk in the yellow cup and OMG that was sooooo yesterday. What kind of parent are you?

I’m pretty sure the character Dr.Jekyll and Mr.Hyde was based on a 4-year-old.

Four-year-olds will make you laugh because they are seriously hilarious and laugh way too hard at the word “poop.”

They will make you face your biggest fears because they are hell-bent on doing everything possible to prove Darwin’s theory of survival of the fittest.

And they will make you cry. Because they are relentless. Re-lent-less. They don’t care that it makes zero sense that they asked for grilled cheese but now they hate grilled cheese and why are you trying to poison them?

Seriously. You’re living in their alternate reality now. You can never win. It’s best not to even try. But you can survive. 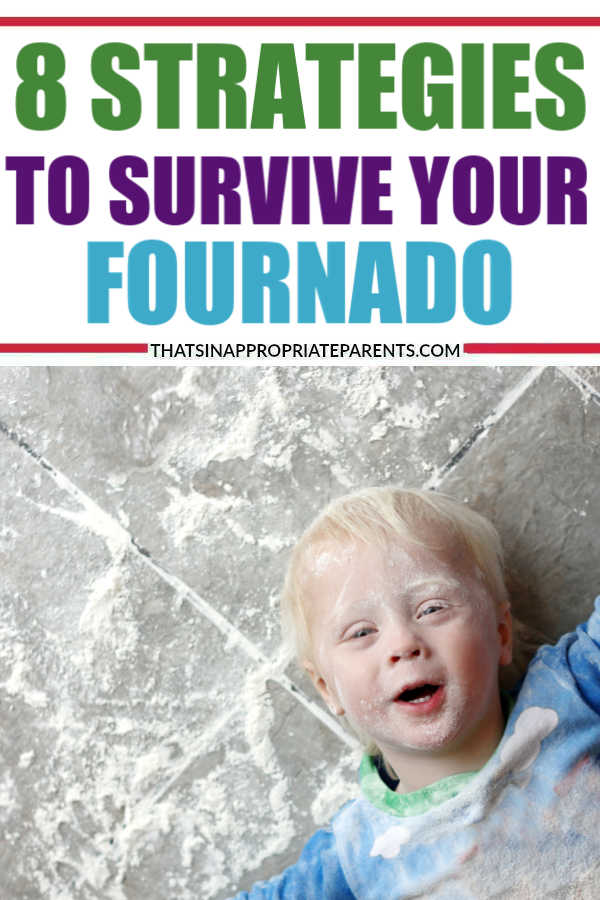 Here are the best ways to survive your precious little fournado.

They will take it as an immediate challenge. Just like a gorilla. You will want to peek but just know, there is no going back, no escaping once they’ve seen the glimmer of fear in your eyes. It will only fuel their passion to destroy and conquer. Look away mama, look away. And wear deodorant. They can smell fear.

Speaking of fear, fear the peace and quiet.

You will be tempted to bask in the momentary silence. You will think that you have finally reached an age when you can trust them to play by themselves. LIES! You haven’t. It’s all a trap to lull you into a false sense of security. Don’t be fooled. They are not innocently playing. They are either wreaking havoc or plotting world domination.

Be proactive and avoid the hangry.

Always carry life-saving gear. Only going out for a quick errand? It doesn’t matter. Bring water and snacks. All the snacks. There is a reason Costco is so successful. Its toddlers and snacks. They are hungry. Always. Except when it’s dinner time. Then they are so very full. Until 5 minutes after all the dinner dishes have been cleared at which time they will have no bones and protest that you are trying to kill them by starvation. 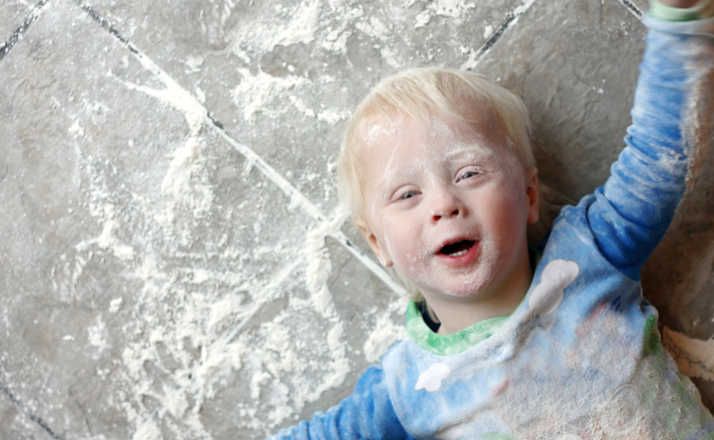 The cat scratched because the 4T was trying to put her in a doll’s dress? Band-Aid. Microscopic owie that judging by the tears and screams of agony is obviously life-threatening? Band-Aid. No blood? No scrape? No mark? It doesn’t matter. Band-Aid.

The triple D. While not always effective it will work most of the time. Okay, some of the time. Fine. Almost never. Because, as previously stated, fournados are relentless. It doesn’t hurt to try though.

You are now living in an insane asylum. The inmate is extremely unpredictable. There will come a time when you will need reinforcements. Have your partner, your best friend, your mother, your favorite uncle, the neighbor down the street, anyone, on speed dial. Now is NOT the time to be a hero.

Shirts are itchy. Socks feel weird. Pants are wrong on so many levels. The orange jacket is not orange-y enough. The orange mittens are TOO orange. Don’t even bother trying to rationalize it. Just let go and give in, it’s easier.

Remind yourself “It’s just a phase.”

Record yourself saying it and play it while you are sleeping. Repeat it, dream it, internalize it. Breath it in and out as you practice mountain pose. I’m totally kidding. You don’t have time for yoga. You are the parent of a fournado. There is no relaxing. You can never, and I mean never, let your guard down.

Above all, don’t lose hope and remember, it really isn’t you. It’s ALL them. Plus, five is just around the corner. And 5-year-olds? Are slightly less insane. I promise.


Man Tweets About His First Christma…

My oldest kid is 12 and he has never run an errand for me. To be fair, we live in … Read More