I am an unapologetic Chill Parent.

I have never attended a meeting for the P.T.A. I don’t monitor my teens’ screen time (and hardly did when they were younger either).

I held off as long as I could letting them get cell phones but caved under the pressure. Besides, I wanted to be able to get a hold of them at will, especially after school or when they were out skiing.

Permission slips often, well, slipped my mind after being buried under other mail that didn’t get opened in a timely fashion.

As a kindergartener, my daughter wore paper-thin leggings in frigid Minnesota winters simply because I couldn’t stomach the all-out temper tantrums when I tried to get her to wear jeans.

She often clashed, too, which drove my husband crazy but again, but I didn’t feel it was worth the tears. Mine more so than hers.

When my son couldn’t for the life of him hit a baseball and was clearly miserable, he was allowed to drop out of little league.

When my kids wanted to quit piano lessons, after I was sure it wasn’t a passing feeling, I let them.

They were never over-scheduled. We didn’t drive ourselves batty with sports schedules, lesson, and after-school activities. We were all, and still are, inherently homebodies.

Their whole lives (except as babies…I’m not a monster), I haven’t exposed them to a wide variety of different foods or try to develop their palette. They are picky eaters. They hardly ever eat vegetables. They drink energy drinks and Mountain Dew. Not daily, but more than they should.

I don’t stress about them failing a test, skipping an occasional practice, forgetting to brush their teeth, eating junk food, or spending an entire Saturday in bed. 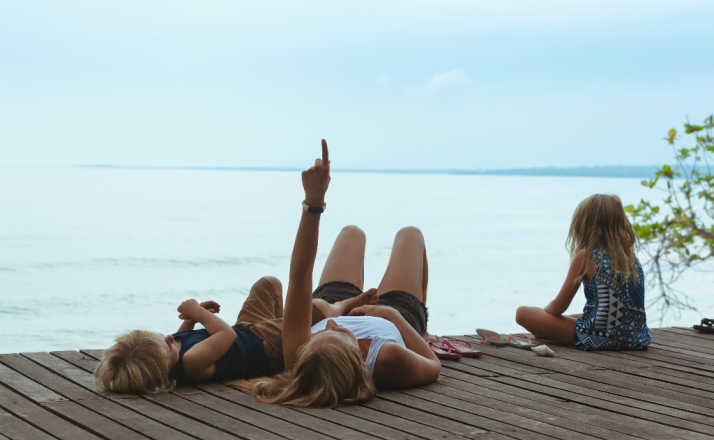 They don’t shower every day. Never have.

If they want to watch scary movies, go for it.

They don’t do much for chores around the house besides keeping their rooms relatively clean, doing some yard work, rinsing their dishes, and folding their own laundry.

I figure they will only be young once; they have their whole lives to do housework.

It’s not that I don’t care about the little things, I just prioritize what I feel is important.

Nurturing hobbies, laughing above lecturing, spontaneity over rigidity, and relaxation.

It’s not for everyone, but being a chill mom has certain advantages. I just don’t get hung up on insignificant things.

I have an uncanny ability to “Big Picture” it. I really don’t pay attention to what other people think. I would much rather that they feel loved and secure than over-worked and micro-managed.

I am both a Chill Parent AND a Good Parent.

If my teens grow up to pursue their passions over obligations, speak their truth, heal their wounds instead of hiding behind them, be kind and generous people, put love out into the world every chance they get, be gentle to living creatures, and wake up every day grateful, that is really all I can hope for.

And whatever kind of parents they end up being someday, if that is in their future,

I will be chill with it.


New Dad Gets a Taste of What Breast…