Wondering how far along Meghan Markle is this week? The Duchess of Sussex is about 37 weeks pregnant based on our pregnancy expert instincts — which means she’s in the home stretch!

On February 18, Meghan delighted royal baby watchers with a surprise trip back to the states. According to People, the Duchess returned to New York City for a baby shower with close friends prior to her late-April due date. NBC’s Morgan Radford reports for TODAY.

High School girls Fight back in their “Me Too” moment

A group of senior girls at Bethesda Chevy Chase High School in Maryland are lending their voices to a sexual harassment reckoning after a list created by their male peers circulated ranking some of them based on looks. NBC’s Morgan Radford reports for TODAY.

If You Want to Laugh Until You Pee a Little, Go Grab “Cat And Nat’s Mom Truths” 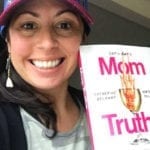 Why All Moms Need a Copy of “Mom Life: Perfection Pending” Today 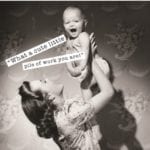 We’ve been part of the Drew Barrymore fan club for decades now; her style, her makeup, and her body of work are seriously cool. We also happen to like shopping for home decor, so we were over the moon when we learned that Drew Barrymore’s Flower line was launching home decor at Walmart! The collection is whimsical, beautiful, and affordable; there’s nothing not to love. From classic staples to fun accents, just keep reading to shop the line! NBC’s Morgan Radford reports for TODAY.

Nicholas Cage, Says No thanks to his “I Do”

The court record also shows that the 55-year-old actor has requested a divorce if an annulment isn’t possible. NBC’s Morgan Radford reports for TODAY.

Whether you travel to Florida or California, you’d better plan ahead if you’re a smoker or a stroller user.
On Thursday, Disney announced that starting May 1, smoking and certain large strollers will no longer be allowed inside Florida and California Disney parks, including Walt Disney World, Disneyland theme parks, water parks, ESPN Wide World of Sports Complex and Downtown Disney. NBC’s Morgan Radford reports for TODAY.
Error: View 922c070czy may not exist

Jameela Jamil got real about the financial cost of looking ‘perfect’ and everyone’s thanking her.

Jameela Jamil of “The Good Place” is the anti-body shaming, anti-Kardashian hero we all need right now. “No. Fuck off. No. You terrible and toxic influence on young girls. I admire their mother’s branding capabilities, she is an exploitative but innovative genius, however this family makes me feel actual despair over what women are reduced to.”

“It’s not a judicial warrant. I have no obligation to oblige by that warrant,” Bryan MacCormack said in a video recording of the incident. NBC’s Morgan Radford reports for TODAY.

Bullying was cause of school fight that killed 5th-grader, says South Carolina mom

The mother of a South Carolina fifth-grader claims bullying is the cause of a ferocious school fight that led to the death of a 10-year-old girl. “I have a lot to say,” Ashley Wright told the Post and Courier. “I just have to wrap my head around it all.” NBC’s Morgan Radford reports for TODAY.

On the day that Britain was originally scheduled to leave the European Union, lawmakers are facing what Theresa May’s embattled government describes as the “last chance to vote for Brexit.” NBC’s Morgan Radford reports for TODAY.

Some former federal prosecutors say there are enough anomalies to justify a Justice Department review of why Chicago prosecutors dismissed all charges against the actor Jussie Smollett. NBC’s Morgan Radford reports for TODAY.

The baseball was flying on a record-setting opening day as a total of 48 home runs were hit across Major League Baseball. NBC’s Morgan Radford reports for TODAY.


Comic Goes Viral Because It Highlig…