One of the biggest mysteries in the history of parenting is how to get your kid to clean their damn room without first having drama. There are the seven thousand reminders, the threats of taking away privileges, and even grounding your kid, but those strategies only yield a 50-50 success rate.

And even if your kid does clean their room, it will definitely look like a bomb hit it within a few days.

But one mom has solved this problem. And we cannot stop laughing.

An LA-based TikTok creator, Tiffini Hamer, who goes by the TikTok name @proudmomager, posted her solution in a now-viral video that has been viewed 9.1 million times.

So what was her brilliant idea? Black rice.

In typical teenage fashion there are clothes everywhere, surfaces littered with stuff, even closet hangers on the floor, and an unmade bed. So Hamer had a genius idea and sprinkled a few pieces of rice here and there to mimic mouse droppings.

I’m trying to imagine the reaction her daughter had when her mom pointed out the black specks in the corners, on her vanity, and yes….even in her bedsheets.

In the comments, Hamer told her followers,

“This doesn’t bother me unless it was dirty. Her room was messy. But she has a dog, and I constantly wash clean clothes because they are covered in hair.”

Hamer went on to explain, “Usually, if her room is not cleaned in the morning, I take her phone, but I got lazy this week.”

The method to her momma madness worked because she told followers in the comments, “She’s cleaning now.”

One fun aspect of TikTok is how instantaneously creators can talk to their viewers and followers. So, when Hamer’s audience begged her for a follow-up video, she did not disappoint.

Hamer posted a second video that revealed a cleaner room. “Since you all asked #PART2, she even cleaned her closet and got rid of clothes.”

So, did Hamer reveal her secret to her daughter? She sure did.

The comments section’s reaction to the video is wild, as one would expect. Many folks sounded the alarm that this teen might be battling severe mental health issues.

User @Raie wrote, “My room looked like this because I had untreated major depression and a panic disorder and no one helped me :/”

Another faction of commentators appears pissed that the first faction would invent excuses because teens are lazy, and messy rooms are just a fact of teen life.

User @yarotrapex wrote, “People use mental health as an excuse way too much now. This is called being a teen and they need to be taught responsibility. My mom wouldn’t stuck”

User @DeJa'” wrote, “It’s not always about mental. Y’all do realize that kids are lazy and just don’t wanna clean up sometimes right????”

A third faction of comments appears to be from exhausted mothers who think this video is 100% genius and funny.

User @Lulu6977 wrote, “This is genius. Teaching your kids responsibility starts with cleaning their rooms! Not totally their space when it’s in your house! Rock on mom!!”

A fourth faction has emerged of those sharing funny stories about what kinds of trouble they got into as teens who refused to clean their rooms.

User @AlliePhillips wrote, “My mom put everything I owned in trash bags lol.”

The comments section is a gold mine of entertaining and even eyebrow-raising reactions to a funny video.

The reality is, this was a mom who used humor and cleverness to solve a tame issue. No one was hurt. No one is in danger. But wow…the internet sure can make some wild leaps.

As a mom of three kids who certainly how to clean but often refuse to do it — because yes, kids can be lazy (shocking- I know,) I will absolutely be using this trick someday when my kids least expect it.

You can see the full video here: 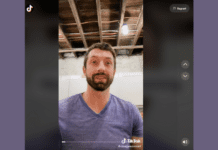 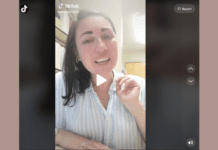 Elementary School Nurse Shares Viral, Heart Wrenching Story of a Kid Who Was Worried About Her 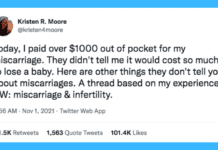 PSA Released By Sandy Hook She…