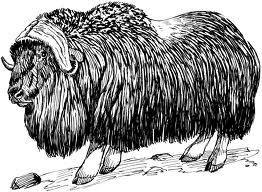 ME: I’m glad we didn’t have a chimney fire yesterday. That scared the shit out of me.

PONTILICIOUS: I knew we didn’t have one.

ME: Well it was a relief to not see flames shooting out of the chimney.

ME: That’s what happens! I grew up in an old farmhouse. We had multiple chimney fires every winter. It was like all the rage or something. The chimney was so old and cracked, that I remember flames shooting out the side – in the living room!

PONTILICIOUS: Holy shit! It must have been an old house.

ME: It was built in the early 1800s, I think. They actually moved it by oxen from one end of town to the other.

ME: OMG. Really? By oxen. Those oversized bull-looking things. OXEN!

PONTILICIOUS: Oh. There were probably no moving companies back then, huh?

ME: You don’t want me to answer that.

Teenager Gets Vaccines Against…

Whelp, it’s that time of year again- a new school year is upon us! It’s always a mixed bag of … Read More