Filter Free Parents
Home Kids Pot Is Legal But Here’s Why We Need To Be Worried For...

On October 17th, Canada legalized marijuana. Within a day, Canada faced a marijuana shortage. To say that pot is popular would be a gross understatement.

Of course, we had pot here in the Great White North before it became legal – Canadians can get high with the best of them – but legalizing it has certainly made it more accessible, and arguably made it more socially acceptable.

I’ve never been a pot smoker. I tried it once – at thirty-seven years old.

I was curious, and I figured I was close enough to being AN ADULT by then to give it a go. I didn’t like how it burned my throat, and have had no desire to try it again. In fairness, while being open-minded conceptually, I’ve always been pretty conservative about these things personally. I am just not that big of a rebel and never have been.

But I am an exception to this rule. Most teenagers are far more adventurous, and I have to say, as a parent, that terrifies me. While I am quite happy about the decision to legalize pot – I see the merits of doing so, and despite my personal preferences, I have never seen it as much different than alcohol – I am worried that the excitement over it and the joking surrounding it is sending the message to kids that pot is no big deal. 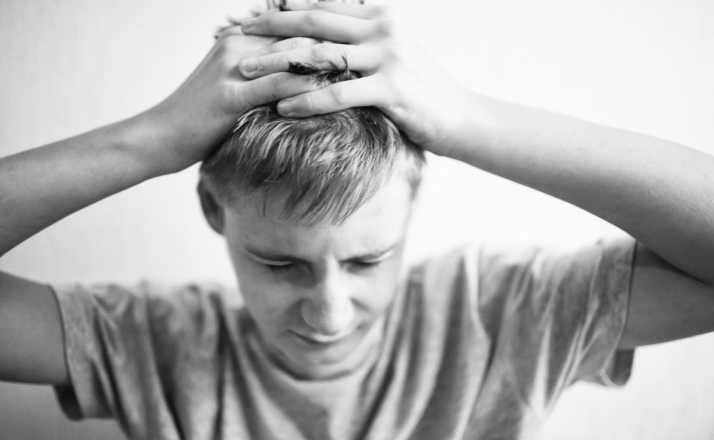 It is. I often hear discourse about it being fine because it is natural. Well, so are heroin and cocaine in their original forms. So is cyanide. So are earthquakes. Let’s not do the whole natural means safe thing. I’ve heard the talk about people practically living on pot during the 60s, 70s, 80s, and even 90s, and being fine. This doesn’t take into account how much MORE POTENT POT IS NOW THAN IT WAS THEN.

Then there is the myth that you can’t overdose on it.

Well, you won’t die from too much of it, that’s true, but you can have a PSYCHOTIC EPISODE THAT REQUIRES HOSPITALIZATION, and that’s far from the “You’ll just get the munchies” claim I keep hearing. And despite common belief to the contrary, IT CAN BE ADDICTIVE.

It can also mess with the wiring of your brain. It lowers dopamine levels and has been LINKED TO CONDITIONS SUCH AS SCHIZOPHRENIA.

Marijuana use is particularly CONCERNING FOR DEVELOPING BRAINS.  In fact, research suggests holding off on using pot until AT LEAST AGE TWENTY-FIVE, when the brain reaches full development.

This is all well and good to know, but clearly telling people not to do pot has not helped.

Anyone remember Reefer Madness? I had no interest in doing pot AS A TEEN, and even I thought most of the anti-drug campaigns were stupid. Are teens really going to listen to us when we tell them to wait til twenty-five or older?

The good news is that teens will listen

Well, the good news is that kids aren’t stupid, and when treated with respect and talked to like the intelligent people they are, kids will actually listen.

BINGE-DRINKING IS DOWN. Why? Because we stopped trying to scare them and offered them solid evidence of its danger. Same with drunk driving. SMOKING IS DOWN TOO. When offered scientific information of harm that is realistic and not hyperbolic, teens will listen.

This is also why sexual education that addresses safer sex using factual info instead of fear-mongering abstinence-only talks are much more effective. They aren’t idiots, and they can smell insincerity a mile away.

But marijuana use is up. And so are e-cigarettes. Why? Because we haven’t done a good enough job of showing them that these are not safe activities. They believe the excuses we give each other – that these are safe alternatives to cigarettes, alcohol, and harder drugs. It’s true, they might be safer than binge drinking or smoking a pack a day, but they are not safe, and if we want our children to get that, we need to face that hard truth ourselves. 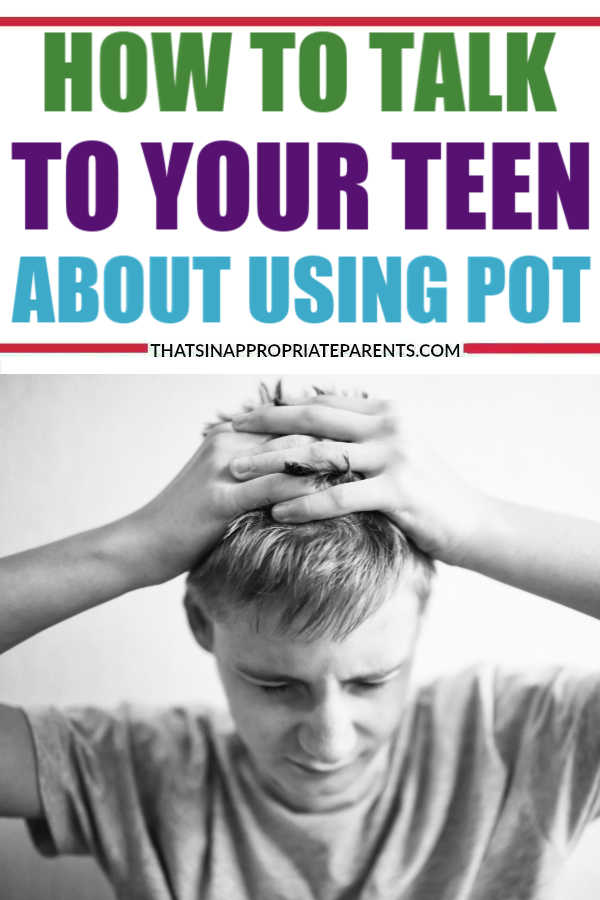 So what can we do to keep our kids off pot until they are old enough to make responsible choices about it?

Start by being completely honest with them

Don’t demonize pot, that will turn them off. They know pot use is rampant amongst adults, and in many cases they likely know you do it yourself. Don’t talk about it like it is bad, full-stop. Discuss it for what it is – something that carries risks, but that many adults do in moderation recreationally, just like alcohol.

Talk to them about responsible use

This includes waiting until their brains can handle it, and being aware of the possibility of ADDICTION. Offer real facts and research, not scare-tactics. If you lie about one thing and they discover it was a lie, they won’t take any of the real info seriously.

Let them know that pot is for adults and you will not tolerate their use of it. Ensure they know that your support for the legalization of marijuana does not extend to minors, just as the law doesn’t.

Liken it to something they will understand. I drink a ridiculous amount of coffee and swear like a sailor, but I don’t allow my five and ten year olds to do either because they are not old enough. Frame it as being for adults instead of being evil. This will also help them make informed choices about it when they are old enough to use it.

Let them know they can talk to you about it, and follow through. Help give them “outs” if they are offered pot or pressured to use it. Give them agency.

Don’t rant and rave. And don’t be too blasé about it either. Simply stick to the facts, create a safe space for them, and make boundaries and expectations clear. Respect your kids for the bright and capable people they are, and they may surprise you.