A year ago I published The Mother of All Meltdowns, which opened a door to a beautiful story-telling world where moms shared their personal stories of meltdowns and not being perfect mothers.

That’s why I was especially intrigued to read the upcoming suspense novel The Perfect Mother from  Nina Darnton, seasoned journalist-turned-fiction writer. Her book poses a universal question of mothers:  do you stand by your children unconditionally, or do you risk uncovering the terrifying truth that you may not know who they really are?

The Perfect Mother is a psychological thriller, inspired by the Amanda Knox case, but centered around the mother, Jennifer Lewis. Jennifer adores her daughter who she’s proudly sent her off on a Princeton Junior Year Abroad program in Seville, Spain.

When a middle of the night phone call reveals that her daughter is being held on suspicion of murder, Jennifer rushes to her side, convinced of her daughter’s innocence. But as the case develops, she experiences a roller coaster of emotions–incredulity, anger, grief, betrayal–as she begins to wonder if she ever really knew her daughter at all.

Mary Higgins Clark calls The Perfect Mother “a haunting page-turner [that] will keep you up all night.” All readers who loved the recent works of Gillian Flynn, Mary Kubica, and Kate
Atkinson will be excited to learn about this upcoming release.

Nina was gracious enough to take time out of her busy writing schedule to send along some Q&A:

1) What inspired your move from journalism to fiction? How did the writing experience differ?

Like many journalists, I always wanted to write fiction. But I also loved reporting. My area was varied. I covered family and women’s issues, but I also reported from Africa, Poland, Spain and England for a variety of publications.

I wrote movie reviews for the Times, fashion reviews and reporting for Newsweek, and dozens of interviews with actors, writers and directors about their projects and artistic process. I spoke to many people in all walks of life and I was always as scrupulous as possible about getting it all down, not making mistakes, sticking to the facts as I learned them. And in the process, I learned not only how to structure a story that I was writing, but how different people in different professions lived their lives.

After a while, I began to imagine people in different situations and, like a kid moving around play figures and inventing stories about them, I started to build an imaginative world. It was a challenge, but also a great pleasure, to let my mind go wherever my imagination wanted to take me.

Before long, that was all I wanted to do. As for the difference in the writing experience, the biggest is that journalism is communicative. You interview people, cover events. Fiction happens in your head. It’s lonely and I had to get used to that.

2) How did your Masters in Child Psychology inform your writing The Perfect Mother?

I know my degree informs my writing as well as everything else I do. I chose a child psychology degree because I was interested in why people behave in certain ways and the more I studied, the more I was able to understand much of the world around me, as well as the people I was covering.

It was a short step from that to drawing on my knowledge of child development and family psychology when writing about the relationship between a mother and her children, as I did in The Perfect Mother. 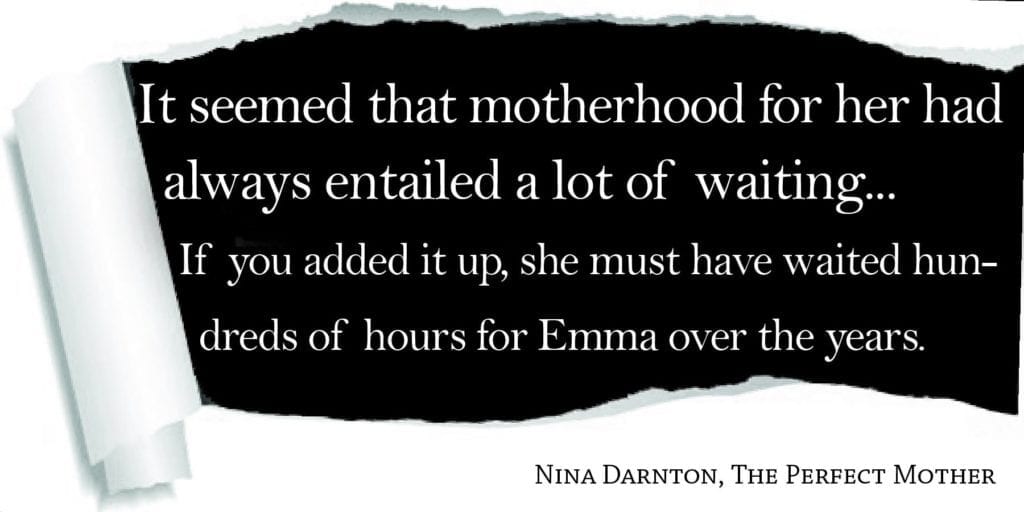 3) What drew you to the Amanda Knox case as the inspiration for your book?

As a mother myself, I was obsessed with the horror of hearing such frightening news from your daughter. I mean, imagine that you believe your daughter is doing well, is exemplary in fact, and enjoying her junior year abroad.

Then you get a call in the middle of the night and your daughter is on the other end of the phone, crying and saying that someone has been killed and the police believe she did it. I kept imagining this scenario, what would happen next, what would be the worst that could happen, what would be the best, and finally I was compelled to write it.

It’s not at all about Amanda Knox. But it’s fair to say it was inspired by that story.

4) Do you have a favorite character the book?

I think my favorite character is Roberto. I don’t even know where he came from. He kind of butted in and wrote himself just as my character Jennifer needed a friend.

I was really happy to meet him. I admire him. He has his own tragedy that he must constantly overcome while doing his work.

He is a great professional with immaculate style, but he has heart and depth and he appreciates and in many ways saves Jennifer during that terrible time.

5) Does society pressure mothers to be perfect, or can mothers ever just be good enough?

Yes, I believe that mothers not only can be “just good enough” I believe that is the best they will ever be and that’s fine. There is no perfection, not in motherhood or anything else. We do the best we can. We muddle through.

With love and basic good will, most of us will see our children grow to adulthood and live productive lives. Too much effort creates anxiety for both the mother and the child and makes a happy, fulfilling life less, rather than more, likely.

6) What is the most important lesson that would like readers to learn from Jennifer’s and Emma’s struggles?

First, I hope readers enjoy the book. I’d be happy if they found it engaging and compelling and had trouble putting it down. I would also hope that they would take away the thought that there is no perfect way to raise a child, that staying at home or going out to work, when there is the choice, which is economically not usually the case, is not really just about what is best for the child, but also what is best for the mother, the marriage, the whole family.

Also, I think it’s important for parents to be better at paying attention.

Part of loving our children is teaching them to take responsibility for their actions. It’s important for children to separate but it’s also important for mothers to separate, to resist taking their own self worth from their children’s accomplishments.

That is a really good and difficult question. I suppose, ideally, both parents are on the same page and there isn’t a choice to be made. When there is, I guess I usually think one has to defend the weakest player, and that, of course, is the child.

8)  Is there a difference between unconditional love and blind faith in your child?

Yes. The most important thing I can say about blind faith is the obvious: it’s blind. That immediately implies that there is much that is not seen.

Blind faith is Jennifer’s problem, to a fault. She insists on believing the image she has formed of her daughter no matter what is presented to challenge it. Unconditional love is something else entirely. Nina Darnton is a former staff writer for Newsweek and a former frequent contributor for the New York Times. As a freelancer, she has written for several news outlets, including the Los Angeles Times, the Washington Post, Travel and Leisure, More and Elle. She has also contributed on-air essays for the PBS NewsHour and covered the Polish Solidarity movement for National Public Radio. She published An African Affair in 2011, based on her five years living in Africa. This is her second novel. She’s married to celebrated New York Times reporter and bestselling novelist John Darnton. She lives in New York City.Nina Darnton lived in Africa for five years, two of them in Lagos. She has been a frequent contributor to The New York Times and NPR and a staff writer for Newsweek. She lives with her husband, the novelist John Darnton, in New York. 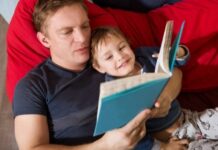 4 Of The Best Bedtime Stories For Kids Love The Show “Maid” On Netflix? Here’s Why You Should Totally Buy The Book

Keeping tabs on your child’s progress in school is obviously important, and many teachers do an excellent job keeping parents … Read More