Now that I’m expecting my fourth boy, I hear this comment more than ever,

“Well, at least you won’t have to deal with all that girl drama!”

The comments are well-meaning and I take no offense. Still, I have to say, as each of my boys age (i.e. learn to talk), I am discovering more and more: boys have PLENTY of drama too.

If you feel like your sons suffer from Dramatic Boy Syndrome, you are not alone.

While I certainly acknowledge that raising boys and girls (especially as teens) may look different, one thing is for certain: there is more than enough melodrama to go around.

Here are some symptoms you might notice if you are raising boys who hold up at least their fair share of drama (and then some):

The rolling of the eyes

I’M SORRY FOR IT ALL!

My oldest is only seven, but he rivals a teenage girl in his eye-rolling ability. (Is this what parents mean when they say their child is “advanced”?)

I never understood why this was such a big deal to my parents, but now that I’m frequently on the receiving end, I totally get it. Few things make me want to lose my ever-loving mind like a well-timed, well-executed eye-roll.

Everything is the end of the world

The stereotype of an upset boy is tantrums or emotional withdrawal. While I can say that these happen occasionally in our house, the dramatic overreaction (often attributed to girls) is far more common in our house.

There’s no end to the “problems” that have led to tears in our home.

General frustration about anything from the look on his brother’s face to the feel of his sock? Tears. 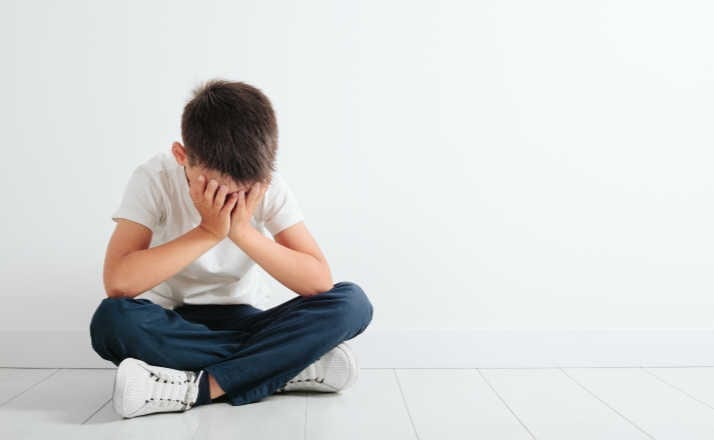 Mom and Dad are just SO unfair

Look, I’m not saying I was a perfect child, but in general, I saved my most theatrical antics about my parents’ unfairness until my age was at least into the double-digits.

Not so with my son. It is abundantly clear that we were put on this planet to oppress him and he is going to let us know about it.

The expectation not to fist fight with his siblings.

It’s not just my kid. Ask (almost) any other Boy Mom.

I would leave room for the possibility that my son was an exception to the rule, but the thing is, I have lots of experience with raising boys at this point.

Once you have a litter of your own male children, you quickly find other moms to join you–both for the solidarity and for the desperately needed help in exhausting your offspring.

One thing is clear — the drama is real and it is widespread. Playdate after playdate has proven to me that while Boy Drama often flies a little under the radar, it is absolutely there.

Just this week I had three extra boys playing at our house and I watched as one kid bumped slightly into his brother (on purpose, of course). Younger brother put on the full show, falling to the floor in tears and acting as if he’d been on the receiving end of a full beat-down.

Approximately ten seconds later, when he realized no one was rushing to his aid, he got back up and moved along.

And the Oscar goes to…

If you feel like your man-child, whether toddler or teen, is rivaling the teen-girl-stereotype from a cheesy early 90s movie, take heart. There are plenty of other Boy Moms all around the world trapped in this emotional trainwreck with you.

On the bright side, maybe all this dramatic acting experience will pay off one day. When your kid wins his first Oscar, you can confidently say he got his start early, right here at home.

One of the biggest surprises of becoming a mother was just how hard breastfeeding is. For something that is “natural” … Read More