Raise your hand if your kids become crazy assholes as soon as it’s time to start *thinking* about bedtime. I don’t know what brings about the absolute insanity that ensues at my house after dinner, but I’m beginning to think someone is spiking my children’s food with a dangerous combination of uppers, downers and hallucinogens.

My kids transition from an exhausted state of barely being able to move or talk (unless they need to whine), to downright frenzied delirium.

I’ve read about After School Restraint Collapse, and though the non-stop whining is annoying AF, it’s nothing compared to the frantic, mentally unhinged train-wrecks who take over my house immediately following dinner.

Basically, as soon as they take their last bite of food, we enter The Upside Down. Here, my unruly demo-children rage through our house on a rack and ruin mission with the single goal of decimating everything in their path. They are violent, drunken honey badgers who don’t give no fucks about anything, or anyone. My four year old becomes incapable of completing even the simplest of tasks, such as removing her socks.

My three year old runs around in a state of maddened laughter, wreaking as much havoc as she can muster. She dumps out cups of water, or spits mouthfuls of it onto whatever surface, or human, she finds funniest.

Between the two of them, they run back and forth between our bedrooms, climb on furniture, rip through drawers, jump on beds and slam doors. If something makes its way into their hands, they throw it. If someone walks in their general direction, they head-butt them. If they are spoken to, they most certainly don’t hear a word of it. And, if you rage scream at them, they laugh.

Which leads me to their emotional state: if they aren’t running around laughing like a pair of psychotic mental patients, they’re lying on the ground crying hysterically.

Or they’re doing both. And no, I’m not exaggerating – my kids are so out of their minds they laugh and cry at the same time. Their lunacy is terrifying to watch.

They’re exhausted and hyper-wired at the exact same time. So their brains are functioning at around 3%, but their bodies are moving at the same pace as someone who’s just downed 6 energy drinks.

This is coupled with the fact that they’re experiencing this state in tandem with one another. It’s beyond anything I’ve ever experienced.

Since being “normal hyper” isn’t possible for them, violent outbursts have become a nightly tradition.

But for some reason, injuries don’t discourage my children. Even though they complain about their injuries, non-fucking-stop, they don’t actually do anything to try and prevent them from happening.

You’d think after barrel rolling off her bed with her eyes closed, and smashing her face into her night-side table, my four-year-old would have learned a valuable lesson. Nope. The next night she decided to put a giant sphere shaped pillow on her bed. She then proceeded to somersault over it onto the floor. It’s just one great decision after another.

We recently banned bathing them together because they couldn’t comprehend why trying to drown one another was wrong. 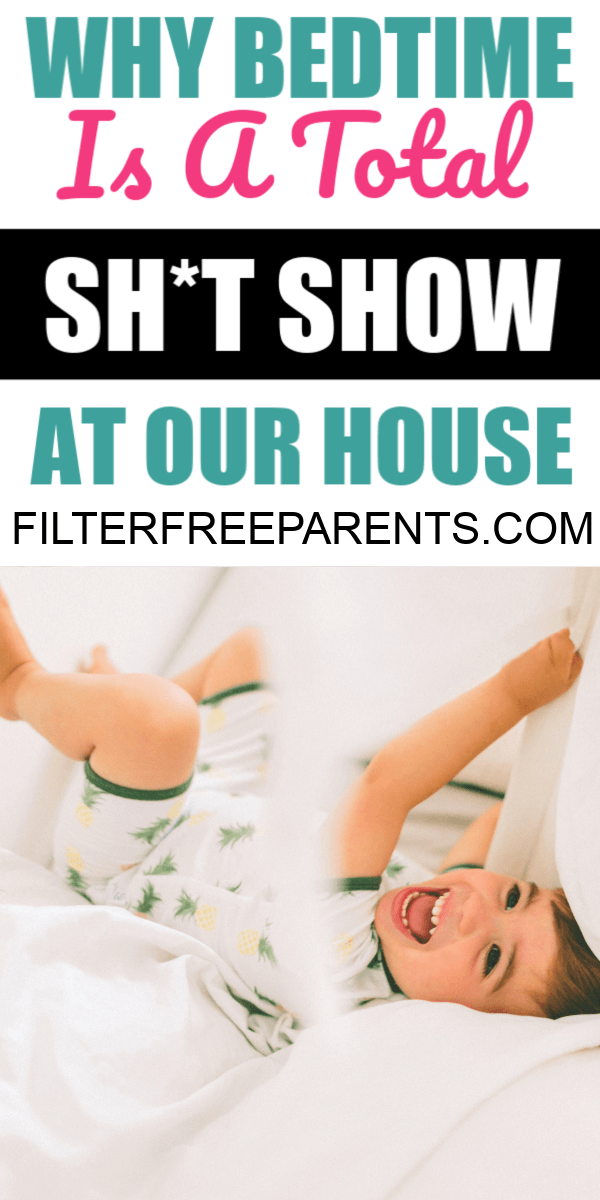 I guess near-death experiences are all part of the fun for them.

It seems all they’re interested in doing is fucking around to levels that surpass extreme. It’s impossible to accomplish anything, because all they do is sabotage everything.

Brushing their teeth? They thrash their faces back and forth and spit out toothpaste as far and wide as they can manage.

Brushing their hair? They bawl hysterically over anything that resembles a tangle.

Putting on their pajamas? First they need to run around buck ass naked and roll around on any cloth covered surface they can find, because apparently, towels are stupid.

They’re as difficult to herd and dress as a feral hairless cat.

And of course, who can forget what happens once they’re in bed.

They get out of bed, that’s what. And even though there are only two of them, trying to corral them feels akin to a life-size game of whack-a-mole. On crack. It’s the most exhausting 57 minutes of our day.

Why are they like this before bed? Well I’ll be damned before I ever figure it out. It’s the million dollar question in our house. The only thing I can think of is that they must actually hate their father and me. That, or they’re possessed by demons come nightfall.

Despite how it sounds, we actually have a very structured week, guided by daily routines and expert parenting advice.

We are literally the annoying, straight-edged parents who do everything by the literal parenting books. Everyone rolls their eyes at us. But we’re only like this because we’re terrified of what our kids will be like if we’re not.

We read to them. We play with them. We talk to them. We love them. We even resorted to desperate measures and began using meditation, light dimmers, essential oils and calming noises to try and trick their bodies into states of Zen.

But for some unknown reason, all hell breaks loose when the clock hits 6:30, and we cannot, for the life of us, figure it out.

So until then, if the topic of bedtime comes up, and you see us openly cringe whilst awkwardly laugh-crying (a skill we’ve unintentionally picked up from our kids), don’t think too much of it. If we look as though we’re suffering from a bout of classic 18th century madness, it’s because we actually are.

Please, just do us a solid and pray for us, because at this point, the only person we can think to blame is Satan himself. 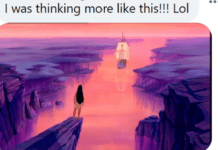