Just like no two snowflakes are alike, no two teenage girls are alike.

Since she was a little girl, Katy has always been someone who goes with the flow.

She’s easygoing, is almost always mindful (my wife’s favorite word) and usually (not always) has a calm and welcoming demeanor. Katy is a strong believer in her Catholic faith and enjoys attending Sunday mass.

My youngest daughter Shanti…well…since she was a little girl, she can at times be defiant, stubborn, strong willed (which is a good thing), feisty, and as my brother Chris likes to call her, a “tough cookie.”

Given a choice, Shanti would rather pick up our dog Blaise’s poop and scrub our trash cans than go to mass on Sundays.

So of course my girls have their differences, but they also have many similarities with each other and their respective friends.

I’ve logged a ton of hours as a dad of teenage girls and if I’ve learned one thing, it’s this: Harry Styles and Timothy Chalamet rule. Styles and Chalamet (who to me always look like they need haircuts) blow everyone else out of the water and are the absolute 1A and 1B when it comes to the adoration of teenage girls.

Okay, as a girl dad I have learned more than that little tidbit about Styles and Chalamet, and I’m lifting the proverbial curtain on certain teenage girls myths vs. facts.

There is a lot of research and science behind my conclusions below and…oh who am I bullshitting? These are strictly my opinions on teenage girls, but I’m sticking to them. 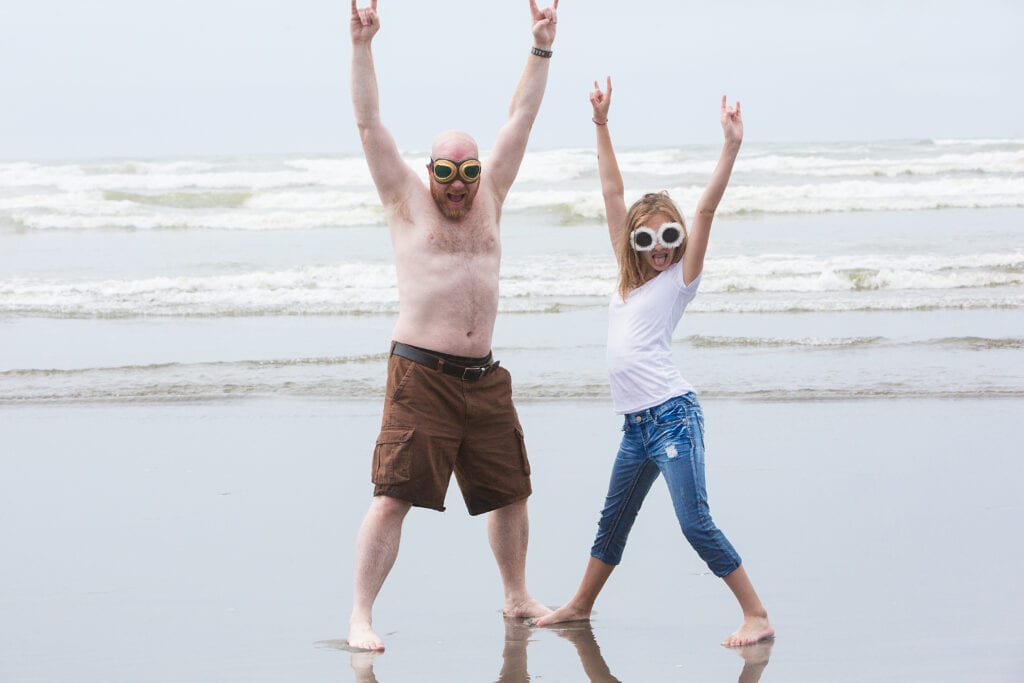 Myth: Teenage girls are tougher to raise than teenage boys

Fact: True and false. I don’t have sons so I can only speak from my experiences as a girl dad.Thus far, on a scale of 1 to 10 (1 being “Easy Like Sunday Morning” and 10 being “I’m ready for the rubber fucking room”) my girls have been a pretty steady 4.8. I’m a lucky bastard because I know parents whose teen girls challenge their sanity on an almost daily basis.

Fact: True. Always have. Always will.

Fact: True in certain dynamics. For example, when you have 400 or so girls under one roof at an all-girl Catholic high school, it is a perfect storm and breeding ground for drama.

Myth: Teenage girls are obsessed with their cell phones and social media

Fact: Hey, guess what? You’re a parent so lay down the fucking law about cell phone use and how much time your kid can spend on social media.

Fact: False. Every asshole I see speeding and recklessly weaving through traffic on the L.A. freeways is some punk-ass kid driving his dad’s Dodge Challenger or a Honda Civic Type R.

Fact: True. Hell, I’d say most teenage girls are more mature than a lot of guys in their 20s and early 30s.

Fact: True. This has always been the case. Guys let things slide.

Myth: Teenage girls are embarrassed by their dads

Fact: True — practically every hour of every day

Fact: True. When my girls go into their rooms to get ready for whatever it is they’re getting ready for, it’s like they fall into an abyss and I have to go pull them out of said abyss so we’re not late.

Fact: False. Welcome to the 21st century and expand your definition of “strong.” A sport like gymnastics, which is typically dominated by girls, requires amazing strength and stamina. Teen girls today are not the teen girls of yesterday (well, I guess technically they are, but you know the point I’m trying to make).

Myth: Teenage girls are only concerned about their friends’ approval

Fact: False — at least with my daughters. My girls really don’t give a shit (my word, not theirs) if their friends approve of their choices/decisions, whatever they may be. As my daughter Shanti said, “If my friends don’t like my decisions, too bad. That’s their problem!”

As parents, we want to give our kids the best we are capable of giving them- we want them to … Read More