Filter Free Parents
Home Mom Life Encouragement I Feel Better When I Stay Up Late – Or Even All...

I have a love/hate relationship with sleep. Naps are the best invention on earth (fight me, preschoolers), but I loathe going to bed. I’m writing this at midnight.

This is not a new phenomenon for me, I have never liked going to bed. My mom loves to tell me how I “wandered the halls like Lady Macbeth” all night as a child – and she wasn’t kidding…and she meant child.

By age twelve, they had given up on giving me a bedtime, and after an impassioned campaign to be allowed to stay up to work on my novel (yeah, I was that kid), I was granted permission to go to bed whenever I wished – as long as I stayed in my room and out of their hair.

By high school, I was regularly up till one o’clock or later. By university, I pulled all-nighters regularly. You would think that by thirty-eight (read: old as fuck), all-nighters would be difficult to pull off now.

You would be wrong. 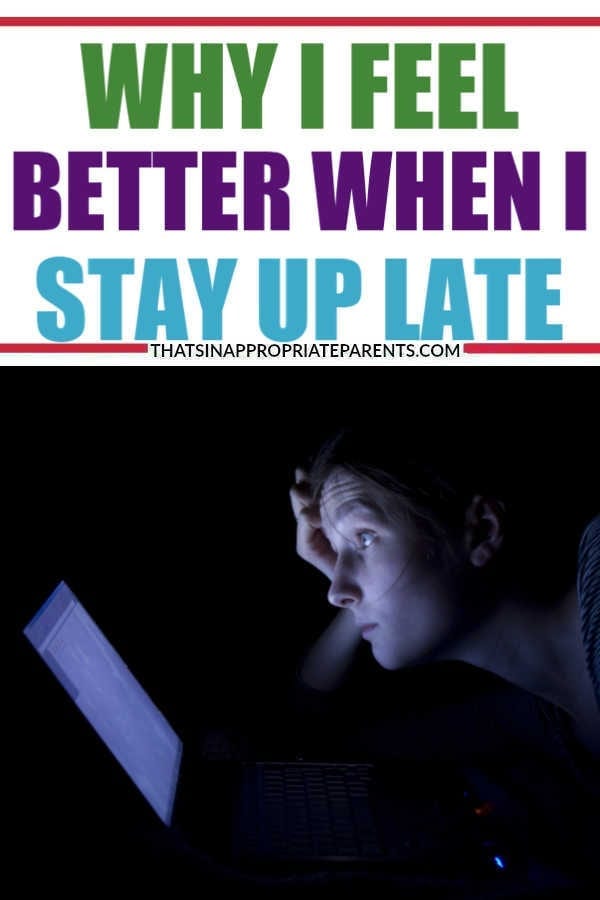 You see after I finish writing this article, I will probably write another one.

And maybe even a third. Then I will turn on the TV and get sucked into binge-watching old Murphy Brown episodes or something on Netflix – or run YouTube video after video of the top 10 things I never knew about Hamilton/90s Pop Songs/Lionel Ritchie.

While doing this, I will fall down the link ladder rabbit hole until I find myself Googling prehistoric versions of animals that still exist (this is a true story. Twice.) Eventually, my five-year-old will bust through my door like the Kool-Aid guy. If it is before six o’clock, I will cuddle up with him and we will both get an hour or two of sleep. If it is after six, I won’t go to bed tonight.

How do I do this and not die? Again, naps! I usually catch at least two or three hours sometime during the day. I know you’re thinking it, but…that’s still, like, four hours of a sleep a day. Yup! I don’t recommend it, I really don’t. I’m positive it is taking its toll on me. So why do I do it then? Because it feels good.

I feel better when I stay up late, or even all night.

My head is clearer after midnight. I’m calmer. I’m focused. I’m creative. When I worked outside the home, I thought maybe it was because it was the only time I had to myself, and so it was the alone time I craved. But now I work from home, on my own schedule (hence the naps), and there isn’t even the risk of Mr. Kool-Aid busting in during the day. I get more time to myself than I spend with other people – but I still crave the night.

Turns out, science might have my back on this. Several studies have shown that sleep deprivation, specifically REM sleep, can alleviate the symptoms of depression in some people. Since I have had depression since I was a child, this might explain why I loved to stay awake then, and why I still do it now. 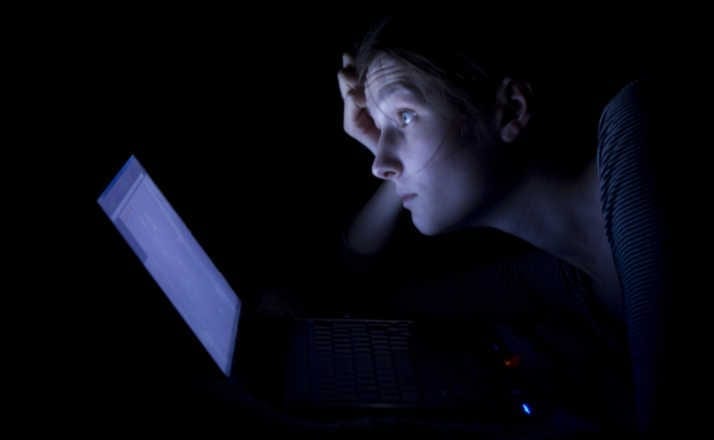 But, yes there are negative consequences to prolonged sleep deprivation

Hold up, though, my fellow depression-mates. Put down the coffee. There is still a lot of research to be done on this subject before it becomes a recommended practice. There are negative consequences to prolonged sleep deprivation – a lot of them – including making depression worse overall. So maybe hold off on the all-night pajama parties for now, and continue to follow the advice of your doctors.

But still, it was interesting to me to hear that there might be a reason I am drawn to sleep-deprivation.

And it is true when I stay up all night, I feel fantastic in the morning.

I feel more alert, more ready to go, and happier than I do on a full night’s sleep – at least until I crash around noon. It can’t be healthy, but it is intriguing, and I’m anxious to see where they go with this as they study it.

And if you are reading this at midnight, allow me to recommend Offspring on Netflix. You’re welcome.

I think it’s safe to say that after the past couple of months of living in pandemic hell, we are … Read More