After GIVING BIRTH to my son and becoming a mom for the first time, I can say without doubt or hesitation that my heart is whole. My vagina, on the other hand, is not.

At my six-week postpartum check up, my doctor began the exam with “Well, that’s a shame.”

Not words you want to hear when you have countless undissolved stitches in a very sensitive area of your body and you haven’t been brave enough to look down there yet to examine the damage for yourself. Almost as bad as hearing that same doctor ask, “Where’s the other needle?” after inserting said stitches. The thirty seconds or so it took to find that sucker were as terrifying as the birth itself.

(Lest I give the wrong impression of her, she actually is a fabulous doctor. I was lucky enough to have a shift change during my labor—Oh joy!—and my kid chilled in my birth canal for a couple harrowing hours while my first doc passed off the baton. The new one walked in, introduced herself, and promptly DELIVERED MY BABY minutes later. Now that’s what I call service.)

“The stitches in your labia didn’t hold.” 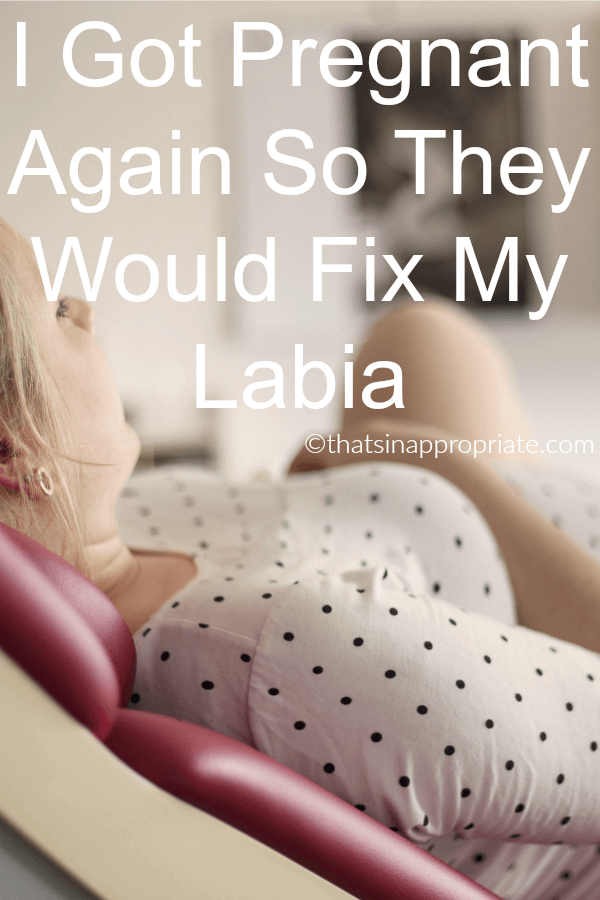 I knew I shouldn’t have done those dang squats so soon after popping the kid out. Like a good little postpartum patient, I had wanted to start strengthening my pelvic floor muscles so I wouldn’t pee myself every time I laughed/coughed/ sneezed/stood up/blinked. Maybe I pushed it too hard?

She nonchalantly passed me a hand mirror so I could see for myself. Without going into too much detail, the left interior edge of my genitalia, which should have run seamlessly from top to bottom, was basically split in two. The top half now formed a completely detached entity of its own. My own little labia finger.

“Well, we can always fix it when you have your next one!”

Seriously? I have to go through this whole friggin’ ordeal AGAIN just to have my vagina fixed?

After the appointment, I sat in my car, put my head on the steering wheel, and sobbed for a good minute (literally a minute—my six-week-old son was in the back screaming his head off).

I mourned the loss of my PRE-BABY VAGINA. To me, it was symbolic of the huge transition that motherhood had been—the literal and physical transformation of every aspect of my life.

I tried bitching to my mom friends about it, but my cries fell on deaf ears. When a group of us got together and the talk of breastfeeding and co-sleeping and teething inevitably turned to “Who has the craziest birth story,” my flappy labia didn’t even place. One friend had had a fourth-degree tear with her son. (As she so eloquently put it, “My vagina and butthole became one.”) Another was in labor for approximately three days before she pushed out a ten pounder.

Since my perineum was still fully intact, they weren’t particularly sympathetic to my plight. 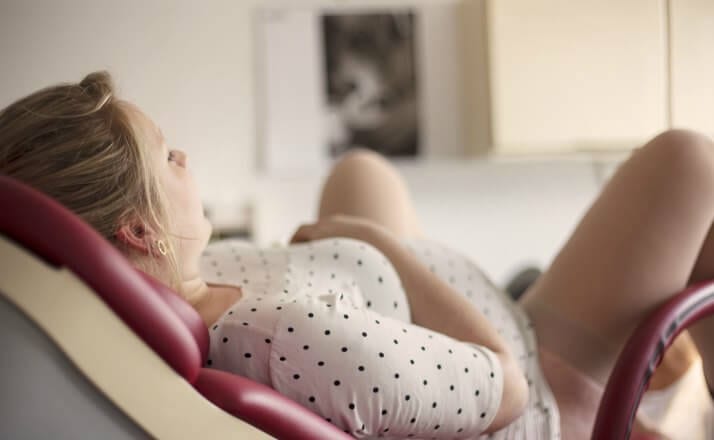 That said, I wish I could say that I don’t worry about it anymore, or that I even think of it like some women do their stretch marks: the courageous, hard-earned stripes of a mother tiger. Rowr. But I don’t feel like a tiger. My crotch is one of those creepy hairless cats. It might be cuddly, but it looks f*cking weird.

Just when I’m starting to forget that it’s even there, when I’m finally getting comfy in this new postpartum bod, my little flap will randomly get caught or tugged in some strange way and I’ll get a little twinge of discomfort. As if to mock me that I’m no longer the same, sexy lady I was pre-motherhood.

I know, I know. This is where you say, “But you’re still sexy! Motherhood IS sexy!” Some of you might tell me to embrace it. (Or suck it up, buttercup.) I say that some things—like stretch marks or a loose va-jay-jay—are par for the course when it comes to pregnancy and childbirth. IMHO, a labia flap is not one of them.

Sometimes, ACCEPTING POSTPARTUM BODY is just not an option.

So I got pregnant again six months after giving birth to my first. Any time I get a question about child spacing from a nosy inquirer, I tell them the truth: I wanted to have a second immediately because I couldn’t stand my deformed labia and wanted it fixed, stat.

That really shuts ‘em up.

Ok, ok, that’s definitely not the real (only) reason, but when I get particularly down on myself about the challenges of having two under two, I can’t deny it’s a small source of comfort.

I might not sleep again for years. I might be swimming in diapers for eons. I might not HAVE SEX again until they leave the house.

But at least I’ll have a beautiful vagina.

And this time, those stitches better f*cking hold.

I Got Pregnant Again So They Would Fix My Labia