With so many of us now working from home, learning to entertain our kids whilst we do so is more than just a little challenging (and anyone who says otherwise is kidding themselves!) Add a toddler into the mix and it’s a bit like trying to put on mascara whilst on a roller-coaster; it just ain’t happening.

You might be wondering (or dreaming) of the day when your darling little toddler will learn to play independently.

Or you may have given up on the idea long ago as you type away on your keyboard, with a toddler wrapped around your leg as if they’ve never seen one before.

Independent play for toddlers is the dream, not just for working parents, but for any parent who would like a hot cup of coffee (if that’s not you, then I wouldn’t bother reading any further!)

But just how do we bring this dream to life? Is it even possible?

Let’s be realistic here, I can tell you that, yes, it is possible – but there’s no magic wand. There are however ways to encourage this kind of sought after play, in a way that might just lead to some child free moments.

Independent Play Is More Than Just A Few Minutes Peace

Independent play is not just beneficial for parents who need some time to breathe (although it’s certainly a motivating factor.) It has been shown that young children who are left to their own devices are far more likely to explore and discover new things, compared with those who are constantly instructed on how and what to play.

An experiment was conducted by the MIT (Massachusetts Institute of Technology) research team, in which a number of preschoolers were presented with the same toy, under different conditions.

Some of the children were shown all of the fun things that the toy could do, whilst some were simply shown what to do with the toy. It was noted that all the children played with the toy, but those who were left to figure out the toy for themselves not only discovered more about the toys features, but also spent longer playing with the toy.

Now this is where I believe the benefits are two-fold, for both parents and toddlers.

Your motivating factor may be to get some work done, or to get the washing on the line, but both you and your toddler are going to benefit from this – they are going to be constantly learning as they explore more, and in turn they are going to play longer, leaving you with more time to get other stuff done (so scrap any guilt – it really is good for you both!) 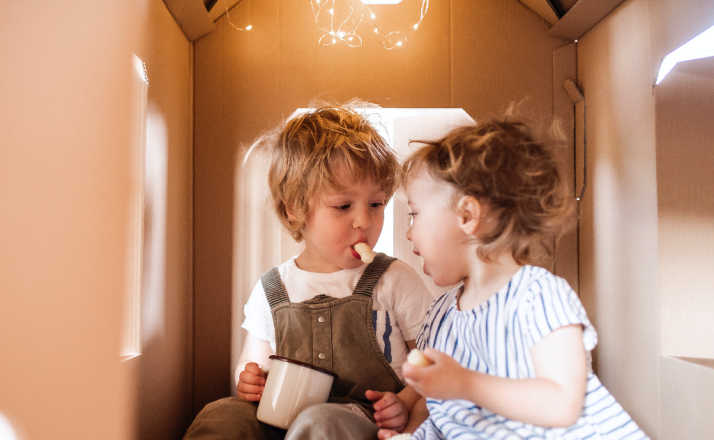 How do I transition My Toddler to Independent Play?

So we know it’s good for both parent and child to have some time apart (by that I mean time spent on differing activities, your child should of course be under supervision.)

But how do you introduce independent play to a child who seems to have no concept of the idea, and who will make it known that they have no intention of playing alone?

Firstly, it’s a skill that can’t be taught overnight (which I know is a hard truth to hear when you’re in the thick of it. But the good news is that it’s not too late for you or your toddler, and with practice, you’ll both get there.)

But there are lots of things we can do to help the process along.

There are a number of things you can do to make the transition to independent play easier, and the first of these is to create a safe place for your toddler to play.

Janet Lansbury who is an advocate for independent play through the increasingly popular Montessori approach, calls this is a ‘Yes Space’; a space where children can explore freely without constantly being told no because something is unsafe or out-of-bounds.

It might be that you choose to make your entire house this way (but I get it, if you like your lounge to look like a grown up lives there too then this may be a bit much!) But you could create a room, or enclosed space where your toddler is free to play as they wish without constantly being told off for playing with something they shouldn’t.

This puts your mind at ease, making it easier to take a step back, whilst your child learns that this is a safe place to explore and play.

Bring Out The Open Ended Toys

When it comes to independent play, you can’t expect too much. Play is not about the outcome, it’s about the process (this is sometimes hard for us as grown ups to grasp, especially when it comes to crafts for little ones, we have an outcome in mind, but our child just wants to create).

This is vitally important to understand if you want to encourage your child to spend some time playing by themselves.

You can encourage this by using open ended toys; toys or objects that can be used in loads of different ways, where the focus is more on the child’s creativity than on the toy. These are very different to toys such as jigsaws where there is only really one way to play.

The skills developed with open-ended toys will ignite a desire for your child to experiment and spend time ‘working things out’.

Some great examples of open-ended toys:

Some examples of open-ended materials:

These are all great options for encouraging your child to get creative with minimal instruction – these child led play activities might just be the pathway to your freedom!

In order for your toddler to learn how to play independently, they need to be given the opportunity.

It might be that as a busy parent you feel that you really have to be super involved when it comes to one on one play time with your little one. But this can often lead to adult led play rather than child led (which is what we’re aiming for with independent play).

For your child to have a chance at learning to play on their own, you first need to take a step back.

If your child wants you to play, then sit with them, ask questions, engage with them, but don’t show them how you think the play should go.

It is very easy as adults, especially when we are bored with the toddler play (yes this is coming from the mum who talks about toddler play for a living – keeping it real!) to step in and mix it up a bit, but trust me this is where the magic happens! Let your toddler take the lead and see what happens, I think you’ll be pleasantly surprised!

Building A Foundation For Independent Play For Toddlers

So much of independent play for toddlers, is about adults letting children take the lead.

As a parent, you can make the transition to independent play over time by:

As you put these things into practice, over time you will hopefully be able to leave your child to their play for short periods of time. Done consistently, your toddler will enjoy time spent on their own more frequently, freeing you to do the things you need to do, or to simply sit down with that hot cup of coffee you’ve been dreaming about for the last 2 years! 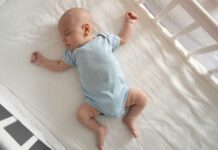 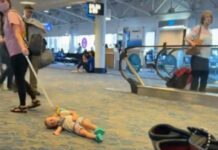 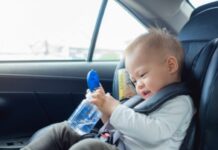 6 Toddler Items That Are A Bitch To Deal With

SNL Skit Nails The Reality Of …

There Is Finally A Book For Ki…


Teacher Calls Out Parents For Smoki…