Filter Free Parents
Home Parents iPhone FaceTime Bug Lets Anyone Listen To You Remotely… Even If You...

I love my iPhone. And by love, I mean LOVE. My phone is nearly always in my hand, and I still giddy about all of the nifty things it can do.

But recent news of a FaceTime bug has shattered my illusions of my iPhone being my best friend. The bug in iPhone’s FaceTime app has given my phone -and yours- the potential to betray us in the worst way possible.

Apple iPhones have a glitch that occurs while making a FaceTime call that allows the caller to still listen in on the person that he or she has called… even if the person called does not pick up.

No. Nope. NO WAY. As someone who dodges video calls like a pro boxer dodging punches, this is my worst nightmare. And probably yours, too.

Talk about a scary, and potentially awkward invasion of privacy.

While the glitch has not occurred on every single FaceTime call recently, certain calls were vulnerable to this phone fiasco 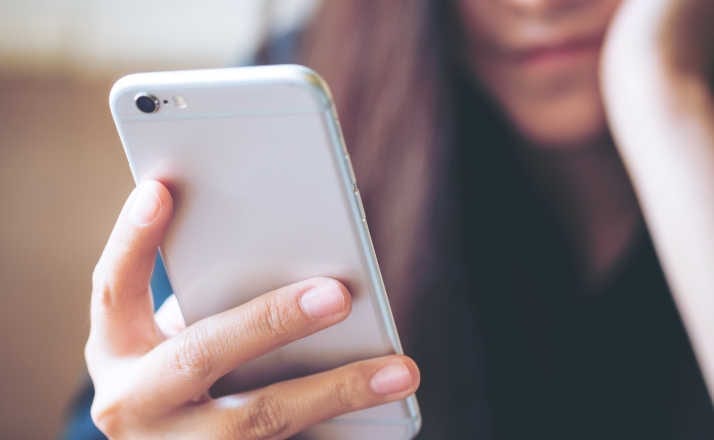 You begin a FaceTime call to someone, but before the person picks up the call, you open the menu option to add someone else to the call. You then choose to add yourself to the call, and then- you can hear everything the person called is doing, even though he or she did not pick up the phone.

So your phone basically behaves like a microphone, without your permission or your knowledge.

iPhone user Benji Mobb was the first person to stumble upon this bizarre bug, and he posted his revelation to his Twitter account, complete with video evidence:

Now you can answer for yourself on FaceTime even if they don’t answer?#Apple explain this.. pic.twitter.com/gr8llRKZxJ

Once Benji’s discovery was noted, the news began to spread like wildfire, obviously- his tweets received over 92K likes in just two days.

And sure enough, others determined that yes, this bug does allow people to call you & listen in on your life, without your permission.

It was tested by CNBC reporter Todd Haselton in a FaceTime test call to his editor, and he found that after following the directions:

Suddenly, I could hear my editor, even though he never picked up. We continued having a conversation while his phone only gave him the option to answer. There was no indication that the call had already gone through.

Now Haselton’s editor was of course aware of the FaceTime investigation. But can you imagine if you weren’t aware of this??

Or, the more disturbing possibility that this has already happened to you and you still weren’t aware of it??

Beyond the obvious invasion of privacy implications, think of the things you might be doing when you choose NOT to answer a FaceTime call.

And realize that those very things could be overheard anyway. What the bloody hell, Apple?! We trusted you & your little white boxes.

Apple has addressed the issue, and has stated that the bug is connected to FaceTime Group Call, a recent addition to iPhones that enables people to chat with multiple users.

They have deactivated the FaceTime Group Call feature currently, and claim that a software fix will be released within the next week to permanently correct the issue.

But that’s a pretty big wake-up call, huh? Sometimes we naively assume that if we have our privacy settings adjusted to the way we like them, we’re “safe”.

But the reality is, when it comes to technology, you never really know where your privacy stands & what the rest of the world is really accessing about you.

In the meantime, you can disable FaceTime until the software fix is released, and assume that Big Brother is listening… or anyone else, for that matter.

Sexual Use of Eggplant And Pea…