Unless you’ve been living under a rock somewhere, you’ve heard about the Netflix sensation, “Squid Game,” which is on track to be Netflix’s worldwide most-watched show of all time. And it just came out in September.

It’s a Korean thriller/mystery about desperate people playing children’s games for millions of dollars. If you lose, you die — and often in gruesome ways. The show gets its name for the very final game the contestants have to play: Squid Game, a game that’s specific to Korea.

If you’ve heard of the show chances are good you’ve also heard about how it’s hyper-violent. You can imagine with games like “Red Light, Green Light” being portrayed on screen, kids may want to reenact these scenes. Schools across the country have banned the popular recess game to avoid any violent renditions of the game.

It’s been hard to avoid the numerous articles that have come out on popular parenting sites like Scary Mommy and Her View From Home that say you should unequivocally not let your children near this show or they will be scarred for life. 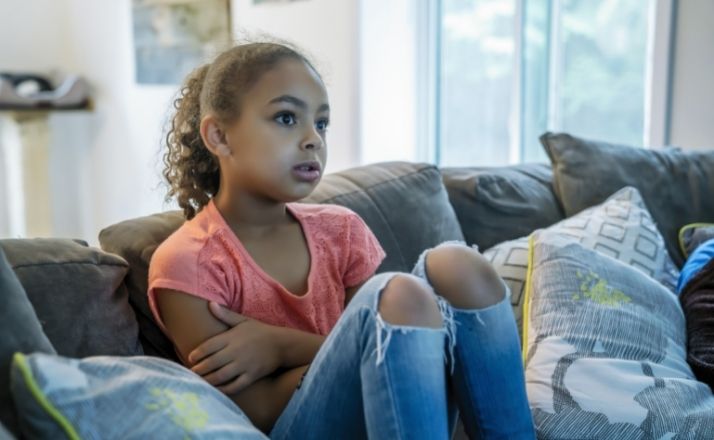 Well, my kids watched “Squid Game” and everyone really needs to calm down.

I’ll just start with the obvious. I am aware of the rating. This show does have a TV rating of TV-MA, so if you’re the type to go by those kinds of things it means “this program is specifically designed to have one or more of the following — crude, indecent language, explicit sexual activity, or graphic violence.” And yes this show has it all, folks.

This viral sensation is not going away. If your kids play the popular online game Roblox, chances are good they’ve played the Squid Game knockoff “Fish Games,” which reenacts the same games depicted in the show, and also a couple of new ones.

“Squid Games” memes are so prevalent it’s being incorporated into some of the most popular memes out there, becoming part of our daily life and pop culture staple.

Do I think you should let your kids watch it “because everyone else is doing it”? Absolutely not.

And if you are dead-set against it then you definitely need to follow your parenting instincts, because only YOU know your child and how they’ll react to certain visuals.

It’s not like my kids went right from watching “Bluey” one day to acting out “Squid Games” the next. From the get-go, my middle child has been drawn to anything spooky, scary, or downright weird. “Goosebumps” and “Stranger Things” were his gateway drug to “Child’s Play” and “The Ring.”

So many times my husband and I have looked at each other and wondered if we’re truly screwing up our children. When my son was 4, he was Slappy, the evil ventriloquist dummy from Goosebumps, for Halloween.

He was so upset that everyone thought he was a vampire. He had no idea that other 4-year-old’s might not watch this same show. This was like other kids “Caillou” and “Elmo” obsession. Once he found this niche, he was all in. He got his siblings into it too and now we follow their lead.

If you’re on the fence about whether your child could see “Squid Game” or not, I am here to tell you the other side to the parenting articles you’ve already read: Your child will be fine.

The truth about kids reenacting media violence is a complex issue. I wish too that it was as simple as getting rid of violent images and you would eradicate all violence in real life. Wouldn’t that be a nice and tidy solution?

It’s so much more complicated than that. There are many risk factors for violence like addiction, a history of violent victimization, economic disparities, and so much more.

Kids are able to distinguish real life from pretend far better than we give them credit for. They can easily search on YouTube for the behind-the-scenes and get a close-up of how they filmed these gruesome pieces.

Kids can easily see this is fake, and they also see their favorite actors doing interviews and press. Kids now have a much easier time being able to distinguish reality from fiction because of all this. The curtain is pulled back on the things we are scared for them to see.

Let’s do the hard work of talking to our children. First, why do these people feel like they have no other choice than to play this game? What would make someone so desperate?

You can talk about poverty, about addiction issues, and the dangerous lengths you might go to if you’re in the throes of either. Talk about sex. Talk about being a good friend, and how money does not make you happy.

Is this going to be like an after-school special with a ton of teachable moments? Of course not.

But I’m always looking for ways to broach these topics with my children. So when they come up I run with it.

I will not always be the gatekeeper for the media my kids consume. I can only trust that I am raising good humans who are able to make responsible choices about what they want at their gate.