You have not lived until your child vomits deep inside the aisles of a retail store.

I was shopping with my son recently on a mission to get several errands done; however he clearly had other plans. When the first wave hit the floor, I felt an overwhelming sense of panic with a side of needing to flee; followed by the realization that I was completely stuck.

Unless you are lucky enough to experience the barfies right next to the bathroom or close to an exit, you are totally and completely screwed. There is not a single thing you can do. I had nothing to use and nowhere to go. In the moment I realized that I could rail against this situation with all the brute force I could muster, but I would likely die trying.

This was not at all how I had the day planned. In fact I had several other plans for this day. But as my fate would have it, I had no other choice than to just go with it. Wave after wave hit the floor as we gingerly made our way to the nearest exit. His entire body, my legs, and my adorable animal print flats all were collateral damage. Not a glimmer of the day I had planned remained.

I have always been a planner. Planning makes good sense, right? I have learned over the years that while we may think we have things planned out, MOTHERHOOD has a way of telling how things are going to be, instead. 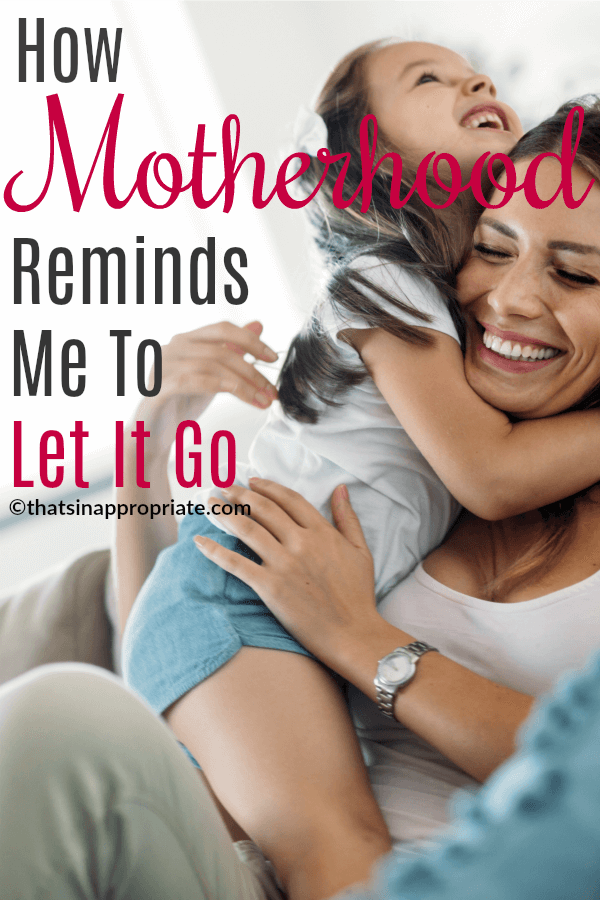 I had the last few weeks of summer all planned out. We were going to spend every last glorious minute of sun and swim relaxing by the pool. It was going to be grand. Then my daughter broke her foot.

I planned on breast feeding my son for at least three months until he decided six days in that he wasn’t a breast baby.

I had plans to sleep in and relax on Mother’s Day but someone had a horrible case of croup and we ended up in the ER instead.

I wanted to paint our kitchen table blue. Hell, I planned on painting our kitchen table blue until my husband expressed his dismay over my plans. I had to let go of the ridiculous notion that I’m the only person in the house with ideas or opinions. Or, that my ideas are the best and the only ones that matter.

I let go. And guess what? We put our ideas together and came up with a much better plan for the kitchen table. In fact, it was better than anything I could have imagined!

What I have found over the years is that motherhood requires one of the most difficult things for me as a planner – to let go. It takes a brave soul to admit the unadmittable and I like to think that on my better days, I am that brave.

It’s true. Strip away the ridiculous dress and impossible waistline, cut her hair into something reasonable, and therein lies the truth. The only way I will get through this life with my sanity intact is to let it go. LET ALL THE UNNECESSARY SHIT GO. 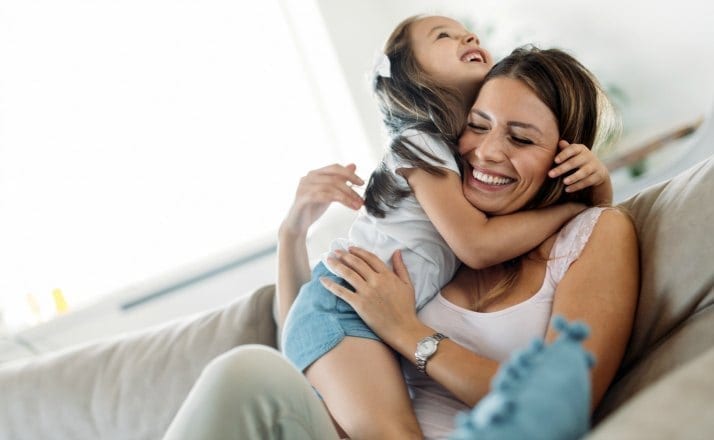 I realize that most of this is small potatoes. However, I have found that letting go of the little things is the only way I will ever get through the big things. Believe me, I know.

There is nothing like a surprise cancer diagnosis to totally fuck up your plans. I sit firmly in the realization that I have very little control over my surroundings and I have to be okay with that. I feel like I have a strong foothold on what’s for dinner, but that’s about it. Some days even that goes flying out of the window.

While letting go sometimes takes my breath away, I realize that it’s the only way I can function. I have found, to my utter surprise, that when I truly let go, despite how uncomfortable it may make me feel (and it makes me feel very uncomfortable), the world does not stop turning.

No one dies in some horrible dramatic fashion.

It really is all very much okay to let it go.

While I admit that when things in my life have not gone as I planned or ended up as  I imagined they would, there was certainly DISAPPOINTMENT in what I had hoped for. I’m an imperfect human; so yes, I mourned the loss for what I planned for.

But by keeping an open mind and being flexible to the possibilities, usually what I ended up having was just a nice. In some cases, better! While things may not have been exactly what I had imagined in my mind, they often turned out to be just what I needed.

I discovered that my disappointment didn’t exist because I was no longer happy with our circumstances. In fact, some things ended up being actually everything we needed at the time. My disappointment existed because of my expectations.

More often than not, there is a great divide between what we expect to happen and what actually happens and within that gap is where disappointment lives.

So, to preemptively ward off future disappointments, I hereby declare everything in the near future, expectation free. If something happens, bonus! If not, it’s completely okay because, honestly, I was never really planning on it anyway.