Sometimes I wonder if being an introvert means I can’t raise an extrovert. Recently I found myself wondering, for about the thousandth time, Do I really need to look at and talk about and compliment every damn part of every single new drawing? I mean, all of them?

And then, for the thousandth time, I felt like a bad mother. Is this normal? Am I doing this right? Shouldn’t I adore every bit of each project my son shares with me? Isn’t it a good thing that he wants me to be involved with what he does?

My son is a pre-teen and, according to popular wisdom, should now be a cave-dweller. He’ll only come near us at mealtimes, and sometimes not even then. He’ll talk to his friends more than his parents. We’ll make jokes about double-checking the picture in our wallets to verify that it’s really him when he finally emerges. He’s at the age where that behavior is beginning, and it will only get worse when he’s a teen.

I’d better cherish each second he wants to be around. Right?

Yeah, no. Not so much. At least, not with my extrovert. Sure he likes to talk to his friends more than us boring parent people, but when his friends aren’t available he doesn’t even consider not talking. He never disappears into his room. Any interaction is better than no interaction. Being sent to a room, alone, is a form of punishment bordering on torture for him. And he won’t leave me alone.

He wants my opinion on the latest meme he found (it’s ridiculously stupid). He needs my thoughts on the latest additions to his ever-growing, detailed diagram of troop movements, weapons, armor, and forts in his totally made up world of war (they’re actually pretty amazing). He’d like to know the plans for tomorrow (I’m doing dishes, either help or go away).

There is a fundamental opposition going on here. For a long time, I beat myself up about it. If I were a caring mom, I would ignore my need for space and give my outgoing son whatever time he desired. If I wanted to be a good parent, I had to shape myself into what he needed.

Ignoring my own personality turned into a disaster. The more I tried, the more drained I felt. The more drained I felt, the shorter my patience got, and the greater the temptation to let the TV or tablet babysit him for a while just so I could have some time to myself. Which made me feel like a terrible mom. Again. And round and round we went.

Finally, I got off of that spiral and found some balance. I’m raising an extrovert. I’m an introvert. There will always be some clashing, unless I remember to negotiate. 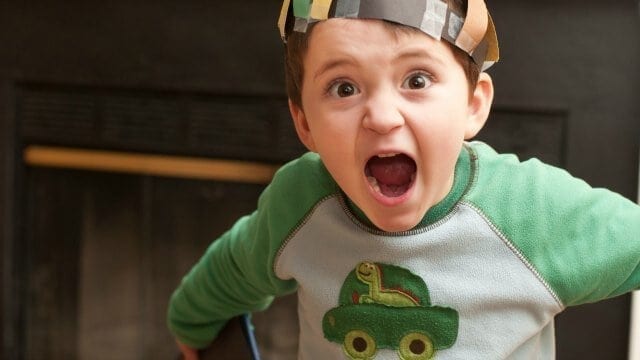 The time right after school is designated interaction time. That’s the time for him to bring out every drawing, start every conversation. During that time, I make sure I’m available and ready to give him the attention he needs. I try to fill him up with recognition, and praise his personality. It’s a good thing he’s so friendly, and approachable. He’s enthusiastic, and creative, and involved.

We’ve talked about how Mom feels a lot better when she has some space without anyone else in it. So after dinner but before bed is when he finds something else to do. And we all feel a lot better when this balance is achieved. We, mostly, both get what we want. Raising an extrovert when you’re an introvert can be complicated, but I finally feel like it can be done without a major breakdown. But after dinner? That’s my time. Mommy is officially closed.