Looking through the lens as a parent of a child with special needs makes you look at the world totally different than you did before you had that unique little person enter your world.

For me, my 6 year-old son has taught me how to be more compassionate, understanding and protective of what I hold close to my heart.

I’ve always been honest about my son’s diagnosis and his every day struggles. I believe that having conversations about autism and how it affects the way my son sees and interacts with the outside world is very important.

Autism can cause extreme social deficits in those affected by it.

My son is not an exclusion from this fact. It took him years to be able to carry on a full blown conversation with me or my husband and while other kids were playing tag and running down the slides together at the park, my son was off in his own little world or sitting on my lap on the side lines.

With a lot of therapy, desensitizing him to sensory overload meltdowns and attending a preschool for special needs children, my son has really blossomed into a sweet, intuitive and mostly outgoing little boy.

I receive compliments on a regular basis from teachers, staff at his school and other parents about how well behaved and nice he is.

When we walk by our neighbor’s house their kids wave to him and he waves back, signifying to me that they must know him from school and have taken the time to get to know him even though he’s not in their grade.

While I love that my son is well liked and comes home almost everyday from school to tell me the name of a new friend he met on the playground that day, I don’t want kids to be friends with him just because he has autism. 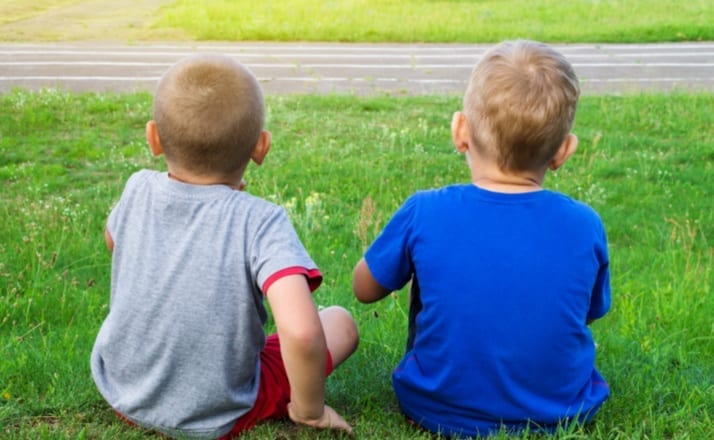 I know this sounds like a fruitless worry, but when you have a child that can’t quite read social cues or body behavior like the majority of us can, you think about things from a different angle. That includes when it comes to making friends.

I appreciate that some people he will meet in his life will already know he has autism before meeting him since we are so open about it. But, for just a few times in his life, I’d like them to get to know the boy behind the diagnosis.

For some people, hearing the diagnosis puts ideas into their head about how he will act, think and exude himself. What so many people don’t understand is that all people on the autism spectrum are very different from each other.

While they all suffer from the same disorder, they all have varying degrees of autism and are also unique people so the way autism portrays itself in each individual is very specific to that person.

I don’t want other people feeling sorry for my son and thinking that being his friend will somehow compensate for that. Because, in fact, he is extremely gifted.

While his early life was difficult, and he’s fought hard to get where he is today, he is truly a special person. He’s light years ahead in mathematics, has the ability to pick up on other people’s emotions and isn’t shy of asking them what is wrong. If he has something to say, he’s going to say it.

All of these qualities are because he is on the autism spectrum.

Amy Schumer spoke of similar qualities that her husband possesses, that were also the ones that made her fall in love with him. He husband was diagnosed with ASD later in life.

In her Netflix special, “Amy Schumer: Growing” she said, “Once he was diagnosed, it dawned on me how funny it was, because all of the characteristics that make it clear that he’s on the spectrum are all of the reasons that I fell madly in love with him. That’s the truth.”

Amy sums up the way I feel about wanting my son to find his friends naturally.

I want “his people” to meet him and not see a special needs kid. I want them to look past his labels and really see who he is as a person. If people can do this, then I think that he will be a life long friend to them. And as a mother, I can’t think of anything better.