I remember as a kid the rage kicking in when my mother would lose it and start yelling at us all, and she’d be angry and avoid us all the rest of the night.

That woman did so much for us and as kids we just took it for granted.

I’ve seen other mothers’ frustration mount as the kids tear up the house and no one steps in to clean it all up, and she holds it in, sometimes even apologizing for letting her frustration be seen.

I can feel it when I’m about to beast out in that infamous motherhood rage.

The feelings of being overwhelmed, the frustrations of everyone else’s messes, and annoyance at anyone else’s lack of care to step in boils to the top until it’s an erupting volcano of emotion that comes spewing out in uncontrollable yelling and anger.

None of us envision ourselves as nags as mothers.

That sure the hell wasn’t what I expected of myself when I began this motherhood journey almost thirteen years ago. Yet when we finally reach our breaking point and erupt everyone’s looking at us like “whoa, what’s wrong with you?”

We’re left wondering how can something so obvious to us be so oblivious to the rest of them?

I’m not saying as women and mothers we shouldn’t do things for our families, but we need to stop being their servants and their doormats.

When we try to draw those boundaries at first there’s going to be resistance of these boundaries and expectations but we must hold the line, mamas.

In so many ways we are selfless. We put others’ needs above our own, we make sacrifices, but we do it again and again.

However, I’m learning there’s a balance to be found between being selfless and selfish.

As women, we love to take care of everything and everyone but all too often we put ourselves last and we especially get so caught up in that in the beginning of motherhood.

But as time wears on, we realize we abandoned ourselves.

There is still this unrealistic vision of a mother as this selfless woman who gives her all to her children, her husband, and house. 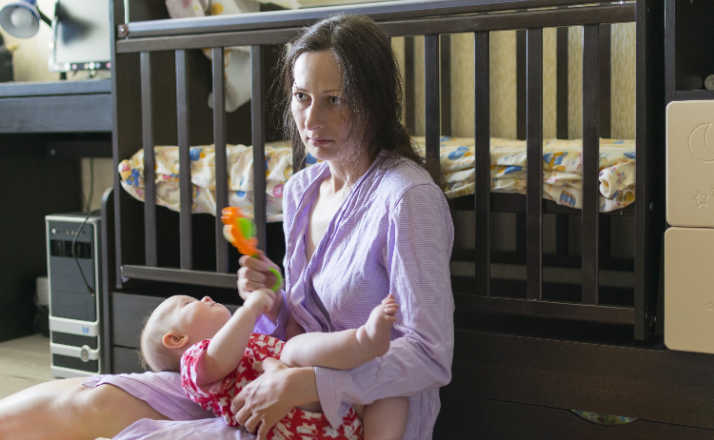 Even though it may feel like the right thing to do in the moment- to abandon our career, our interests, and even our friends- it’s totally the wrong thing to do. We’re just going to end up bitter and resentful, raging out more and more.

Our children will grow up. They leave. They will build lives of their own.

Our lives don’t end when they grow up and make their way in the world.

Not only does abandoning ourselves for the years our children are young and growing up leave us lost in the empty nest years, but to give up too much of yourself in the early years of motherhood can also leave us so lost and alone right when we’re in the trenches of motherhood.

As women too often we are what sinks or sails the ship our family is sailing through life on.

That’s a lot of pressure in knowing our happiness or unhappiness is what dictates the atmosphere of the whole household so making ourselves a priority not just occasionally, but at some point every day, matters!

Our identity of mother is just one of our many layers. Mother is part of who we are but we should feel in control of that role, not feel like it controls us.