Autumn is one of the most magical times of the year to feel inspired – especially for baby names. From pumpkin patches and apple orchards to cozy bonfires and warm sweaters, there are so many things to be excited about, including finding the perfect name for your baby.

What could be more poetic than autumn? With that in mind, we’ve picked out 78 adorable baby names that have the perfect ring of autumn to them.

From A to Z, we’ve found the most beautiful fall baby names for your little one! 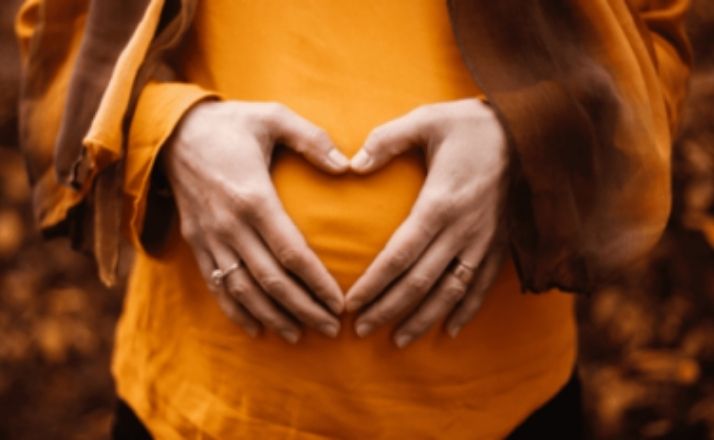 Ash is Hebrew for “happy” and comes from Asher, one of Jacob’s sons in the Old Testament.

Aurelia is Latin and comes from Aurelius, which means “the golden one,” and is often used as a feminine name.

Azure is a Spanish name that means sky blue.

Barley is an English name that means “grower or seller of barley.” We especially love how this name sounds; it brings up cozy memories of fall.

Birch is a British name that has seen a rise in popularity in recent years. It means “bright and shining,” which is exactly how we imagine lovely birch trees dotting a dark green forest.

Blaise is an old French name that once referred to a lisp or stutter; however, this name has become more prevalent in recent years because it sounds more like the beauty of an autumn bonfire.

Cedar is a relatively new gender-neutral American name that appears on many baby names lists but is rarely used, making this name a unique and lovely option.

Cora was originally another name for the Greek goddess Persephone and meant “maiden.” We love how the name Cora brings to mind lovely orangey/peach/coral colors, an autumn staple.

Crimson red signifies passion, courage, and vigor. The color is bold and deep, making it a perfect splashy hue for our favorite season.

This beautiful Scandinavian name is a type of flower that grows all summer and into fall. When the rest of your garden is beginning to wilt, these gorgeous flowers stand tall and colorful.

Dakota comes from the Santee Sioux language, and it means “friend” or “alliance of friends.”

Daphne is an old Hebrew name that means “victory.” In ancient Greece, Daphne meant laurel, like the bay laurel plant with those lovely aromatic bay leaves we use every fall for stews and baking.

A lovely twist on the name Amber is Ember, a charming and lovely fall-inspired name.

Eve was the first Biblical woman, created from the rib of Adam. She bit that tasty red apple, and the rest was history.

Emerald gems come in so many gorgeous, earthy shades of green. And with adorable nicknames like Em and Emmie, this is a super cute name to add to your fall-inspired baby name list.

Ferns are precisely the type of plant we think of when we picture ethereal, autumn woodsy cottages with a slight witchy vibe. And with nicknames like Fairy, Effie, and Fen, we love this name.

In Welsh, Flint is the name of a rugged, head-strong individual who can handle anything.

Forrest is an old French name for “someone who dwells in or very near a royal forest.” Sounds fancy, right? But these days, Forrest is a metonymic name intended to bring to mind the beauty of forests.

Garnet is another lovely fall-inspired baby name that comes from the world of earthy gems. These valuable stones are found in deep reds, oranges, and greens.

Ginger is basically the main ingredient for fall. This ancient, aromatic spice is also a euphemism for someone with red hair.

A griffin is a mythical winged creature with an eagle’s head and the body of a lion. They are known as dangerous characters in history, but they symbolize strength and leadership, making Griffin a fabulous name.

Hawke is an old Anglo-Saxon name that was once spelled Hafoc and is given to someone with a wild disposition.

Hazel is an old name usually given to girls. It is inspired by the hazelnut tree, which is harvested in the fall.

Hunter has become more popular over the years, and with good reason. This lovely, fall-inspired name quickly brings to mind strength, intelligence, and a penchant for being outside, which is excellent since this old English name means “one who hunts.”

Indigo is the ‘I’ in R.O.Y.G.B.I.V, and it’s a gorgeous deep blue that looks an awful lot like the late fall evening sky.

Ivy is another name from the plant world that has been popular forever. In fact, Ivy is as old as the Bible, and it means “God’s gift.” But it is also a beautiful garden vine that grows up brick walls and makes everything it touches look enchanted.

Inara is a lovely Arabic name that means “ray of light” or “sent from heaven.”

The name Jack comes from the Middle English name John, and it means “God is gracious” or “the grace of God.”

Jasper is an old name that can’t be precisely tied to any one place or time, although it is commonly thought to be Persian in origin and means “treasure.”

Juniper is a sweet and fun name that comes from the Juniper tree, an evergreen that smells like cedar, lemons, and apples.

Kasper is a Polish version of the Persian name Jasper; it means “treasure.”

This lovely Irish name means “little dark one” and is perfect for babies born in the fall when the light of day gets shorter and shorter.

Laurel is the beautiful plant that grows the heady herb bay leaf. The names Laurel and Daphne are closely associated with each other.

This name might sound like an amusing one, but it’s quite old and respected. This Old English name was once spelled Leofa, and it means “dear” or “beloved.”

In old folklore, Lilith — or lilû — was a Mesopotamian demon or monster belonging to the night. These days, Lilith enjoys a near-permanent spot on the Social Security Administration’s top 1,000 list.

Mae comes from Mary and means “star of the sea.” It is also Portuguese for “mother.” It’s an uncommon, lovely name.

Marigold are those quintessential fall flowers we see popping up on front steps everywhere. In gorgeous shades of oranges, golds, and reds, these flowers just scream fall.

Moon is an inventive new name showing up on baby name lists. If it’s a little too out there in the orbit for your taste, try Luna or Artemis, which are the names for the goddess of the moon.

Nova is Latin for “new,” but it describes a star with huge bursts of energy.

November is the Latin word for “nine.” It is also an Americanized, gender-neutral name for babies born in the fall.

Nutmeg is usually used for girls and is shortened to Meg.

Olive is an old name that comes from the Olive tree and is typically used to represent peace. Hence the phrase, extending an olive branch.

Opal is Sanskrit for “gem” and is the birthstone for October.

This French name means “golden town” and was invented for a literary character in 1778 in a short novel titled “Evelina” by British writer Fanny Burney.

In Greek mythology, Persephone was Zeus’s daughter and the goddess of agriculture and rebirth.

Another name that means “rebirth,” Phoenix is a beautiful name that is often associated with rising from the ashes.

Pine comes from the Celtic tradition and can be spelled as Pyne or Pinn.

You might think this name has everything to do with a feather pen, but you’d be mistaken. Quill is an old Irish surname (Ó Cuill, Coll, Coill, and O’Coill, namely) that the English borrowed to become Quill or Quille.

If you’re looking for an original name that no one else will likely have on their list, then Quest is it. One naming website ranked it as 35,582 in 2010 and 14,426 for all-time popularity.

Quinton is an Old English surname that comes from the word queen.

Raven is a unisex name inspired by the dark feathered birds we so often associate with autumn.

Rosemary means “dew of the sea,” but it is also a fall staple herb that makes everything smell like love.

Rue is an English name that is derivative of the name Ruth.

Saffron is an Arabic name (originally Za’faran) that means “yellow.”

Sage is an old French name that means “learned” or “wise” and is widely popular for boys and girls.

This old English name means “small bird” and is such a lovely autumn-sounding name.

Topaz comes from the Sanskrit word for fire.

Tawny describes hues of color between orange and yellow, which is a perfect description for fall.

Uri is Hebrew for “my flame, my light.”

Umber is a rich, dark brown that painters use to add depth and warmth to their canvas. It is also an old French name that means “shade” or “making shade.”

Violet is another name for purple, but it is also a sweet flower.

Sure, many Saints have the name Vincent, but Vincent Price is also the coolest, spookiest American actor ever. His iconic, deep voice is forever linked to Halloween.

Wheatley is an old English name for a wheat field and comes from the spellings “Hwoete” for wheat and “leah.”

Did you know the willow tree is one of the nine sacred trees in the Wiccan religion? Willow is also traditionally used to make witches’ brooms.

Woods is a name that has been around a very long time, albeit as a surname and not as a first name.

Xander comes from the name Alexander and means “defender of man.” It is also a popular name in the United States.

Xyla (pronounced with Z sound) is Greek for “wood dweller” and is closely associated with the name Sylvia.

Yarrow is a golden yellow wildflower that appears in the late summer and fall and has been used medicinally in multiple cultures. It means “enduring love.”

Yvette is a gorgeous feminine version of the French name Yves and means “archer.”

Yasmine comes from Jasmine, which is a fragrant, sweet flower.

Zea is Latin for “wheat or grain” It is closely associated with Zea are Leya and Tea.

Zuri is Swahili for “beautiful,” just like the most beautiful time of the year.

Zev or Ze’ev is Hebrew for “wolf.”

Which of these fall-inspired names make it on your list? Want more baby name ideas? Check out these posts:

Your Future Grandkid May Be Named Ione or Helix. Experts Reveal The Most Popular Baby Names Of 2050

The Best Baby Names For 2021 You Need To Consider

Parents Are Sharing Their “Un…

I first heard the term “virginity” at my babysitter’s house, watching “Grease.” It was the sleepover scene and Rizzo, decked … Read More