“And what does Whitman want to be this year for Halloween?!”

I usually roll my eyes as the words hang in the air. In his almost seven years of life my son Whitman has never really cared for Halloween.

It isn’t from a lack of trying on our part. Every year we get numerous costumes. We attempt. We battle.

What should be this incredibly fun time in his childhood is just stress and tears, more from me than anyone.

I have tried to throw expectation out the window, but I’m just a human who loves Halloween and really deep down just wants her son to love Halloween too.

In years past we have had problems finding a costume. We usually stick to the street clothes idea. 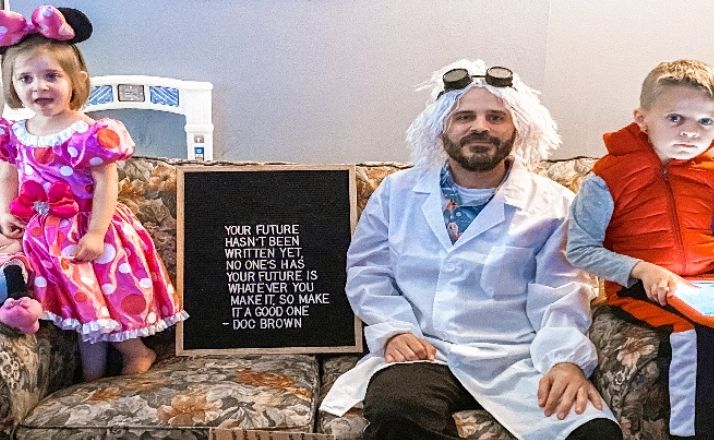 We were looking for a costume for Whiman that was soft, comfortable, and maybe wasn’t too heavy.

He isn’t a fan of an outfit that’s weighted. We also want one that has minimum zippers and buttons.

Whitman is OCD about how high his zipper is, and no matter what size he is, his buttons have to be on the tightest hole.

We have been hopeful this season that we’ll be able to confidently tell people what Whitman is going to be. With his lack of interest and needing a not so “costumey’ costume, we are hoping this year we can find a winner because previous years have been rough.

Two years ago we tried to have Whitman be a squirrel. It was the cutest costume. We worked with him in therapy and school. We brought it out at home. Seriously, we were the squirrel’s hype man.

Whitman would not come close to it.

Thankfully, I had bought a dinosaur sweatsuit from Old Navy so we went that route instead.

Last year we thought maybe he’d like to be something new but every costume from Superman to a puppy ended horribly.

So we opted for him to be Elliot from E.T. It was the perfect plan. I found an E.T. doll on Amazon and we made his tricycle look like the iconic bike.

Then trick-or-treat time came. And Whit wanted nothing to do with the tricycle. We also somehow lost E.T. So he was just a kid in a red hoodie.

At his school Halloween party, his teacher put a name tag on him that said: the kid from E.T.

I felt like I should be embarrassed or heartbroken by this but I wasn’t. I laughed.

Because it summed up Halloween with a child on the spectrum. It never goes as it’s planned. You can feel like an ongoing failure especially around the these types of holidays.

But then we were made aware that Disney, Target, and other chains were making adaptive costumes for kids with sensory issues.

This had me excited. Maybe this year would be the year that we could find a costume that Whitman would wear!

Maybe he could be a soft fuzzy monster and rock it with pride.

Or maybe he could be a Disney character.

Maybe, just maybe, he would tell us what character he prefers from Disney and that could be the win of Halloween.

I’m grateful that society is starting to accept kiddos who have different abilities and very different needs. Adaptive costumes is a step in the right direction. 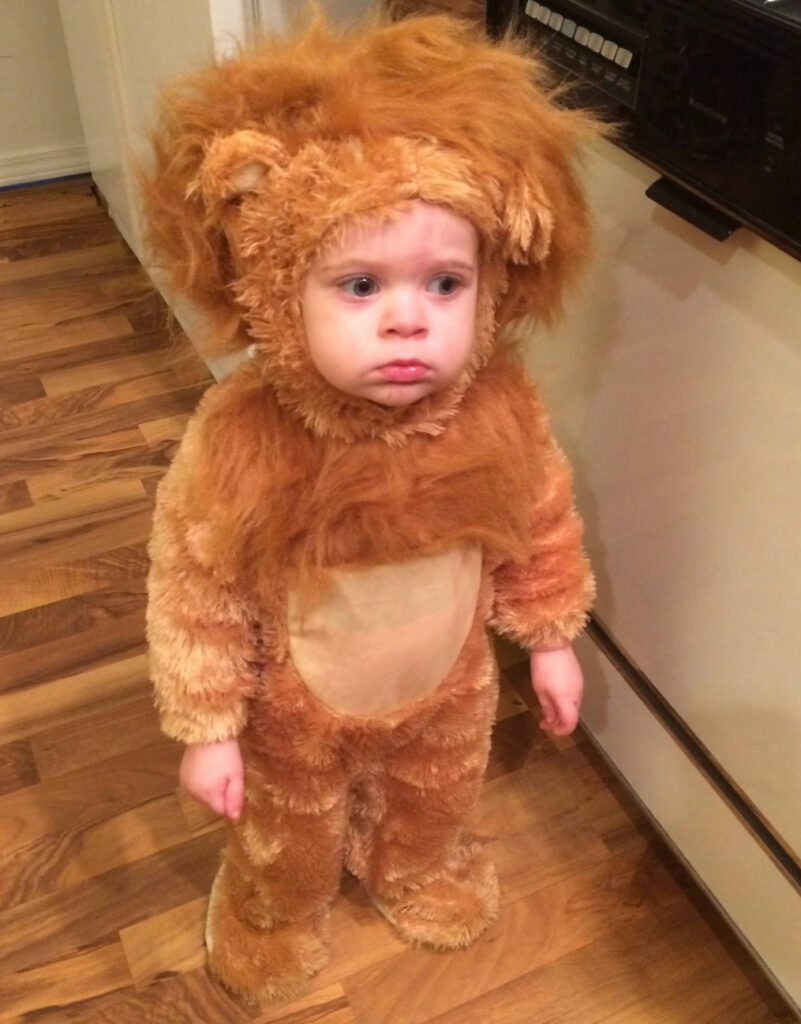 Not every child fits a specific mold. It’s almost a salt to a never-healing wound when you go into a store to buy your toddler a costume and know that your sweet 6-year-old doesn’t have a costume that will work for him.

We can’t pick up his costume at Target at the last minute. There has to be weeks of thinking, with outlines and picture boards involved. It’s so overwhelming.

This year with the adaptive costumes at various big box stores we have some hope that maybe this will be our year to rock Halloween.

It’s so nice to feel represented in this world.

The number one thing I’ve learned in the Autism world is you’re always advocating for a place at a table that isn’t made for you, but you want to fit in so you force yourself to be at the table.

In years past for Halloween, I’ve felt like that for Whit. I felt like we already don’t belong.

We see the stares when our super tall almost-7-year-old babbles instead of speaks.

When he’s overwhelmed in a situation and he just lays down or even worst just screams.

This Halloween I feel a glimmer of hope, like society is slowly starting to see Whitman. See him for this amazingly curious, obviously smart, but a little quirky, sweet boy.

In our world we hope in different ways.

We hope that Whitman will walk for Halloween.

We hope that he’ll have fun.

We hope people won’t stare as we attempt to take him house to house.

This year we hope he’ll wear his mask and that won’t be a thing.

We hope that there isn’t a meltdown. Last year there was a meltdown. It was awful. I’m still on the fence about if we’ll be present at our yearly Halloween bash with my husband’s family.

We hope this will be the year Whit picks his Halloween costume.

This year we are a little more hopeful because Whitman has adaptive costumes geared toward his needs.

I think we’re leaning toward a shark!

*This post was originally published on Finding Cooper’s Voice and is shared with permission.

Mom Rescues A Semi-Driver From…

I work a full-time freelance writing job, and during the two years of the Covid-19 pandemic, I have been home … Read More